According to a recent survey, 70% of brides and grooms want their wedding to be described as fun and that's just what Alive Network want too! Take a read of our latest blog where we'll be highlighting some of our quirky, cool and fun-loving wedding bands & wedding entertainers who guarantee to make your special day awesome!

According to the Splendid Insights 2012 UK Wedding Study, 70% of brides and grooms asked wanted the 'Best word to describe how they wanted their wedding to feel' to be FUN!

And that's just what Alive Network want too! We've got so many great performers, we hardly know where to start, so for this blog, we're going to highlight some of our more unusual, quirky, special, amusing, astounding, ingenious wedding entertainment acts to make your wedding the most awesome, fun event your guests will attend this year!

The difference between a fun wedding and an awesome fun wedding is simple; putting on the right entertainment at the right time. Make sure your entertainment matches the mood of the moment. Pace performances throughout the whole day, keeping the energy flowing and the surprises coming. And most of all, keep it in the style of your whole wedding, whether retro, family, city sophisticated, country house elegant, or just plain crazy!

Every wedding ceremony is both a formal requirement and a celebration, so you can start the fun from the moment guests arrive. Have lookalikes show people to their seats, while celebrity lookalikes hand out the Order of Service. If your church or venue is historic, match the soundtrack to the building with medieval music or Tudor minstrels playing authentic instruments.

Dazzle your guests during the signing of the Register with an opera singer or electric violinist, or the joyful sound of a full gospel choir. Be piped in by a traditional bagpiper in full Highland dress, or leave with your new spouse to a trumpet fanfare by a troupe of trumpeters, just like Royalty!

Just remember that all music choices must be cleared in advance with your church minister or wedding venue Registrar, so do check before you book.

Now the serious part is over, the fun begins in earnest! Before your guests even reach the door, comedy paparazzi will be desperate to snap their photo and get the latest story on their love-life! Serve your guests their first drink from a living table, complete with costumed performer and illuminated tables. Guide them through to the drinks reception area with mime artists, or let living statues and stilt walkers lead the way to the lawn or patio!

Mix and mingle mind readers keep everyone guessing "How do they do that", while a silhouette artist creates exquisite portraits with just scissors and black paper. A comedy juggler keeps everyone laughing, and footie-mad kids of all ages will admire a specialist football juggler or football freestyle trick artist.

Live music at your drinks reception needn't just be background either; a ceilidh band or a roving mariachi band will make everyone feel good, while Caribbean steel bands put everyone in the mood for cocktails, served by a mixology master who juggle bottles and ingredients to create taste sensations in a glass. Or give a little taste of the Continent with a solo accordionist, serving up European music to accompany your wine choices.

If you would like help selecting the perfect entertainment for your event, simply give us a call or submit the quick enquiry form below and one of our talented entertainment coordinators will be happy to assist.

Keep the food and fun flowing with delightful entertainment all through your meal. Announce your arrival with a dynamic drumming group, and make sure everyone is entertained at their tables before the food arrives with a micro-magic specialist, performing tricks in the palms of their hands. After the main course, why not have a break for superb live music with a difference, such as a Bavarian Ooompah band, Medley specialists, acoustic bands & singer guitarists who can wander amongst your guests, Mumford and Sons Style Indie Folk Bands, a comedy string quartet, female saxophone quartet or toe-tapping Gypsy band.

If you've got guests from around the world, thrill them with international and world music acts, that can also entertain at your evening reception too. Bollywood dancers can fill your dance floor with colour and smoldering film star looks, or re-live the Roaring 20s in Flapper-style songs and music, or experience the raw energy of a Harlem swing band.

And don't overlook dance acts (if you've got the space), from exotic belly dancers to showgirls, Brazilian carnival performers to ballet dancers and aerial artists!

Pack your dance floor with the music you love, from live salsa and Latin to soul, funk, disco, 80s pop, tribute bands and acts from Adele to ZZ Top - you name it, we've got a professional function band who can play it!

Choose a superb dance band that really puts you 'In The Mood', from big bands and jazz orchestras, to Rat Pack tributes and swing bands playing everything from Dean Martin to Michael Bublé and Robbie Williams!

Remember, anyone who has just come for the evening has missed all that fabulous entertainment from the drinks reception and the meal, so bring those dancers, jugglers, fun bands and musicians back for a special slot before the disco, as a stand-alone cabaret.

Give your wedding reception a James Bond feel with your own Casino Royale, complete with roulette tables, card games and Martinis served shaken, not stirred. Astound guests with Daniel Craig and Sean Connery celebrity lookalikes, while an electric string quartet play the famous Bond themes. Keep the thrills coming with F1 racing, giant Scalextric car chases, and giant Wii games, or test your own spy skills with laser shooting games.

As the evening draws to a close, light up the sky with fire and glow performers creating amazing displays by juggling real fire, before delighting the whole neighbourhood with a dazzling fireworks show.

To make your wedding more fun, simply look at the profiles of our artists, and add your favourites to your Wish List. Check their price and availability using our Instant Online Quote button, and call us or email us with any questions. Once you've decided on the acts you want, simply click to book, we'll contact you to confirm, and ensure you've got everything you want and the performers need for the ultimate fun wedding.

So, what are you waiting for, get clicking! 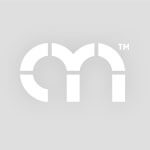 Looking for reasons to book a Ceilidh band for a wedding? You shouldn't need any! ...But we've put together a list to remind ... Read more...

Wedding entertainment isn't just about the evening party, it's also about entertaining your guests throughout the day, so the... Read more...

How Street Performers Bring A Festival Vibe To Any Event

Looking to hire something different for your event? Are you looking for something to really impress your guests? Our Street e... Read more...

Rustic weddings are all about lovingly-made décor, beautifully-lit barns and amazing live music. From Mumford-style bands and... Read more...

Sunshine, love and live entertainment…Count us in! Check out our collection of artists perfect for your al fresco celebration... Read more...

Handmade touches and truly unique styling is what it’s all about. Extend the DIY detailing to your entertainment with our co... Read more...