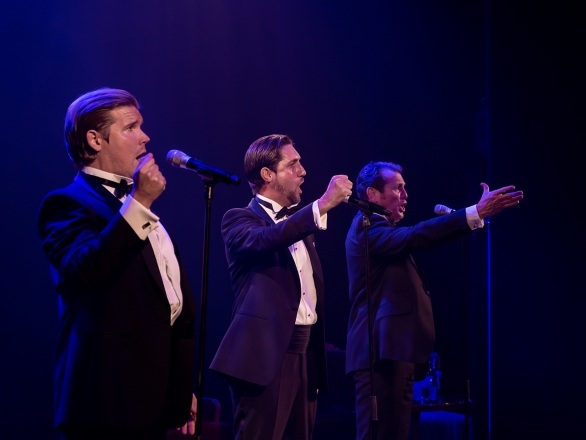 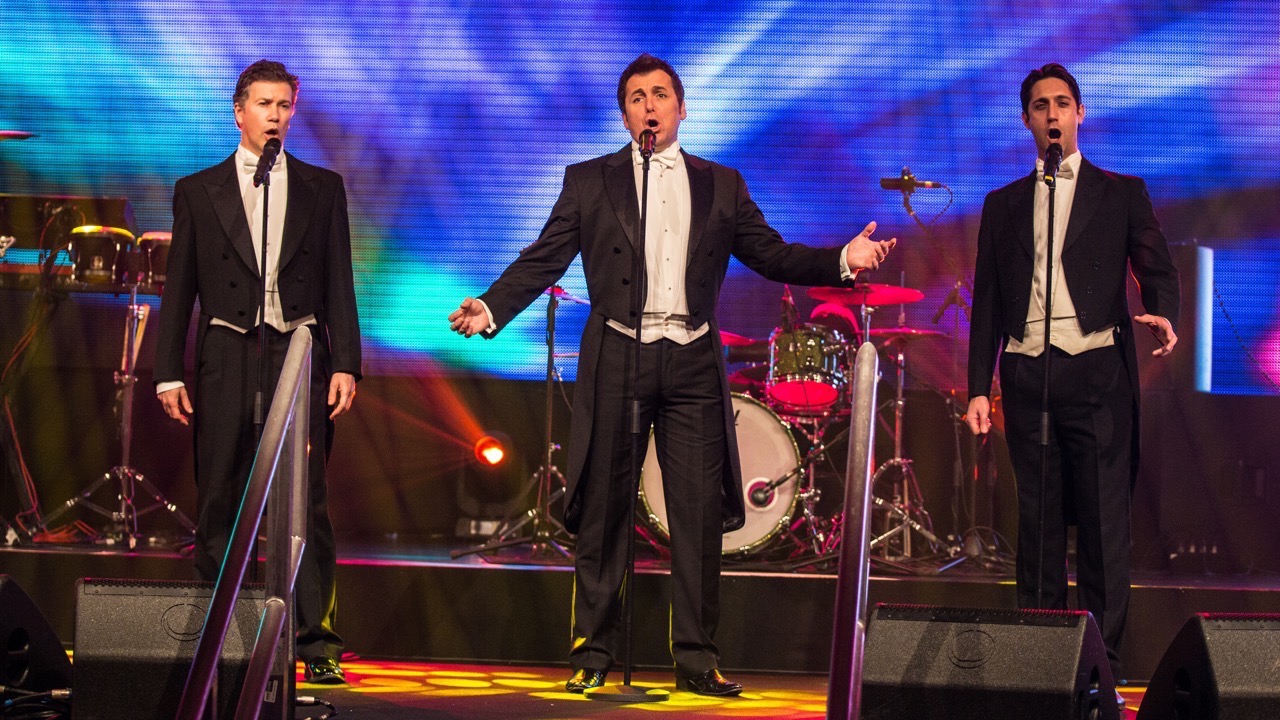 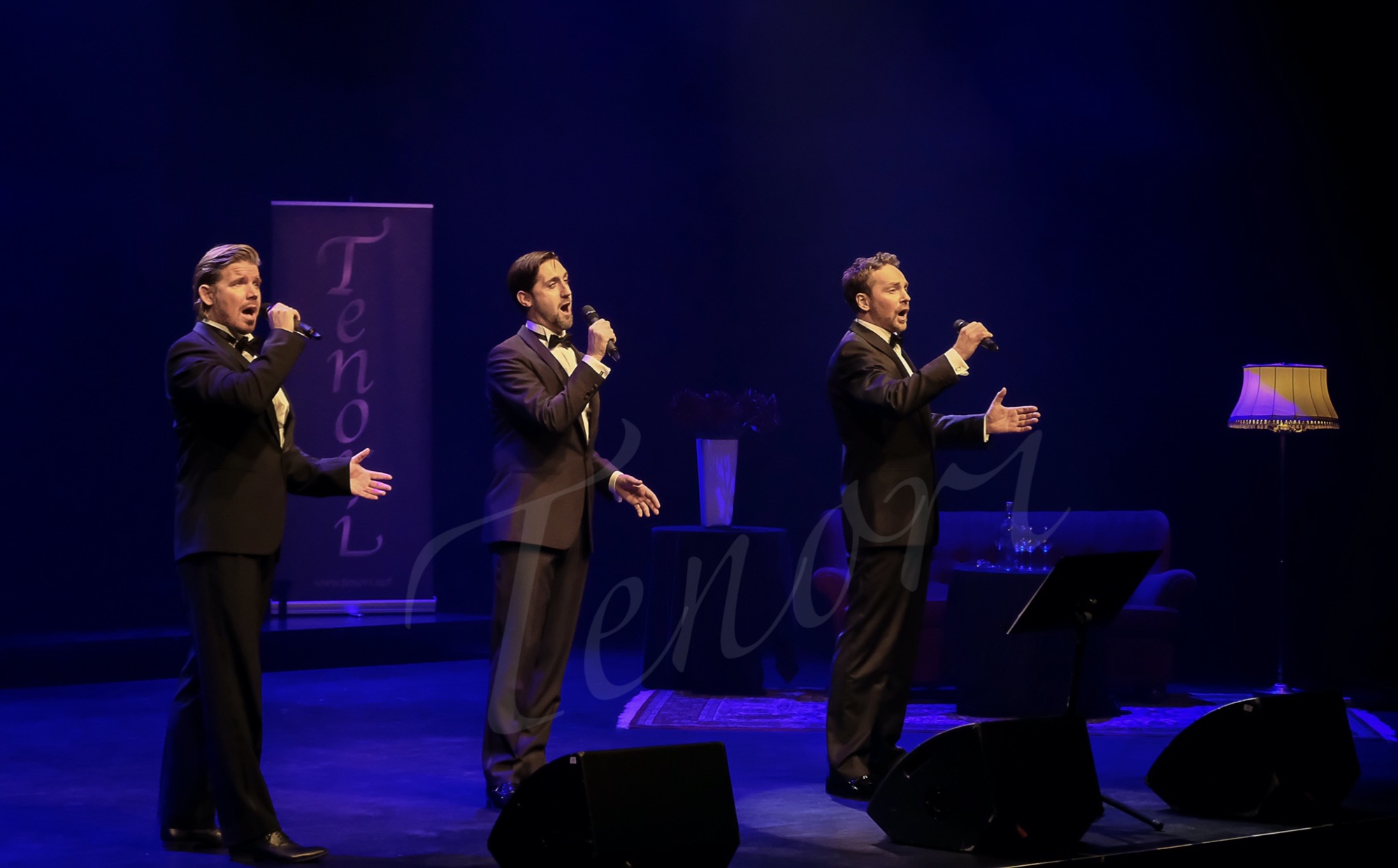 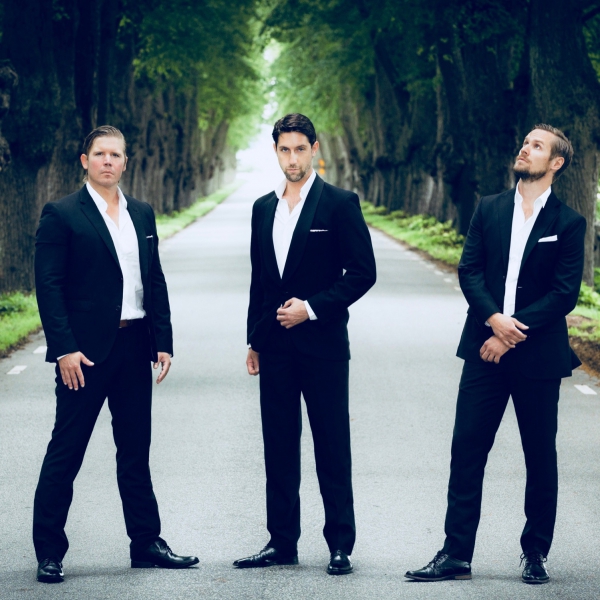 TENORI are one of Europe’s most successful 3 Tenors ensembles providing the finest opera and crossover Tenors from both the UK and abroad. A mix of real operatic tenors and West End Stars performing on Europe’s biggest stages.

“TENORI were truly magnificent - we had such a wonderful evening!”

TENORI's repertoire is extensive.  They cover the entire tenor repertoire spectrum from classical songs, operatic arias, operetta, war songs, popular crossover and musical theatre. If there is something you would like not listed here, just ask. All programmes are tailored for every client. Think Mario Lanza, the 3 Tenors, Il Divo and Bocelli.....

Would you like a 3 Tenors concert for your wedding, conference or event launch? Match quality with quality.....

Songs from the shows:
Maria (West Side Story)
Tonight (West side Story)
If I Loved You (Carosel)
Why God (Miss Saigon)
Bring Him Home (Les Mis)
Caroso (from the film also sung by R Watson)
Being Alive
Luck be a lady tonight
Kiss

TENORI were truly magnificent - we had such a wonderful evening!

“On behalf of everyone present at the function in Oxford last night I wanted to say a huge thank you. TENORI were truly magnificent - we had such a wonderful evening! Please pass on our thanks to the guys for their amazing performance.”

Tenori were absolutely fabulous and all the guests enjoyed their performance imm...

“Tenori were absolutely fabulous and all the guests enjoyed their performance immensely! One guest commented that they were better than the last time they saw them!!!! We all adored them and they were friendly, very accommodating, very polite and most all wonderful singers. We would most certainly book them again.”

What talent they have, and really nice guys.

“The boys were fantastic and it went down a storm What talent they have and really nice guys we could not have asked for better.”

I wanted to write to thank you for organising such a fantastic performance by TE...

“I wanted to write to thank you for organising such a fantastic performance by TENORI at our recent wedding. Michael, Andrew and Richard had the whole audience on the edge of their seats for the entire performance and received a standing ovation, not to mention cries of 'encore!'. Both ourselves and our guests have been talking about the performance ever since ... I knew they would be good as I'd had recommendations from other friends but they were even more fantastic than I'd hoped! Marcia & Laurie West ”

Adelphie Group (Manchester, ) Dear TENORI Well what can I say - Thank You ...

“Adelphie Group (Manchester, ) Dear TENORI Well what can I say - Thank You for an absolutely stunning performance on Friday night. You were all fabulous. We are receiving wonderful feedback on the event and everyone keeps mentioning you. Thank you again Alison ”

Most Alive Network artists travel UK wide and internationally. Get a guide price instantly by clicking the 'get quote' button and entering your event date and location. Make an enquiry and we will liase directly with Tenori (3 Tenors) to confirm price, availability, and the provide you with a confirmed quote.

After midnight finish, per hour Add £307

PA / Engineer can be supplied by TENORI.

If being supplied by the client:
Professional quality PA system with reverb, suitable for the size of venue and no. of people attending – the PA system must be suitable to amplify strong, professionally trained voices.

Speakers positioned appropriately to cover the venue –minimum of four speakers, one in each corner of the room. Larger rooms will require extra speakers.  Please discuss with TENORI if you have any doubt.

Experienced sound operator - must be present during the sound check and performance to cue tracks and adjust levels.  Experience is essential.

Tenori's core is made up of Alexander Grove, Kalle Leander and Mike Sterling. Due to availability Tenori also offer a bespoke line-up. Tenori can also provide a whole show with guest artists. As standard Tenori use backing tracks / PA as but also offer a 5 piece band or even full orchestra on request.  Please ask for a quote if you require any of these addtional options.

Highlights
* Well known and established top tier professional opera singers working in top opera houses around the world and West End artists from the UK and abroad performing in the top theatres, opera houses and concert arenas and given the 3 Tenors treatment.
* Tenori is a bespoke act only limited by your budget. Tenori have a core line-up but their connections spread around the globe - if you have a request for a specific artist you know, Tenori can invite them as a guest.
* Great for society events, weddings, galas, corporate, full theatre shows and promotional events.
* Repertoire covers all the popular and well-known tenor arias, songs and crossover hits made famous by the likes of the 3 Tenors, Mario Lanza, Bocelli, Il Divo etc. Bring the opera / West End to you!
* Can provide a peformance with: a PA system / a pianist with Grand Piano hire / a 5 piece band / even a full symphony orchestra and work worldwide. Do you want the London Philharmonic for example? That can also be arranged.

Tenori - An Introduction
Led by international tenor, Alexander Grove, Tenori consists of the UK and Europe's foremost tenors performing in the UK and international opera houses, on West End stages, in major competitions, on the concert platforms, radio and television. They join together giving their repertoire the 3 Tenors treatment, harmonising and amusing the audience. Bring the opera and West End stars to you.  Bespoke entertainment for both private and corporate clients whether it be in an arena, concert hall, at weddings, on cruise ships, major corporate events or even your back garden (size dependent!).

Tenori is a bespoke service so although we have our core artists, our connections reach worldwide, so if you want someone you know about that you would like, we can also arrange that according to your budget, requirements and their availability.

Tenori have performed all over the world, from the Royal Opera to the Amzon. Their largest audiences have been over 60,000 in one week and over 250,000 on a tour of the UK and Ireland in venues such as the The Royal Albert Hall, Manchester Evening News Arena, Sheffield Hallam Arena, Belfast Odyssey Arena, The Point (Dublin) and the O2 Arena, London.

In the media they have been heard on:
Channel 4 Television
ITV
BBC
BBC Radio 2
BBC Radio 3
Sveriges Radio

After booking, speak directly with Tenori.