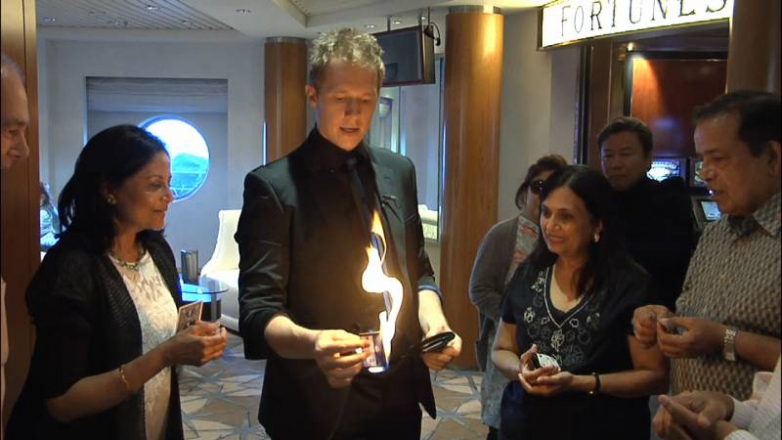 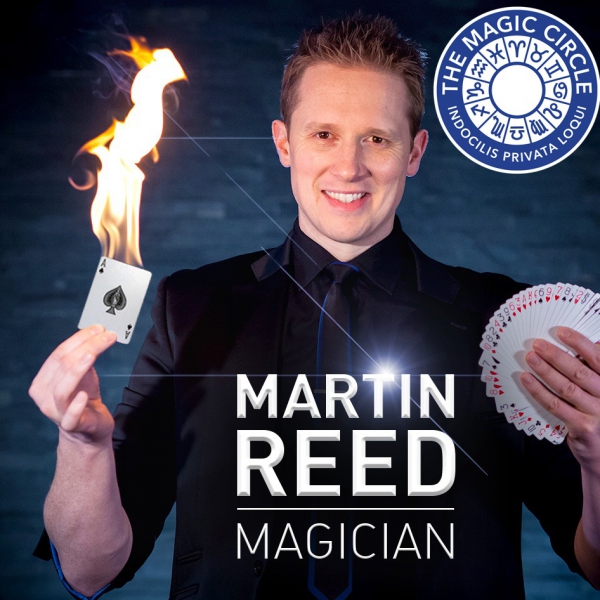 *AS SEEN ON BBC1 & CHANNEL 4!* Want to truly AMAZE your guests by a TV Magician?! Martin Reed is one of the most experienced Magicians in the UK today! As a Member of the Magic Circle & 16 years of experience performing at over 2000 events worldwide, you're guaranteed incredible entertainment!

“We loved Martin's video showreel and just hoped it would be just as good at our event. We can honestly say that it was even better and being able to see it right under our noses was like nothing that we have ever seen before! Well worth the money & will definitely consider booking again, cheers Martin!”

Amazing Magician! Everyone loved it!

“A quick review of Martin Reed's Magic at our Corporate Event in London - simply amazing Close up Magic that everyone loved & are still talking about!!”

Our guests loved your magic!

“I just wanted to drop you a quick email to say a massive thank you for last night, our guests loved your magic!! Our CEO was also particularly impressed! Thank you again for joining our event and making it a really great evening for our guests. Wishing you a wonderful Christmas with friends and family.”

Absolutely brilliant Magician... so much fun

“Martin was so much fun - his tricks were insane. Everyone was thoroughly entertained by him. He provided a professional service which can not be faulted and I will be quick to recommend him to anyone.”

“Just a quick note to say thank you for the close up magic and the show last night. It goes without saying how much the pupils and staff enjoyed the event and in particular the magic you brought. Entertaining and holding the attention of 11-16 year old's is no mean feat, but your show certainly achieved that. I've had nothing but positive feedback from parents and pupils since.”

Most Alive Network artists travel UK wide and internationally. Get a guide price instantly by clicking the 'get quote' button and entering your event date and location. Make an enquiry and we will liase directly with Martin Reed to confirm price, availability, and the provide you with a confirmed quote.

Close-Up Magic: Up to 2 hours.

Close-Up Magic: Up to 3 hours.

PLEASE NOTE: For all events taking place in December, due to high demand, the artist may add a supplement to the quoted fee. Please speak to an Alive Network co-ordinator.

That was FABULOUS! How on earth did you do that?!” - Joanna Lumley

That was AMAZING! - Adam Hills - Comedian & Presenter of Channel 4's 'The Last Leg'

CLOSE-UP MAGIC ACT
With such extensive performing experience Martin has mastered the art of witty, comedic Close-up Magic! Martin will approach each group or table performing impossible magic with cards, coins, ropes, bank notes…even borrowed and everyday objects! Signed cards appear in Martin’s pockets, impossibly into his wallet and impossibly change in the spectators hands. Coins fall UPWARDS, sponge rabbits have a mind of their own and borrowed notes change in value!

Watch the video above & decide for yourself!

COMEDY CABARET STAGE SHOW
In addition to performing as a Close-up Magician, Martin also offers an incredibly entertaining Comedy Cabaret Stage Show for your main event entertainment! Perfect to entertain all of your guests at the same time for a 15 - 45 minute show.  This is available as an 'Additional Booking Option' to the Close-up Magic. Visit Martin Reed's Comedy Cabaret / Stage Magic profile for more info here!

Although interested since a young child, it wasn’t until the age of 18 that Martin began learning the art of ‘Close-up Magic’. At the age of 21, Martin flew to Spain to attempt to make a living in Magic, performing his Close-up Magic act in bars simply for tips.

After two months performing seven nights per week, he had been noticed by the management of the largest variety show venue in Spain, The Benidorm Palace. It was here that he became the resident magician for five years performing Close-up Magic on spotlight, table to table in front of audiences of over 1000 nightly. Recognising his talent, the Benidorm Palace offered him a spot on the stage, which he accepted by developing and performing a double-act dove and parrot magic act, followed by making a 16 metre long Lear Jet Aeroplane magically appear on the stage, now known as the World’s largest stage appearance.

Gaining a large amount of experience in visual stage magic, Martin decided it was time to develop two full shows coupling visual magic with comedy, which proved a huge success. At the age of 25 he was approached by various cruise lines, where he baffled and brought laughter to audiences for over 5 years.

Now based in West Sussex aged 34, Martin performs his Close-up & Comedy Stage Magic at corporate events, weddings and private parties in London, throughout the UK & worldwide on request.