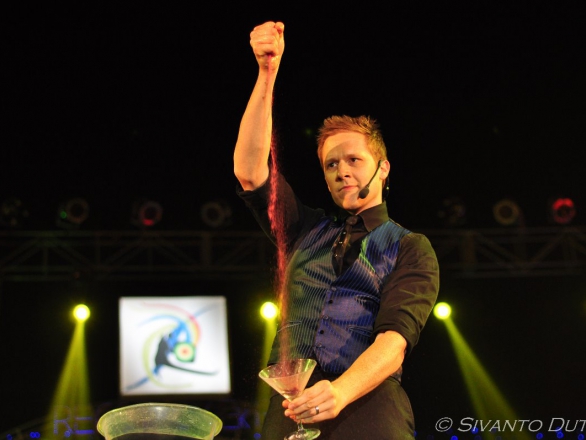 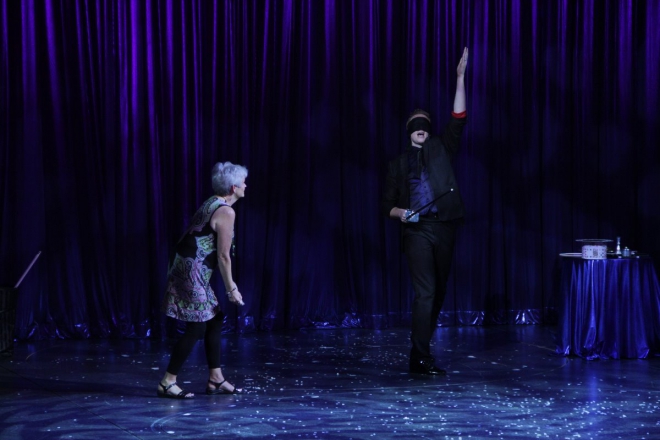 Recently seen performing on BBC1's 'The Apprentice' & LIVE on Channel 4's 'The Last Leg', Martin Reed has amazed audiences of up to 4000 guests worldwide as a Professional Comedy Stage Magician! As a Member of the prestigious Magic Circle with over 2000 events & 16 years of experience, expect a highly entertaining & unforgettable show!

“Martin is so professional and knows how to liven up your party. All his tricks are so funny and I totally recommend for a covid wedding, as he cheers everyone up and is a big escapism from what’s happened in the last year. What a performer!”

What a glorious night of entertainment!

“We had a fabulous evening capped by Martin Reed. Martin is full of fun and appealed to young and old alike. the squeals of delight from the children filled the room. this was a special evening for my wife and I, and Martin ensured we were entertained as if it was a west end show. I was five feet from him and couldn't see how the tricks were done, which is all part of the magic. Thank you Martin for helping to make a good evening into a fabulous evening”

“Perfect, thank you so much. Exactly the right mix of Magic Close-up and on Stage after.  You've made my 70th!”

“Thoroughly enjoyed the performance. Perfect timing, great humour and audience participation. People, mixed group, all ages and nationalities, are still talking about his act. Fun approach from Martin and also and importantly, very calming and reassuring to me, as the organiser. Thank you very much.”

Most Alive Network artists travel UK wide and internationally. Get a guide price instantly by clicking the 'get quote' button and entering your event date and location. Make an enquiry and we will liase directly with Martin Reed Comedy Stage Magician to confirm price, availability, and the provide you with a confirmed quote.

Can customize show to fit any stage size.

PLEASE NOTE: For all events taking place in December, due to high demand, the artist may add a supplement to the quoted fee. Please speak to an Alive Network co-ordinator.

That was FABULOUS!  How on earth did you do that?! ” - Joanna Lumley

That was AMAZING! - Adam Hills - Comedian & Presenter of Channel 4's 'The Last Leg'

***Martin has performed extensively worldwide as a Professional Comedy Stage Magician from small intimate audiences in hotels to large corporate events & festivals of up to 4000! Martin can literally cater for any size, type or style of event.***

SHOW DESCRIPTION
Join a consummate showman for a night of magic, illusion and comedy! Martin will spellbound you with his visual magic productions…multiple parasols appear from thin air, silk handkerchiefs turn into solid canes and objects seamlessly levitate around the room! Witness the outcome of a comedy routine that ‘apparently’ needs no rehearsal, followed by a 3 year in the making routine inspired by his great grandfather!

If you also wish to have a celebrity, CEO or any other special individual from your event involved in the show, Martin has a hilarious routine to transform the person into an 'Instant Magician'!  This is always a big hit and often requested for clients who have seen Martin's show before.

A full show length is between 45 minutes & 1 hour however can be adjusted to the needs of all clients from as little as 5 minutes to a full 1 hour show.  With a unique talent to combine magic with comedy, you are guaranteed a fun packed night of entertainment. This is your chance to find out what Martin Reed has up his sleeve!

Watch the video below to view how Martin can make your upcoming event unforgettable!

BIOGRAPHY
Although interested since a young child, it wasn’t until the age of 18 that Martin began learning the art of ‘Close-up Magic’. At the age of 21, Martin flew to Spain to attempt to make a living in Magic, performing his Close-up Magic act in bars simply for tips.

After two months performing seven nights per week, he had been noticed by the management of the largest variety show venue in Spain, The Benidorm Palace. It was here that he became the resident magician for five years performing Close-up Magic on spotlight, table to table in front of audiences of over 1000 nightly. Recognising his talent, the Benidorm Palace offered him a spot on the stage, which he accepted by developing and performing a double-act dove and parrot magic act, followed by making a 16 metre long Lear Jet Aeroplane magically appear on the stage, now known as the World’s largest stage appearance.

Gaining a large amount of experience in visual stage magic, Martin decided it was time to develop two full shows coupling visual magic with comedy, which proved a huge success. At the age of 25 he was approached by various cruise lines, where he baffled and brought laughter to audiences for over 6 years.