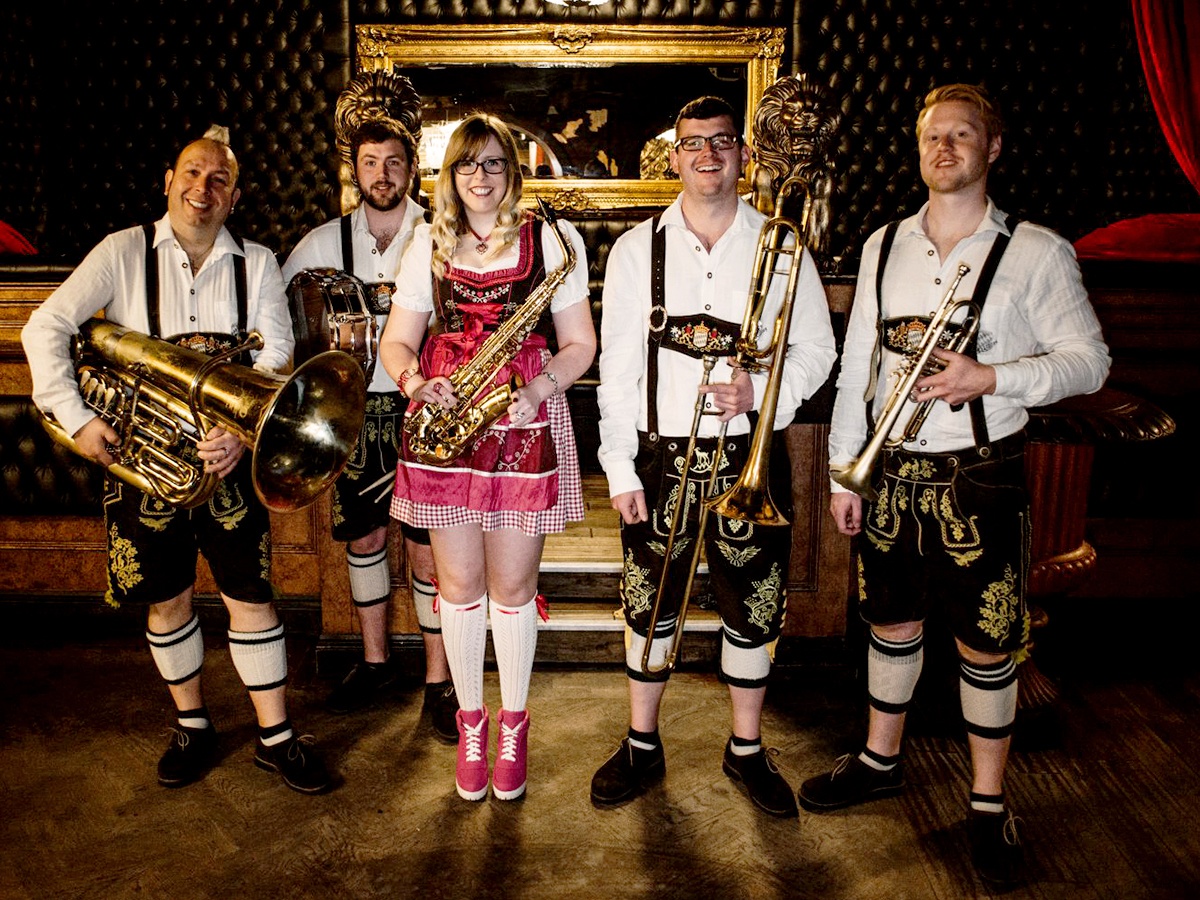 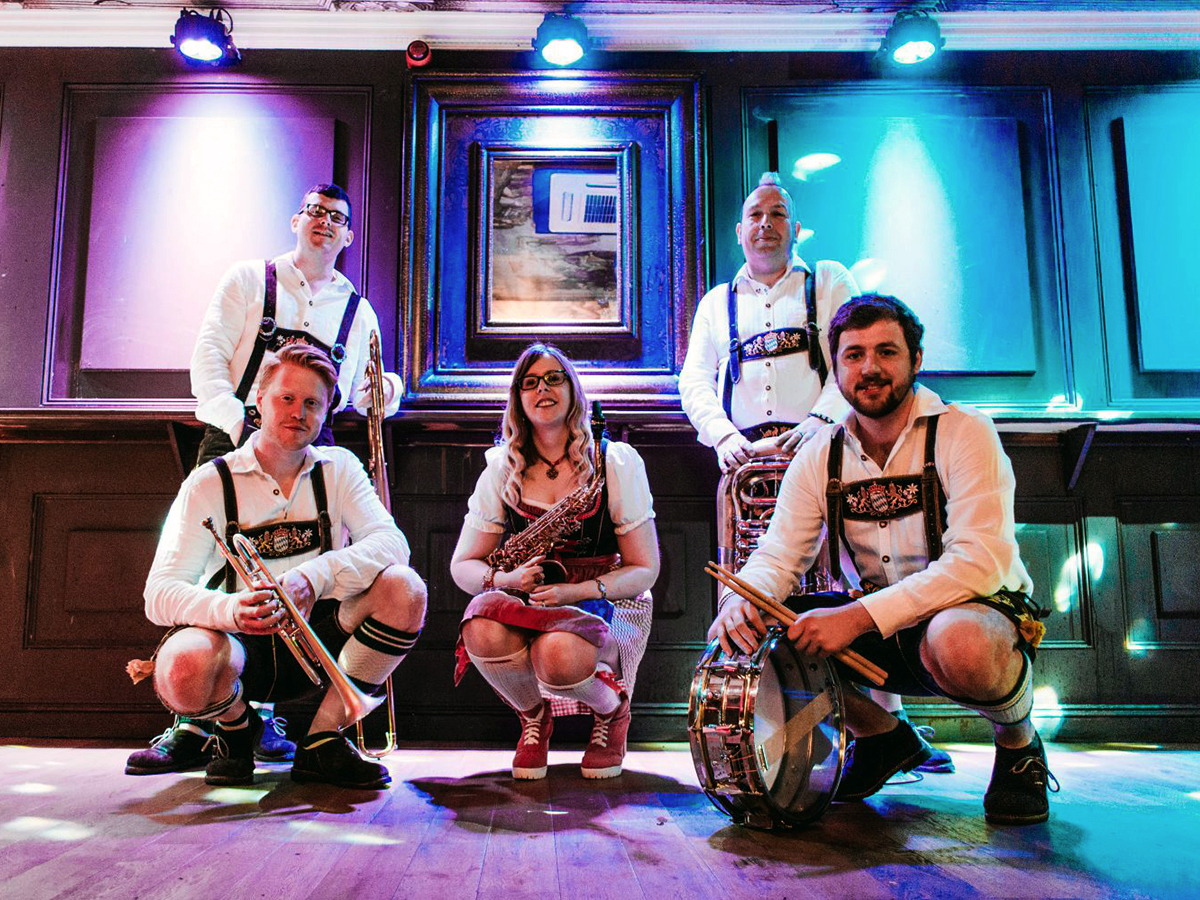 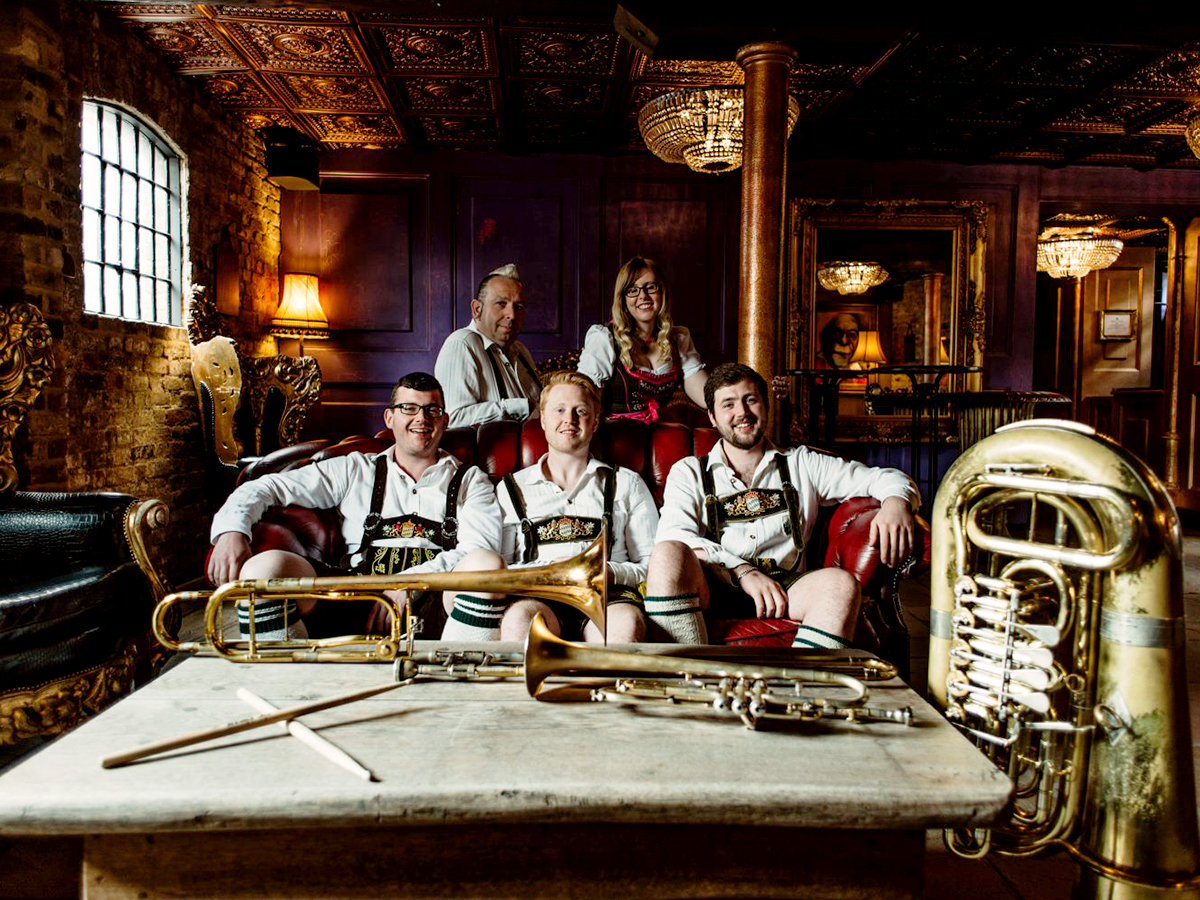 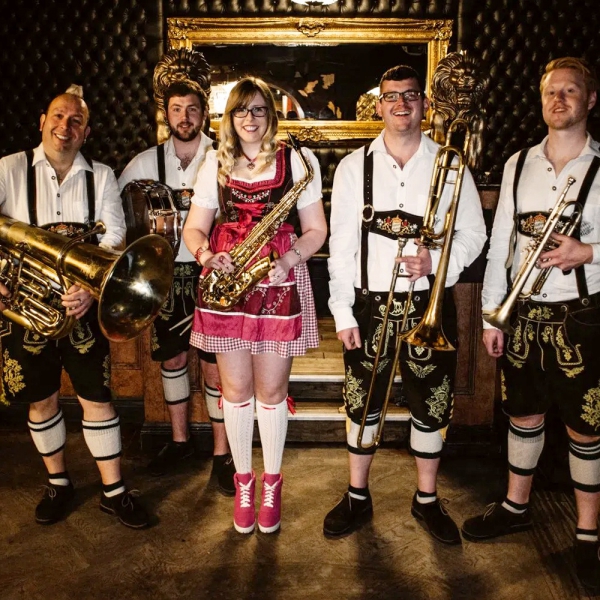 Bier Stein Oompah Band, one of the UK's leading Bavarian Style Oompah Band! With a great repertoire which includes the classic In Munchen Steht & Eine Prosit', performing in full costume with a front man if required & guarantee a fantastic night fun

“They created a lovely, jolly atmosphere.”

They created a lovely, jolly atmosphere.

“We booked the Bier Stein Oompah Band to play at our wedding during the afternoon garden party and they created a lovely, jolly atmosphere. They were very professional and friendly and the standard of playing could not be faulted - even our guests from Germany were very impressed!”

We wanted a proper Oompah band that would get the whole room up on their chairs,...

“We wanted a proper Oompah band that would get the whole room up on their chairs, Bier Stein Oompah did exactly that and more!! It was a shame to see them go!”

Alive Network provided an easy to use website with plenty of choice of bands to ...

“Alive Network provided an easy to use website with plenty of choice of bands to suit all budgets. I found it better than other websites. Once we selected a band, Bier Stein Oompah Band were great fun to listen to and very flexible in what they played. They were enjoyed by every at our garden party and we'd recommend them to anyone else planning a similar event.”

We just wanted to say a very big thank you to you and your guys for the brillian...

“We just wanted to say a very big thank you to you and your guys for the brilliant entertaining evening you provided at the Windlesham Club and Theatre. We've had some fabulous feedback and I think it will be very likely we'll do something very similar in the not too distant future.”

Most Alive Network artists travel UK wide and internationally. Get a guide price instantly by clicking the 'get quote' button and entering your event date and location. Make an enquiry and we will liase directly with Bier Stein Oompah Band to confirm price, availability, and the provide you with a confirmed quote.

5 piece: Trumpet, Clarinet, trombone, tuba, Drums
6 piece: as above plus an additional clarinet or Flugel Horn

The band travels nationally and internationally for Octoberfest events and parties, product launches and beer festivals. Dressed as a traditional Bavarian band, in Leiderhosen with waistcoats and of course the Tyrolean hats, the band can add that classic Bavarian soundtrack to any event performing the traditional polkas, marches and waltz’s from Germany and Austria. The Band can play as either a static band or as a strolling band being able to entertain your guests or clients in areas of the venue.

Music for your Octoberfest themed event where audience participation is a must!

The band can also provide that extra "Oompah" to your Octoberfest event or Bavarian night with non-stop participation for the partygoers guided by our front man. This Bavarian-styled band performs the traditional music as heard in the various festivals in Germany, and can perform all the music for dancing, swaying, clapping, singing and of course…..drinking! The night also includes light-hearted games and competitions for your guests and clients with prizes to be won.