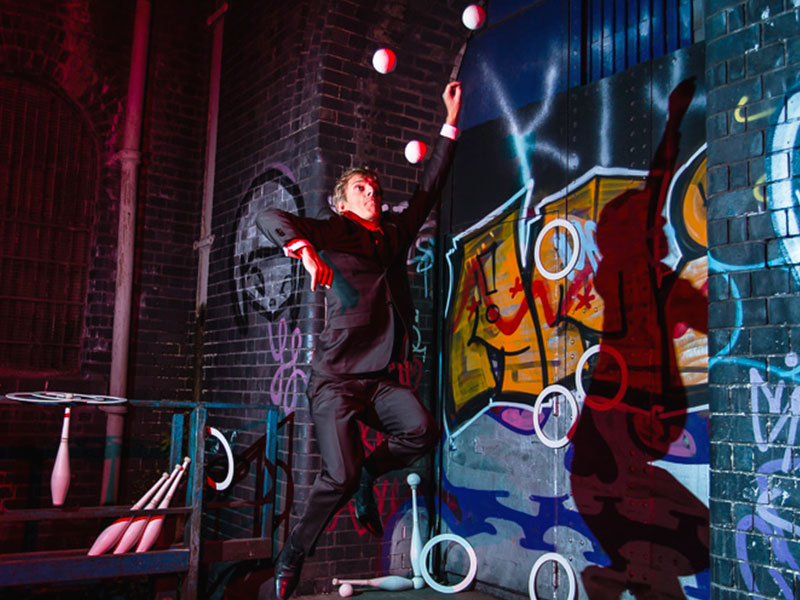 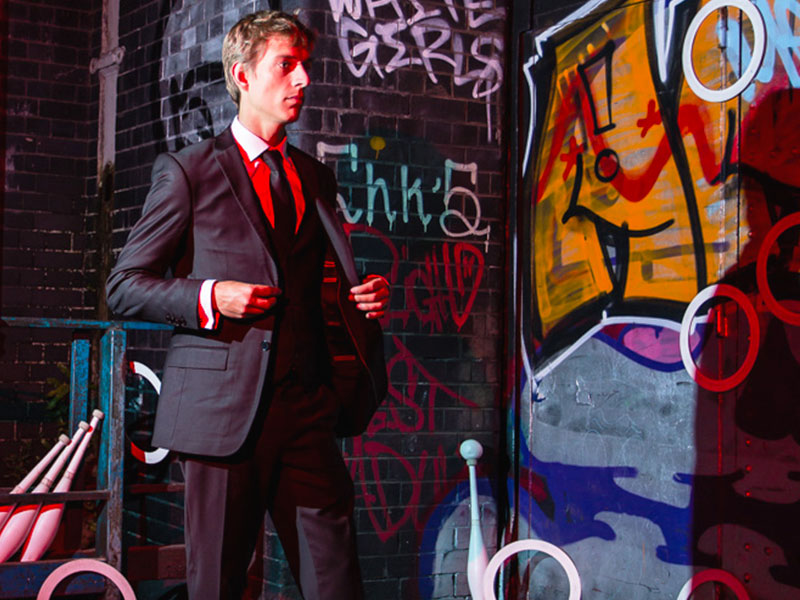 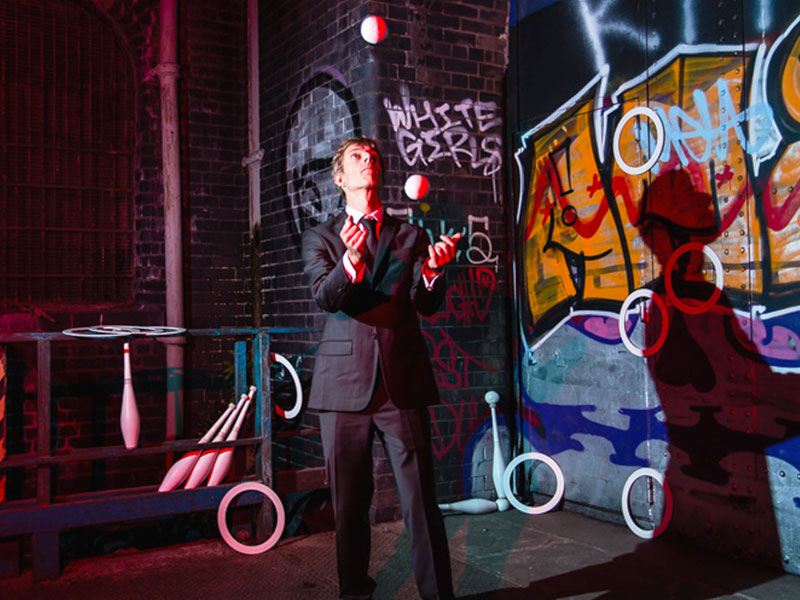 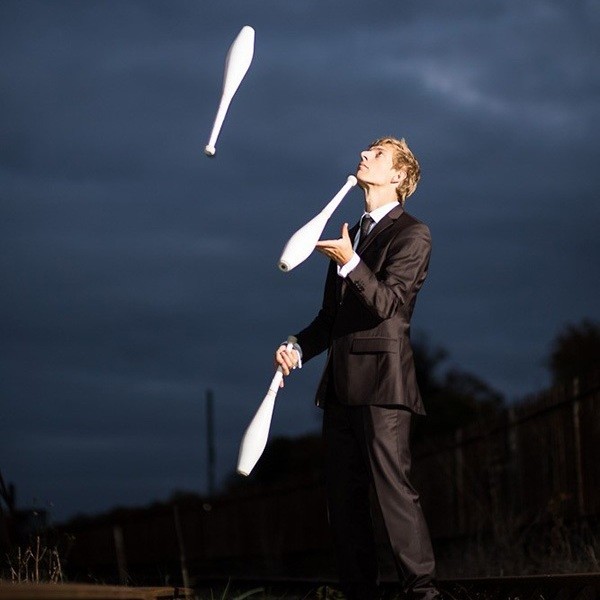 Charming, funny, engaging, and frank, The Comedy Juggler's own unique fusion of juggling and stand up comedy will have you on the edge of your seats and rolling into the aisles. The winning combination won him the award for “British Young Juggler of the Year”, and has led to appearances on radio and television, as well as appearing all over the world to international acclaim.

Great to work with, amazing performance. Juggler really helped to set the scene ...

“Great to work with, amazing performance. Juggler really helped to set the scene for our event. Definitely would work with Alive Network again. ”

Price from £513 + travel from Bristol

Most Alive Network artists travel UK wide and internationally. Get a guide price instantly by clicking the 'get quote' button and entering your event date and location. Make an enquiry and we will liase directly with Comedy Juggler to confirm price, availability, and the provide you with a confirmed quote.

Highlights
* Unique and perfect for your event!
* Young Juggler of the Year and winner of many other awards
* Amazing innovative juggler and performer - cannot fail to impress
* Many stylistic variations including hoops, balls and 'glow balls' for an impressive show
* Available UK wide

Jon has been perfecting his skills in juggling and manipulation for the past 13 years. His show is of a fine fusion of technical juggling, stand up comedy and audience participation. Jon is known to juggle up to 7 objects, 9 cigar boxes, a bowling ball, a small child and a chainsaw (one of these may not be true), Jon also includes the more intricate and quirky side of juggling such as his famous teacup and tea bag routine.

Jon can tailor his act to any stage, no matter how small or how low, and can vary the length of his show to fit your requirements from 5 minutes to an 1 hour.

His international style show means he is in great demand worldwide and has led to him perform all over the world. Jon has also appeared on Radio 1, Le Plus Grande Cabaret du Monde, CITV's Skillicious, Radio 5 live, Channel 4's Sunday Brunch, the National Brit Awards, and in venues such as Wembley Stadium, The National Theatre and The Royal Albert Hall. Combining skill and personality, Jon was award British Young Juggler of the Year in 2006.

With his high energy and unique style of juggling mixed with his dry but sharp sense of humour, Jon is a guaranteed hit for your audience, whether young or old, British or international, Jon's show is a visual feat that will have the crowd on the edge of their seats.

"This guy is definitely not your typical run of the mill decent juggler, instead Jon will impress you on every aspect of an entertaining performer. He really is one of the best variety acts you will come across. Utterly brilliant."
- Nathan Warrilow, Assistant General Manager, Proud Cabaret