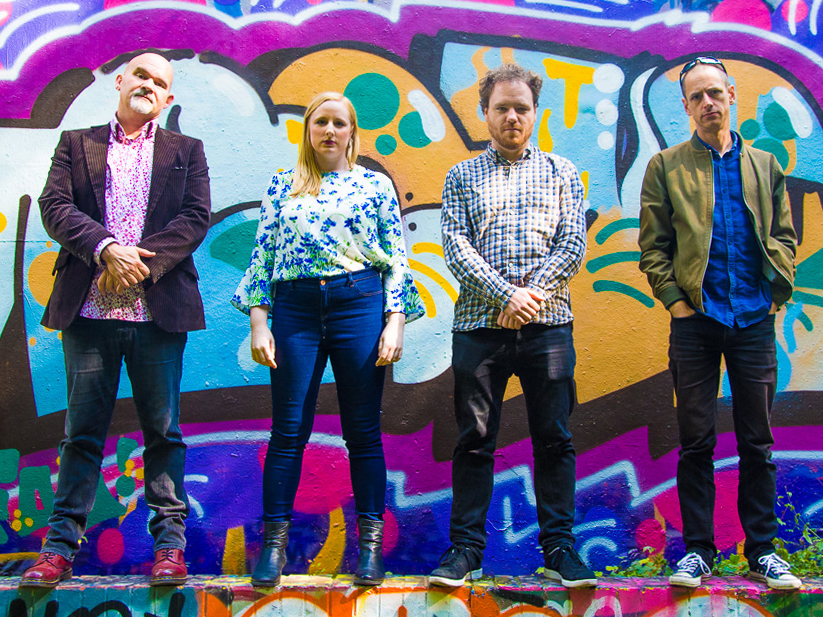 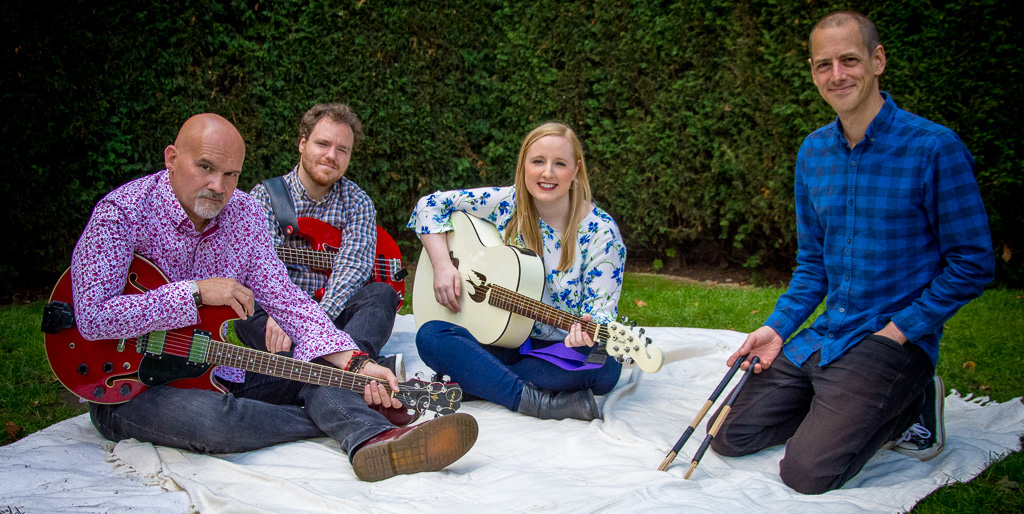 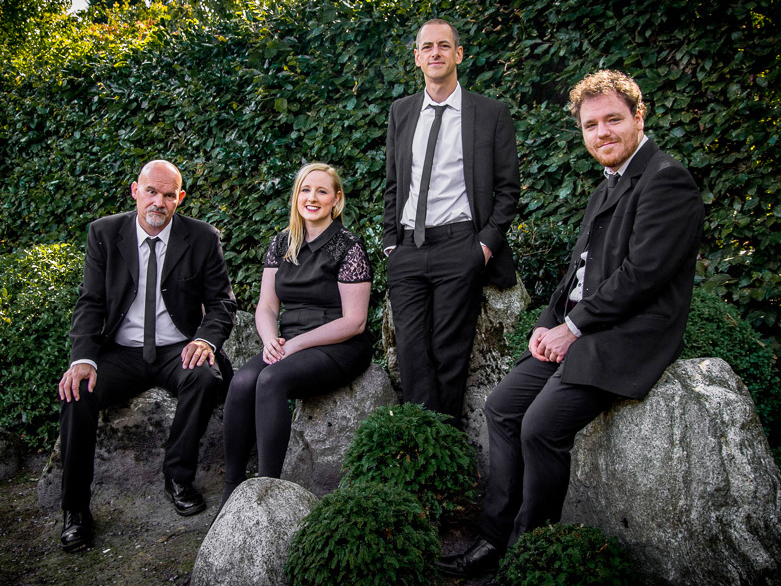 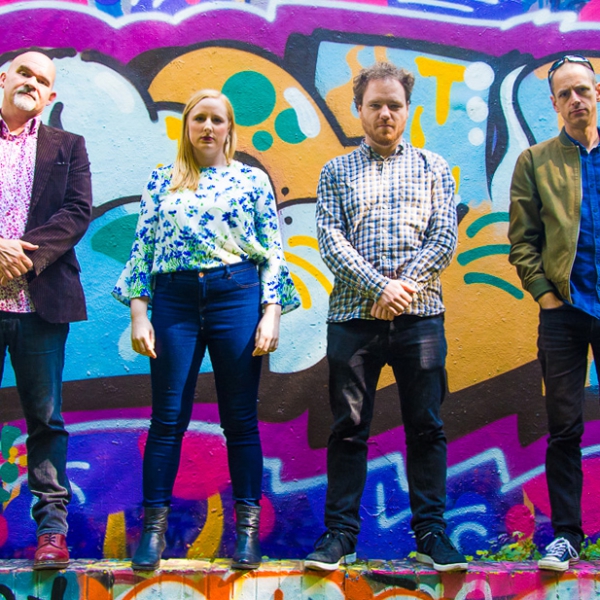 Swag are a fun four piece band playing the best music from the 60s to the present day. With great vocals, rich harmonies & excellent musicianship, they produce a full, energetic sound with keyboards as well as guitars, bass and drums. The band can dress casually, in their stripy outfits or wear smart attire for your event. Featuring The Beatles, Bruno Mars, Paolo Nutini, Amy Winehouse, James Brown, The Jam, Girls Aloud and a host of others.

1960s
A Hard Day’s Night - The Beatles
Back In The USSR - The Beatles
Can't Explain - The Who
Higher and Higher – Jackie Wilson
Hit The Road Jack – Ray Charles
I Feel Good - James Brown
I Heard It Through The Grapevine - Marvin Gaye
I Saw Her Standing There - The Beatles
I’m A Believer - The Monkeys
In The Midnight Hour - Wilson Pickett
It’s Not Unusual - Tom Jones
Last Train to Clarksville – The Monkeys
Proud Mary – Tina Turner
Respect – Aretha Franklin
Revolution - The Beatles
River Deep, Mountain High – Tina Turner
Stand By Me - Ben E. King
The Snake - Al Wilson
These Boots Are Made For Walkin’ – Nancy Sinatra
Think – Aretha Franklin
Twist and Shout - The Beatles
You Really Got Me - The Kinks

NOTE: All of the above songs can also be played acoustically.
The following options can be booked as an extra to the main band…

Sample of solo songs (Male Vocals/Guitar)
A Little Respect - Erasure
Alison - Elvis Costello
Budapest - George Ezra
Feeling groovy - Simon and Garfunkle
Fly me to the Moon - Frank Sinatra
His Latest Flame - Elvis Presley
I get a Kick - Frank Sinatra
In my life - Beatles
Is This Love - Bob Marley
It must be love - Labi Siffre
Lovely Day - Bill Whithers
Norwegian Wood - Beatles
This guys in love with you - Burt Bacharach
Weather with You - Crowded House
You've got a friend - James Taylor
And I Love Her – The Beatles
Breakfast At Tiffany's – Deep Blue Something
I'm Not In Love – 10CC
I'm Yours – Jason Mraz
It Must Be Love - Madness
It's Too late – Carole King
Just The Two Of Us – Grover Washington Jr.
Make Me Smile (Come Up And See Me) – Steve Harley & Cockney Rebel
Michelle – The Beatles
Ocean Drive – Lighthouse Family
Roxanne – The Police
Stars – Simply Red

“We have had so many compliments about Swag and what a brilliant band they were from all of our wedding guests. Many saying that they were enjoying listening so much they forgot to get up and dance! Thank you so much for helping to make our wedding day so special.”

Swag were awesome and made my party amazing

“Swag were awesome and made my party amazing. I couldn't recommend them or you highly enough. You took away any stress and they made my night one to remember. I would always tell people to use you and them.”

Swag fit the bill for the event perfectly

“I have only heard great things from guests on the music – Swag fit the bill for the event perfectly and you could tell the band’s natural enjoyment of the music drive their performance.”

They were amazing! Loved them!

“They were amazing! Loved them! Loads of people asked us how we had found them. The sound quality was excellent!”

A night to remember

“We hired SWAG for our wedding reception, and cannot thank them enough for an amazing evening of music. Everyone commented on how tight they are as band and how they know what songs to play at just the right time to get everyone onto the dance floor. The band where engaging, polite and fun and kept everyone entertained and enjoying the evening. I would use them over and over again for any event just to hear them play again, thank you SWAG for making the reception a night to remember.”

Price from £833 + travel from Greater Manchester

Most Alive Network artists travel UK wide and internationally. Get a guide price instantly by clicking the 'get quote' button and entering your event date and location. Make an enquiry and we will liase directly with Swag to confirm price, availability, and the provide you with a confirmed quote.

Between and after live sets, Swag can play recorded dance or background music through their PA

Acoustic 4 piece for earlier in the day Add £382

Acoustic duo for earlier in the day Add £254

Acoustic solo for earlier in the day Add £159

We find that our PA set-up is suitable for up to about 250 people. We can hire in a larger PA for larger audiences and those costs would be passed on to the client.

Highlights
* Party band with rich vocals & harmonies for a full sound!
* Energetic, reliable & truly live (nothing is recorded)!
* Extensive range of songs from the 60’s to the present day!
* Choice of band attire - casual, stripy or smart!
* Excellent value for money!
* Over 50 years of professional experience between them!
* Background recorded music available free of charge between sets or after band's performance!
* Completely self contained with PA & lighting as standard!
* Based in Manchester but travel nationally!
* Sound limiter friendly!
* Additional Acoustic, duo and solo options available.

About the band
Swag are a 4 piece covers band, playing the best music from the 60s to the present day. From The Beatles to Bruno Mars, Swag offer something for everyone!

Based in Manchester, in the North West of England, Swag can travel anywhere in the UK. Happy to tailor their performance to suit your event, Swag's flexible live sets can be performed as 2 x 60 minutes, 3 x 40 minutes or whatever configuration suits your event. The band can also perform up to 3 hours of material for a small extra charge.

Between live sets, Swag can play recorded background music through their PA, keeping the party atmosphere going and saving you the expense of a DJ. They are happy to tailor their set list to suit your needs and song requests are welcome (please see booking options).

If you require live music earlier in the day as well as in the evening Swag are able to perform an alternative acoustic set or just 2 of the band can perform as a duo. Female singer, Emelia, is also available to sing solo at events such as wedding ceremonies. (Again - please see booking options).

The band represents great value for money and have worked hard to create a big sound, with stunning vocal harmonies and great musicianship.

Swag can dress in black and white stripy T-shirts which makes the band really stand-out from the crowd but they can also smarten up or can dress more casually - whatever is best for you.

The band is completely self-contained and has a high quality 2K PA system and stage lighting.

The band is fully insured and has public liability insurance up to the value of £10 million (which can be inspected upon request). All of the band’s equipment is PAT tested on a regular basis.

Meet Swag
Matt - Lead Vocals, Keyboard & Guitar:
Matt is a self-taught musician and can play guitar, bass and drums as well as being able to tinker on the piano / keyboard. For over 15 years he played with the 5 piece covers band, The New Originals – a name borrowed from the cult film Spinal Tap.

He has his own recording studio at home and as well as playing covers he has spent much of his life writing and recording original music. He made two records with the band Turn to Flowers, on the same record label as The Mock Turtles and Inspiral Carpets and shared the bill with those bands as well as The Stone Roses, Northside and The Soup Dragons at various venues. With the band, Fat Black Cat, Matt toured the UK three times (with the Australian Doors) and a TV programme was made about them by Granada Television.

Matt still gets a huge buzz out of playing live and continues to write his own material with the band StateDancer. If you wish to engage him in conversation then he’ll happily talk about anything to do with music or second world war planes!

Emelia - Lead Vocals & Guitar:
Emelia is the newest member of the band and a hugely welcome addition adding amazing vocals and an extra guitar to the mix. She started singing at the age of 8 and now has a diverse repertoire and style from musical theatre and standards to full on rock and pop.

She names her musical guilty pleasures as Westlife and McFly (well she is the youngest member of the band!) but says that her biggest influence is Freddie Mercury who she considers to have been the world’s greatest showman and vocalist.

Tom - Bass & Vocals:
Tom plays a number of instruments including the guitar which he also teaches. He also teaches music theory – proving that he must have the patience of a saint.

He gained his knowledge having completed a music degree at Salford University and has been a musician all his life.

He cites his musical influences as Ryan Adams, The Beatles, Steely Dan and Death Cab For Cutie and as well as playing covers he also writes his own music which he regularly performs under his own name.

Stuart - Drums & Vocals:
Stuart is another multi-instrumentalist and although he sits at the back behind the drums he can also play the guitar and bass. He even has a music degree to prove it.

He plays in a number of bands including the Big Shot Swing Orchestra, Soul Bandits and Brass Routes and in the past has played with the Casino All Stars and The Groove Merchants -a pun-tastic collection of bands I’m sure you’ll agree!

He now passes on his drumming expertise by teaching. He has an eclectic musical taste and says that he likes most genres from metal to jazz and everything in-between, although his biggest influence on his drumming has probably been Vinnie Colleuta, the drummer for Frank Zappa.

After booking, speak directly with Swag.