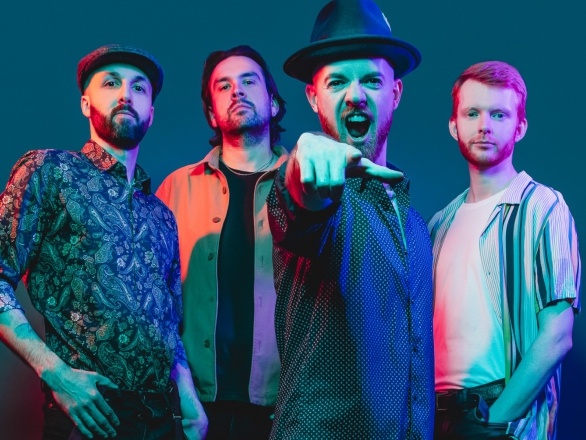 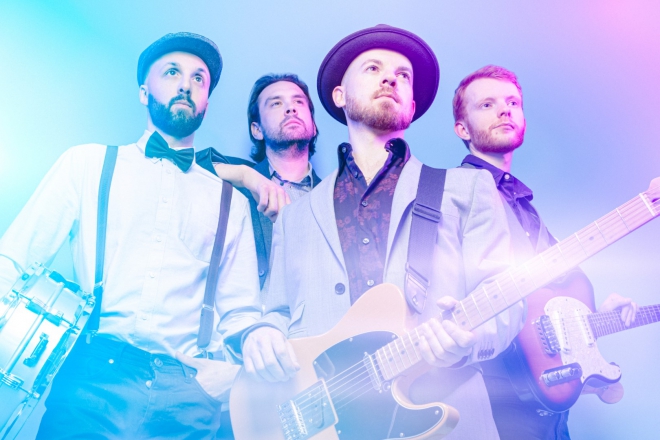 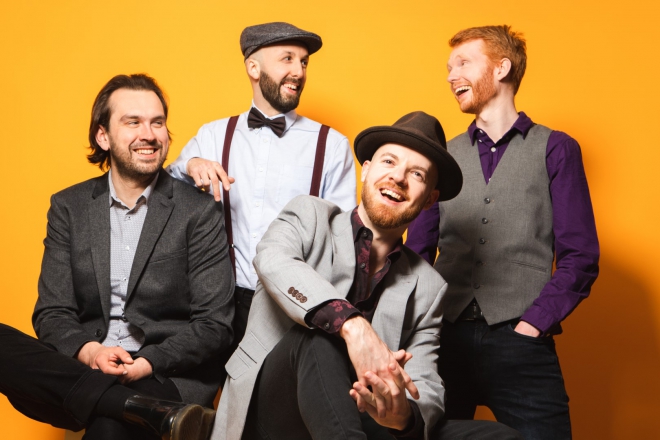 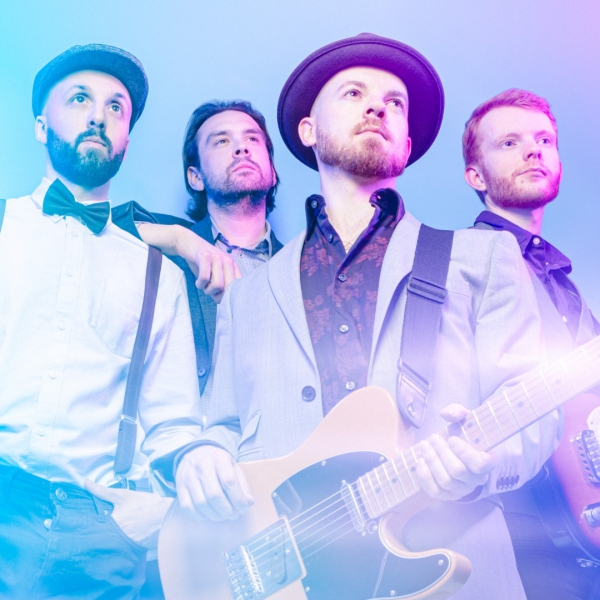 The Sonics are the hottest party band in town! Young, cool & current they are guaranteed to kick off your party with a sonic boom! Armed with a killer repertoire, you’ll be dancing all night to songs from Ed Sheeran, Prince, The Beatles, Stevie Wonder, Coldplay, Maroon 5, Bruno Mars, Fleetwood Mac & so much more!

“Amazing band – you made our night!”

Most Alive Network artists travel UK wide and internationally. Get a guide price instantly by clicking the 'get quote' button and entering your event date and location. Make an enquiry and we will liase directly with The Sonics to confirm price, availability, and the provide you with a confirmed quote.

Includes manned laptop, playlist with vast amount of party hits from all era's

with Lead Vocals and Guitar, 1 x 45 minutes including an early arrival (anytime from 3pm).

with Lead Vocals, Guitar, Bass and Percussion, 1 x 45 minutes including an early arrival (anytime from 3pm)

per hour earlier than 5pm.

Special Offer!
* Book The Sonics within 7 days of receiving your initial quote and receive the band’s DJ Service free of charge!
The Sonics are a 4-piece rock and pop band guaranteed to start your party! With dance-floor filling music from Bruno Mars, Ed Sheeran, The Weeknd, to Stevie Wonder, Earth Wind & Fire, Chic, and The Killers, Arctic Monkeys and Maroon 5, plus loads more, The Sonics are experts at entertaining!
Tom
Tom brings a party to a party. With a huge vocal range and melismas that could make Mariah Carey jealous, Tom has talent beyond description. If you want someone to engage your friends and family, bring a room together and enjoy songs sang better than the originals... look no further.

After graduating BIMM (British & Irish Modern Music Institute) Tom has made a big name for himself within his local scene. He's been a regular performer at the highly acclaimed Casablanca's Jazz club in the music hub of Brighton. Tom has been involved with projects including members of The Vamps and has even worked alongside James McVey!

Among many career developments during his time as a singer, Tom found himself winning a County wide talent competition (Kent, 2010) called Gimme A Break. Resulting in appearances on a local radio station (KMFM) whereby he performed live to thousands of listeners. Now focusing his attention solely on The Sonics, he pours 100% his soul into every performance we do together.

Josh
Another graduate of BIMM in Brighton, Josh is an experienced professional with hundreds of weddings already under his belt. He knows exactly what it takes to make your party a hit.

Josh is the Musical Director of the band. His tasteful and concise musicality and deep understanding of music theory is a gift which he has crafted into excellence during his time leading and developing functions bands. You are in safe hands with this walking jukebox of a man. He puts on a mean light show, too!

Connor
Connor is a true performer at heart. His face melting solos and huge energy on stage truly brings an audience to his complete surrender. Prepare to be entertained!

After graduating from the prestigious BIMM (British & Irish Modern Music Institute) at just 21, Connor has spared no effort to kick start his career.

With a CV to contend with seasoned pros, Connor has toured the length & breadth of the UK and has played some of the UK's major festivals, including BloodStock Open Air, and Mammothfest.

Connor has shared the stage with such bands as Bombay Bicycle Club, Alt J, Twisted Sister, Slayer, Behemoth, Gojira, Mastadon, Famous Guitar YouTuber Rob Chapman, and his band Dorje and many many more.

Not only has Connor maintained a healthy teaching career and established himself within the world of musical theatre nationwide by performing in the pits regularly, he has also managed to play function gigs at some highly reputable venues and events including: The Embessay of Netherlands, the Prestigious Berkley Hotel in London, Gfinity Elite Series Street Fighter Esports Tournament 2018 and many more.

Steve
Steve keeps the cogs turning, both on stage and behind the scenes. Maintaining a busy calendar, gigging regularly since the tender age of 13, Steve is a music veteran. Having toured the UK with original bands into his early 20's and creating an impressive fan base, he's managed to share the stage with some talented acts such as Athlete and Capdown.

With Steve's attention now solely focused on The Sonics, your party plans are in capable hands. Steve has over 10 years experience in front of house management, so if you have any doubts about organising logistics, lay them to rest.

Previous Clients
The Sonics are one of the most in demand party bands around today. Previous clients include Paperchase, HM Revenue & Customs, ITV, OK! Magazine, Metro and many more.
Your Event
The Sonics exciting live sets are performed as 2 x 60 minutes.
The band are happy to tailor their image to suit your event. Whether you require formal, suited and booted or a more casual look, let your booking agent know and The Sonics will happily meet your requirements.

After booking, speak directly with The Sonics.