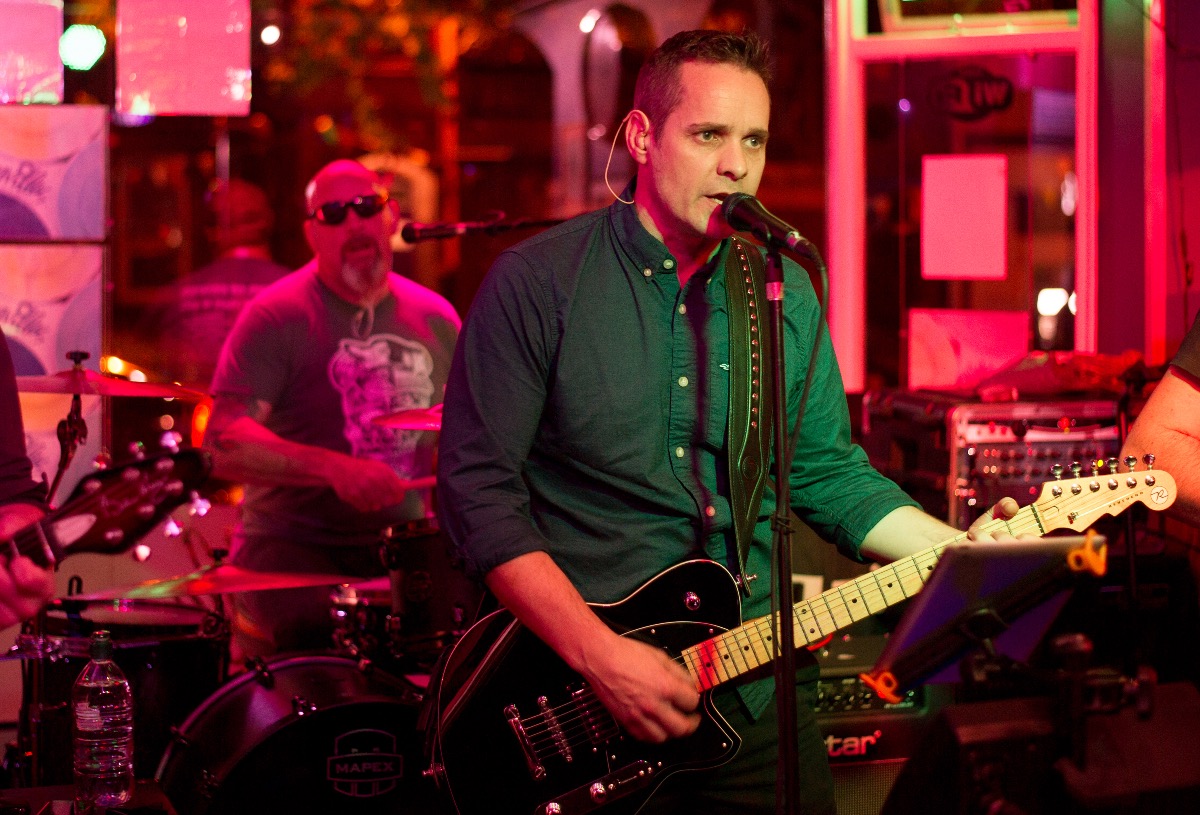 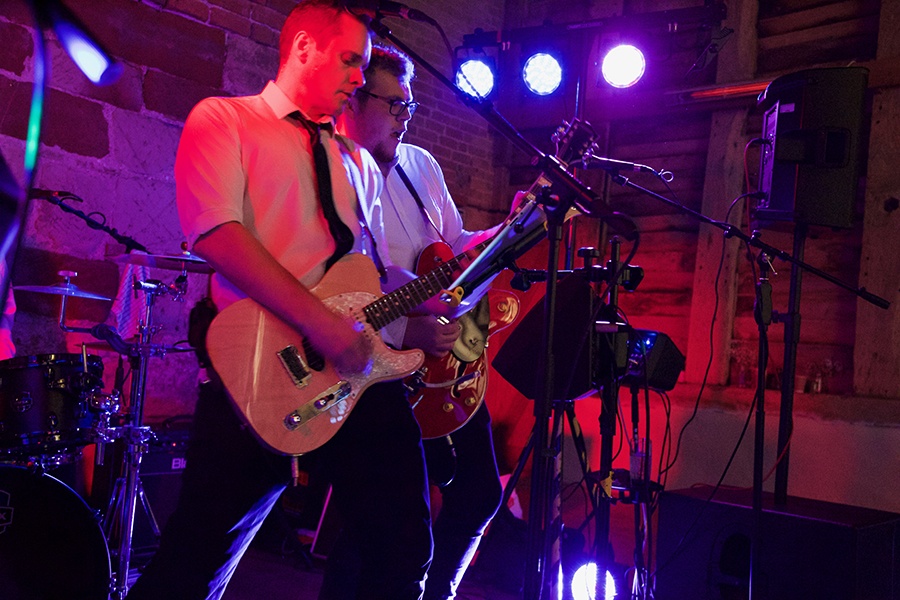 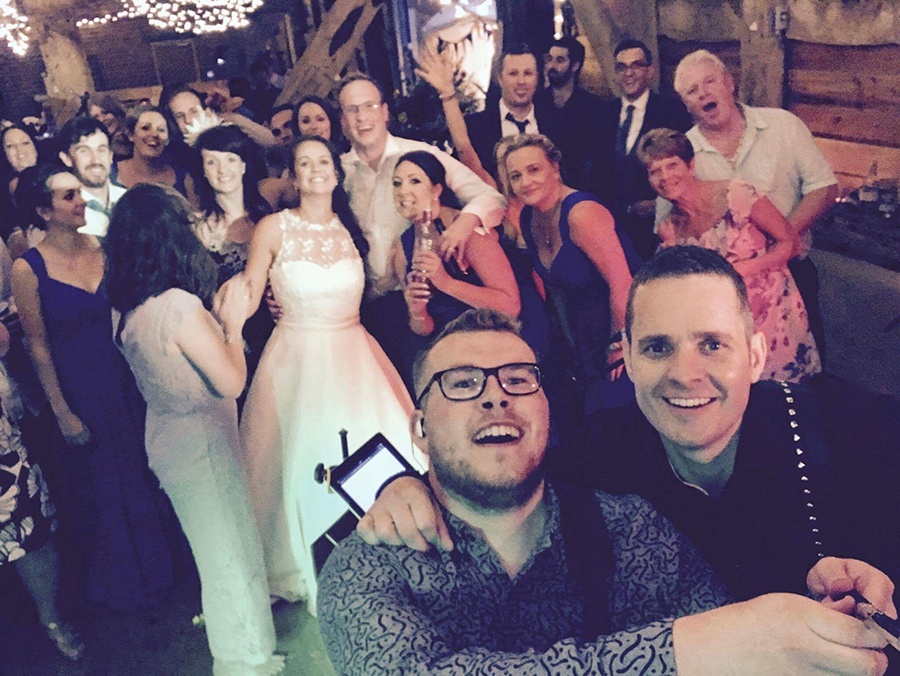 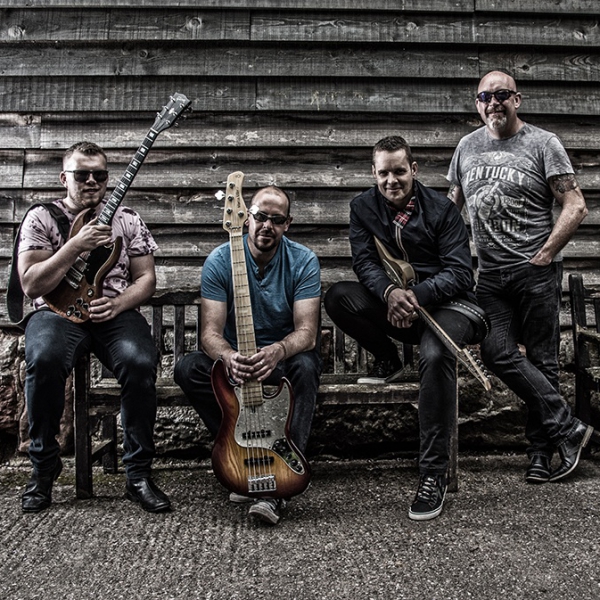 An uptempo, high energy band that will make your evening extra special. Having played over 500 gigs, the band have both experience and an extensive repertoire covering hits from the 60s to present day. This band will bring you something special to the party!

“We booked Stargazer for our wedding on 14/03/2020 and they were fantastic! Couldn’t fault them from start to finish...communication with Andy was always so prompt and professional and put us at ease before we met the band. They tailored the songs in the band set list to our requirements at very short notice, and all songs sounded great. On the day the band arrived early which we appreciated. Their performances were brilliant and they sang our first dance song perfectly. We had 2 DJ sets between the band sets and they included all the songs that we had asked for. Couldn’t of asked for anymore and couldn’t recommend them enough, thanks so much Stargazer!”

Great addition to a fabulous day!

“Stargazer learnt our first dance song and I think we actually preferred their version than the original! They were great to communicate with ahead of time and arrived early and also set up quickly as we running behind schedule. Great repertoire and really got the party going!”

“Definetly book them again, guest were very completmentary on their sound (even my dad!). Turned up at our venue far earlier than I would have expected to ensure everything was ready for a great night. Very professional and approchable especially during the lead up to the party regarding sound choices etc. Thanks for a great evening!”

Amazing!!! I can not recommend them enough!!

“The band were absolutely fantastic. From the start of the set, to the very last song, myself & our guests loved all the songs & buzzed from the amazing atmosphere! Leading up to our wedding, Andy was so helpful & responded to all my queries, no matter how big or small. You must book this band, you will not regret it. Our wedding day was made extra special because we booked them!”

Everything we hoped for and more!!

“We are so so pleased we booked Stargazer for our special day! From start to finish they were incredible and the atmosphere was everything we hoped it would be!! We received so much positive feedback from the guests and we would one hundred percent recommend these guys for up beat and fun entertainment! The guests and us loved every single minute of having them with us!”

Price from £1,208 + travel from Staffordshire

Most Alive Network artists travel UK wide and internationally. Get a guide price instantly by clicking the 'get quote' button and entering your event date and location. Make an enquiry and we will liase directly with Stargazer to confirm price, availability, and the provide you with a confirmed quote.

Acoustic Set free when booked within 7 days of enquiry Free

Payment of full fee 2 days in advance of the event

What Sort Of Music Do They Play?
Stargazer's' repertoire includes a high energy mix of music for everyone! Stereophonics, Pharrell Williams, Daft Punk, Kings of Leon,  Oasis, Snow Patrol, The Beatles, Elvis, The Who, T-Rex, The Jam & many, many more...

Your Event
Stargazer provide a high end PA system, quality LED lighting, a DJ package (macbook staffed by member of band) for in between sets, and a free 45 minute acoustic set if booked within 7 days of enquiry.

Stargazer pride themselves on their professionalism and musicianship, and promise a first class service for your special day!

Previous Clients
Stargazer have performed at numerous events across the UK for clients including:

Testimonials
Hi Andy,
Just wanted to say a massive thank you to you and Stargazer for making our wedding day a proper party!
You were absolutely brilliant! We were blown away by the first dance, it was such a good rock rendition of 'higher & higher', and the rest of your performance followed suit. You had everyone dancing throughout both your sets.
Thank you for being so helpful in setting up the microphone for speeches, and for being so relaxed in working around our schedule.
We had loads of comments from guests saying how good you were, and asking how we found you.
We had an awesome day, and the evening music was such a big part of it.
Kind regards,
-Will & Tarryn (Mr & Mrs Berry) (September 2016)

THE BAND WERE AMAZING!!! I really wanted a band that would get everyone dancing all night at our wedding and they delivered! They were incredibly professional, their set-up was really impressive and the music was perfection, exciting and a total crowd pleaser! Our guests couldnt stay off the dance floor there was barely any room haha. I had guests all night asking me where I found the band because they were all so impressed with them. The manager of the venue said that they were the best band they had ever had play there and they have over 200 weddings a year! Thank you so much to Andy and the whole band for making our wedding party an unforgettable night for everyone who attended. SPOT ON!
-Lizzie and Johann x (July 2016)

The whole process was easy to follow and use. There was lots of pre event communications to make sure everything was set up, this was very useful and now onto the band. They were absolutely fabulous. A great set of guys, played a great set. We danced the night away and every single guest said how amazing the band were.
The band made the party. I couldn't recommend highly enough just how good they were. Thank you so much!
-Tina Adamson (July 2016)

"Stargazer were fantastic and played both acoustic and full band music. My friends and family that came to the party loved it and I'm sure they will get repeat bookings after this as they were really good."
- Sarah Gardiner, 21st Birthday Party, Cheshire

"The band made our day and night. Two of them played acoustically at our afternoon reception, and then we had the full band for the evening and they were top drawer. I know they had lots of people asking for their details afterwards, so I knew I had made the right choice. Thankyou all again for making our day more special!"
- Helen Johnson, Wedding, The Upper House, Staffordshire

After booking, speak directly with Stargazer.