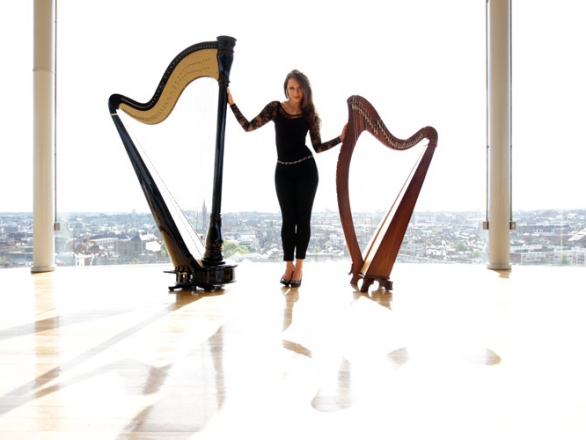 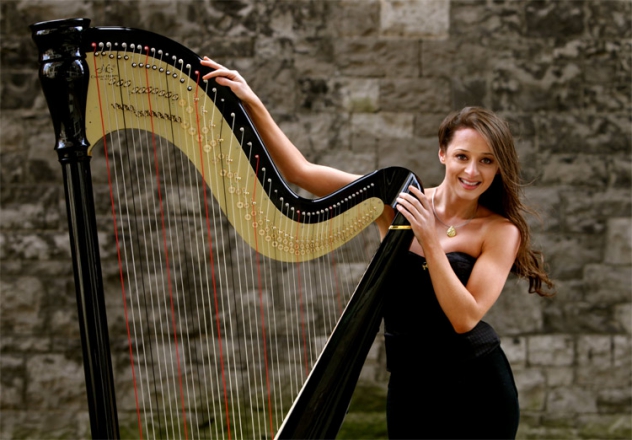 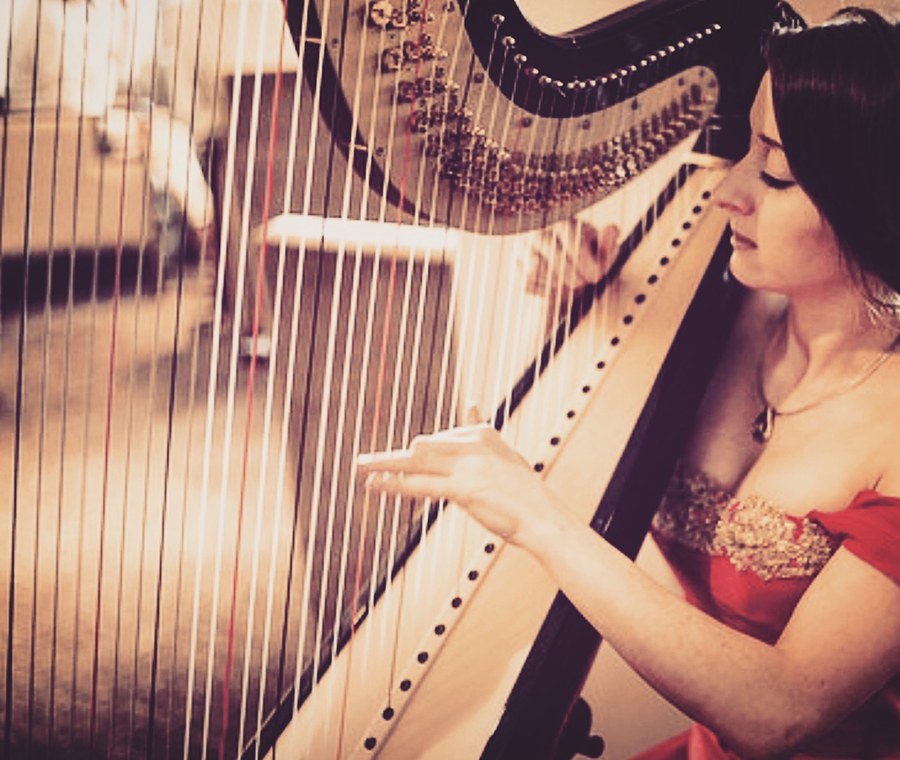 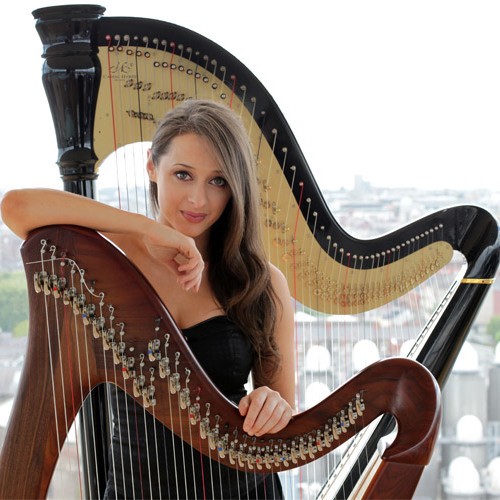 Seána is a concert harpist, an electric & Irish folk harpist. Having studied with the Royal Irish Academy of music, Seána also holds a B.A (hons) in Music and an M.Sc in Music Technology. A prolific touring and recording session harpist.

“Just perfect - thank you so much!”

The following is just a guide to Seána's wide ranging repertoire.

Pop & Swing
Marry You (Bruno Mars)
Over the Rainbow
And I Love You So
When you say nothing at all
The Long and Winding Road
Brown Eyed Girl
Love Changes Everything
Lady is a Tramp
Misty
Hallelujiah
Endless Love
Greatest Day
When I fall in love
Wonderful tonight
A Nightingale Sang in Berkeley Square
Chasing Cars
Leaving on a Jet Plane
Let it Be
With or Without You
Hey, Jude
Ain't Misbehaving
Fields of Gold
Fly Me to the Moon
Your Song (Elton John)
Moon River
Summertime
Songbird
I Get a Kick Out Of You
She
The Music of the Night
My Heart will Go On
Angels
You’re Beautiful
It had to be you
It's Now or Never
Lady in Red

Celtic
Mountain’s of Mourne
The Gentle Maiden
When Irish Eyes Are Smiling
The Foggy Dew
The Women of Ireland
Down By the Salley Gardens" / "Maids of Mourne Shore
Mo Ghile Mear
Give Me Your Hand: Tabhair Dom do Lámh
The Parting Glass
Turlough O’ Carolan
Carolan’s Concerto
Carolan’s Draght
Bridget Cruise
Síbeag Sí Mór
Lark In The Morning
Carrickfergus
Molly Malone
She Moved Through the Fair
Danny Boy" / "Londonderry Air
The Harp That Once Thru Tara's Halls
My Wild Irish Rose

Just perfect - thank you so much!

“Seana played during our wedding ceremony and drinks reception and was simply incredible. She is gifted and she added a really classy touch to our wedding. Thank you Seana, you made our perfect day even more perfect.”

Beautiful wedding addition, added something special to our day.

“Seana was professional from start to finish with brilliant communication. She's incredibly talented and it made for a lovely atmosphere throughout her performances on our wedding day. Walking down the aisle to beautiful music made it that extra bit special, as did having more beautiful music during the reception drinks. Everyone commented on how lovely the music was and she was lovely to meet! Would highly recommend to anyone wanting that extra special touch. Worth every penny and more :)”

Perfect for our wedding ceremony

“Seána played beautifully and all our guest were speechless regarding her performance. She was professional, knows her music and I have already recommended her services for my cousins wedding next year. Absolutely outstanding performer, 5 ***** rating. Thank you again.”

Just the most beautiful sound!

“Seana was perfect, such a lovely lady. Seana played exactly how we had imagined. She was seamless in setting up and moving from room to room. Seana played for our wedding ceremony and the harp created a such a romantic floaty feel. We couldn’t have asked for more. Seana even played Japanese music for our 2nd ceremony as requested for our Nicherin Buddhist binding ceremony. Stunning!! Thank you so much.”

Beautiful addition to our day!

“Seana performed at our wedding ceremony and did an amazing job. She was a great addition to our day. Thank you!!”

Most Alive Network artists travel UK wide and internationally. Get a guide price instantly by clicking the 'get quote' button and entering your event date and location. Make an enquiry and we will liase directly with Seana to confirm price, availability, and the provide you with a confirmed quote.

Playing the Concert, Irish and Electric Harps, Seána is a professional harpist who has toured extensively. She has recorded 4 studio albums to date, and features as guest harpist on many records. Seána works across genres playing everything from Classical, Traditional Irish, South American, Jazz, Celtic and World music, to composing her own original material, Seana is equally comfortable recording as she is performing live as a soloist or as part of a band / ensemble.

After studying with the Royal Irish Academy of Music, and earning the Associate Diploma in Teaching A.R.I.A.M on Irish harp and Licentiate Diplona in Teaching on concert harp (L.R.I.A.M) , Seana also holds a B.A (hons) in Music and Irish from National University of Ireland, Maynooth, and a Master’s degree of Science in Music Technology from Univeristy of Limerick. She is also the holder of 5 All Ireland and International Harp competition titles. Seána works on a collaborative basis in composition and also as a solo artist, more than happy to play any type of music required.

After booking, speak directly with Seana.