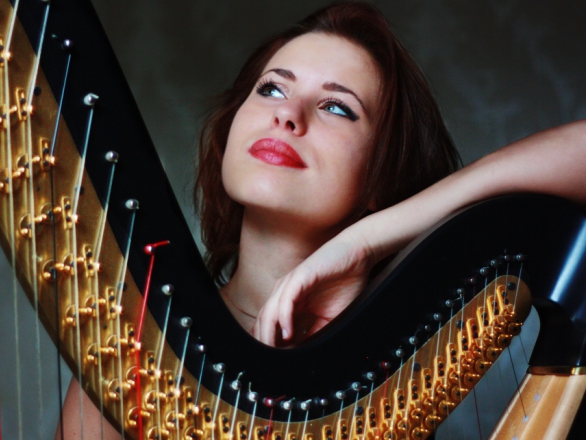 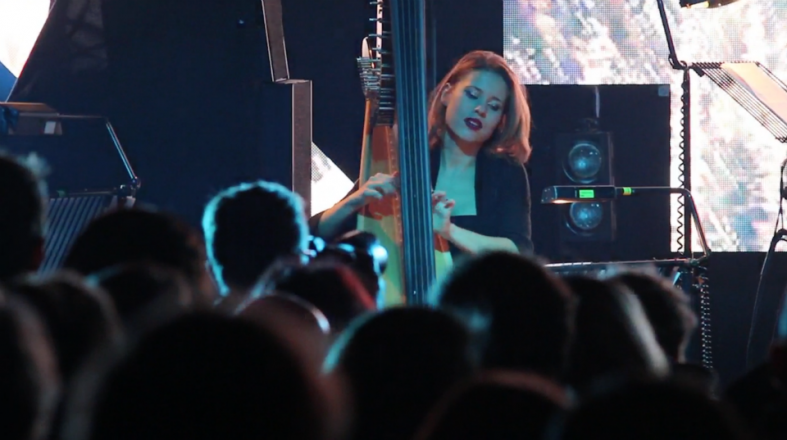 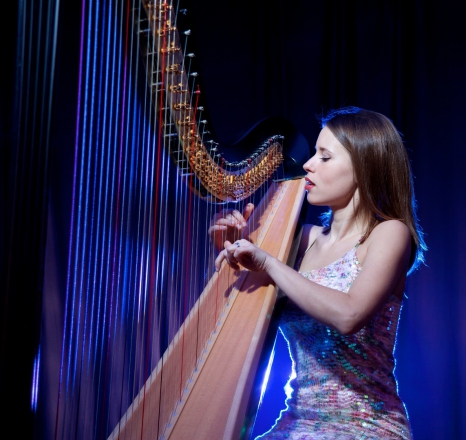 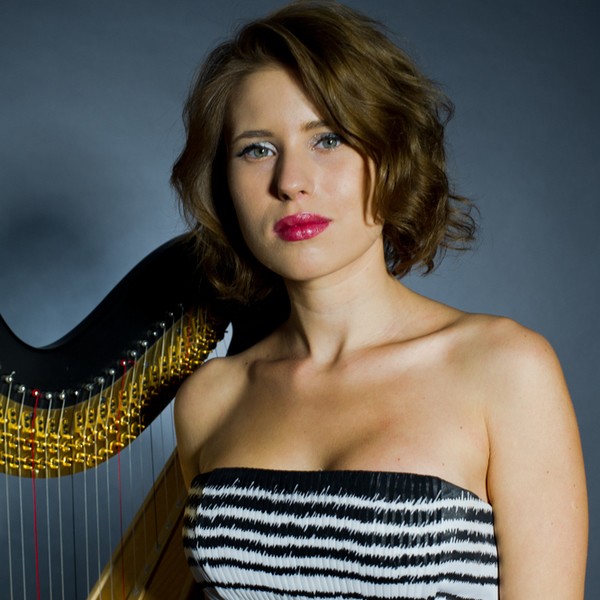 Graduate of the Royal College of Music in London, Lera is a classically trained harpist with a wealth of experience. Having performed for HRH the Prince Of Wales, at the Royal Albert Hall, The Houses Of Parliament & more, this professional musician provides a beautiful repertoire spanning Classical, Jazz, Blues, Bollywood, Pop & more!

“Beautiful, an amazing part of our special day!”

Valeria's harp repertoire includes classical, jazz, blues, pop, Bollywood and musicals, as well as her own compositions and improvisations.

You can see examples of her classical, popular and jazz harp repertoire below. If you don't see the piece you'd like to hear please don't hesitate to ask Valeria as she would be happy to arrange it especially for your event or harp concert.

Beautiful, an amazing part of our special day!

“We booked Lera to play at our wedding and she was flexible, helpful and friendly during the 3 different dates and 2 different venues caused by the Pandemic. She played beautifully at our outdoor wedding ceremony and drinks reception at the stunning Cliveden House Hotel. She was an amazing part of our special day and so many of our guests commented on how wonderful her music was! Highly recommended.”

Fantastic! She made my day the best ever!

“Professional and beautiful music played with detail and melody.Made our ceremony complete. I strongly recommend this artist. She was excellent and played the harp beautifully. The repertoire of the artist is vast for all tastes ..”

Fantastic! So happy with Lera Harpist.

“Lera harpist was very professional, on time and incredibly easy to work with. Beautiful playing and our clients were extremely happy. I would not hesitate to use Lera again. ”

Lera was great at our wedding!

“She looked beautiful and she played beautifully!! All our guests were impressed and loved the harp! She was punctual, played various songs, the harp was lovely, we did tell her before hand that it was a wedding and we needed her to wear something black tie event style and she did dress smartly and elegantly to cater for our look!”

Beautiful harp music floating through the air at our outdoor wedding.

“Valeria provided a wonderful musical setting for our outdoor Humanist wedding. She was very professional, easy to work with, and an extremely good harpist. Arriving to the wedding ceremony with the sound of Valeria’s harp playing for all our guests was a joy. As we wandered back from doing the photos, we could hear the sound from across the grass - magical. Thank you so much Valeria!”

Most Alive Network artists travel UK wide and internationally. Get a guide price instantly by clicking the 'get quote' button and entering your event date and location. Make an enquiry and we will liase directly with Lera Harpist to confirm price, availability, and the provide you with a confirmed quote.

Russian harpist Lera started her musical career at the age of 8 when she began studying the harp at the Gnessin State Musical College and later Moscow Conservatoire College.

Since then Lera has performed as a soloist and in ensemble groups in numerous concerts, in a vast range of concert halls: The Conservatory’s Concert Halls, Rachmaninov’s Concert Halls, The International House of Music, The Barvikha Concert Hall, and The Gnessin’s Hall. London concert halls she has played include: Wigmore Hall, Victoria and Albert Museum, The Barbican, Royal Albert Hall (Elgar room), Cadogan Hall, The Forge, The National Gallery, The Houses of Parliament, Westroad Hall (Cambridge) and The Royal College of Music concert halls. Lera has also performed for HRH the Prince of Wales.

In 2013 Lera became a principal harpist of the London Electronic Orchestra founded by Kate Simko. The project has had success since the very first show. They have performed at the iTunes Festival, Boiler Room in Ibiza, The Forge, The National Gallery and at the LEA festival.

Please note: Lera only travels further than 3 hours for concert events. Any weddings or private events must be within a 3 mile distance of NW London.