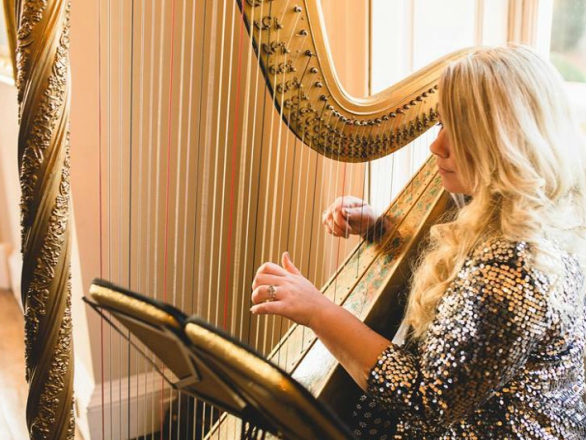 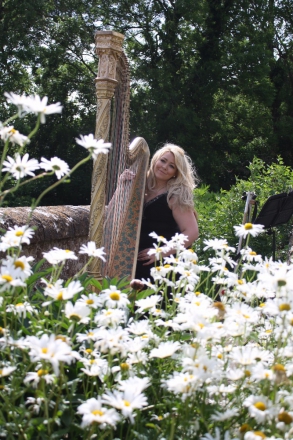 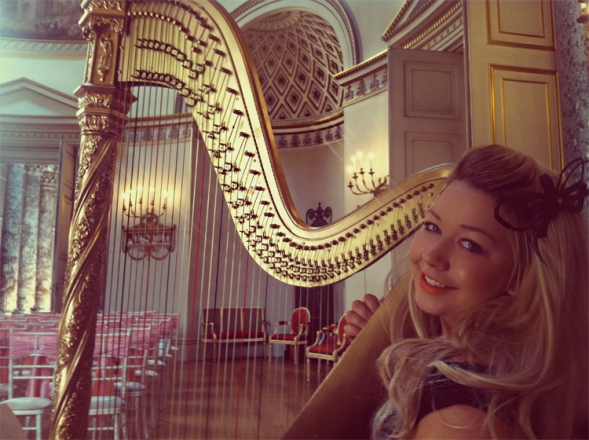 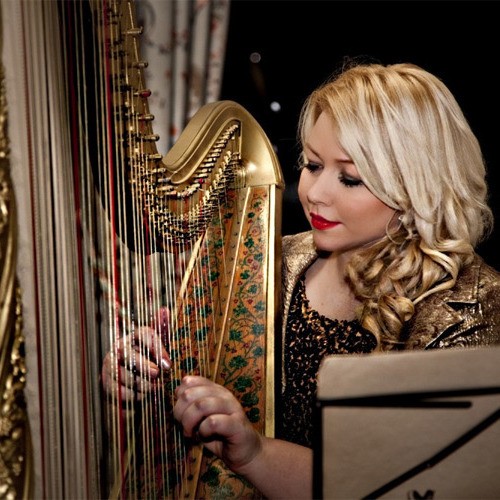 Jessica Louise is an advanced level Harpist performing beautiful, elegant music perfect to give any occasion that unique, special touch!

Song Choices For Signing The Register
The Power Of Love Celine Dion
The Way You Look Tonight Tony Bennett
When I Fall In Love Nat King Cole
Can You Feel The Love Tonight? Elton John
Eternal Flame The Bangles
At Last Etta James
I Can't Help Falling In Love With You Elvis Presley
I Do Westlife
This I Promise You 'NSYNC
I Do (Cherish You) 98 Degrees
You Are So Beautiful Joe Cocker
Power Of Love Luther Vandross
I Want To Know What Love Is Foreigner
All My Life K-Ci & Jojo
More Than Words Extreme
One In A Million Bosson
Only You Ashanti
Have I Told You Lately? Rod Stewart
When A Man Loves A Woman Percy Sledge
Kiss From A Rose Seal

Christmas Songs
Away In A Manager
All I Want For Christmas (Mariah Carey)
Coventry Carol
The Christmas Song (Christine Aguilera)
Deck The Halls
The First Noel
God Rest Ye Merry, Gentlemen
Hark! The Herald Angels Sing
The Holly And The Ivy
I Will Always Love You
Merry Christmas, Mr Lawrence
O Come All Ye Faithful
Once In A Royal David's Citysilent Night
Waltz Of The Flowers (From The Nutcracker Suite)
We Wish You A Merry Christmas
While Shepherds Watched
Good King Wenceslas
The First Noel
Ding Dong Merrily On High

Please Do Request Any Song Not On The List!

“Jessica was a brilliant addition to our wedding! I had always dreamed of walking down the aisle to our special song and Jessica playing it on the harp made it 100 times better than I could ever have imagined- it will be a memory I will never forget. Prior to the wedding, Jessica was great at communicating and was more than happy to take requests- I can’t thank her and recommend her enough!! THANKYOU!”

“Jessica was quick to setup and knew exactly what to do. She took special requests before the event and performed them excellently, The addition of a harp to my ceremony was beautiful and I will recommend her to anyone looking for a harpist, you would not regret it”

Beautiful backdrop to our wedding

“We wanted to say a big thank you for being a special part of our day. Everyone said how beautiful you played. Our communication was good and we were so pleased you could accommodate our special requests for specific songs. Thank you.”

More than I could of every hoped for!

“Jessica was amazing, so many guests commented on how fantastic she was. She contacted us before our big day to get our song lists and she was so easy to communicate with. She played all the songs we requested and they were out of this world, my only wish was that I could of heard her for longer. As a bride you don't get to spend as much time in the Chapel! So my husband and friends were truly lucky to get to listen to her before I arrived. She's worth every single penny and more, she adds such a magical element to a wedding.”

Jessica louise was out of this world

“Jessica made our day so special, she shared our whole day. All our guests commented on how good she was. Jessica added the extra special music to our day. We highly recommend her as she was absolutely amazing and would book her again in a heartbeat.”

Price from £273 + travel from Cheshire

Most Alive Network artists travel UK wide and internationally. Get a guide price instantly by clicking the 'get quote' button and entering your event date and location. Make an enquiry and we will liase directly with Jessica Louise (Harpist) to confirm price, availability, and the provide you with a confirmed quote.

Wedding Ceremony (up to 1 hour)

Drinks Reception only (up to 1 and a half hours)

Drinks Reception and Meal over a 3 hour duration

Ceremony, Drinks Reception and Meal over a 4 hour duration

Wedding Ceremony and Meal over a 3 hour duration

Payment of full fee 14 days in advance of the event

Jessica Louise is a professional harpist who has had over 15 years of experience performing at events including weddings, theatre productions, corporate events, formal dinners along with concerts accompanying choirs & orchestras across the county.

Jessica studied at the Birmingham conservatoire and also has studied the bassoon and piano to diploma level.

Jessica has performed in some of the UK's most exclusive venues and has been previously invited out to the Four Seasons in the Maldives to perform for guests during their Chritmas season. On more than one occasion Jessica has been asked by Her Grace, The Duchess of Rutland, to play at private events, for example; book signings, private dinners and shooting parties.