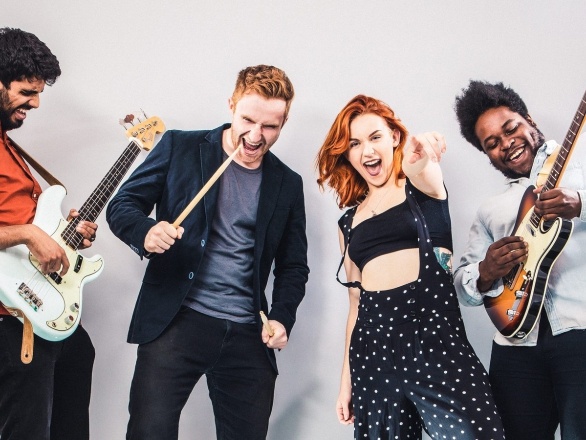 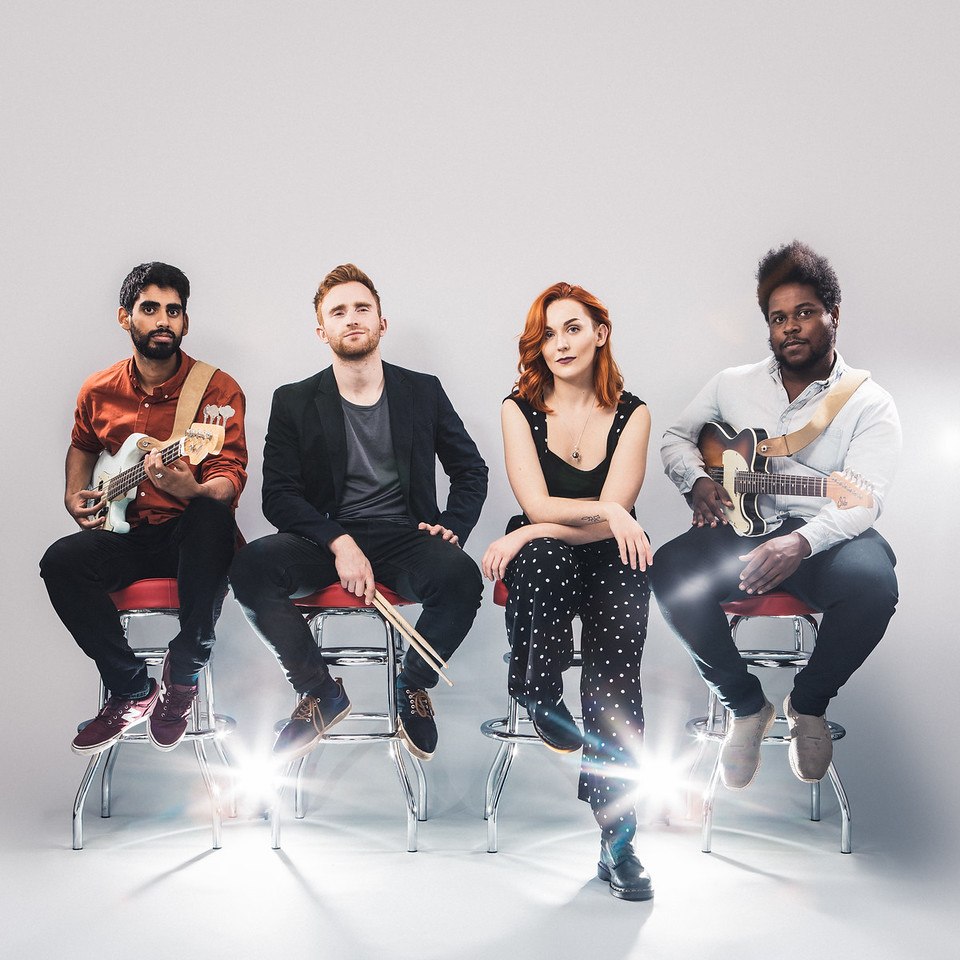 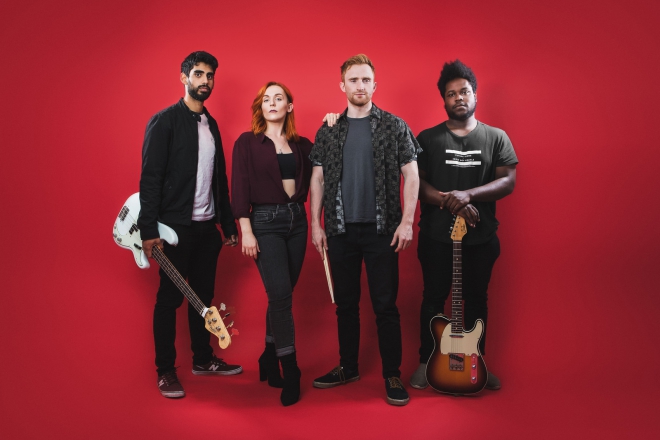 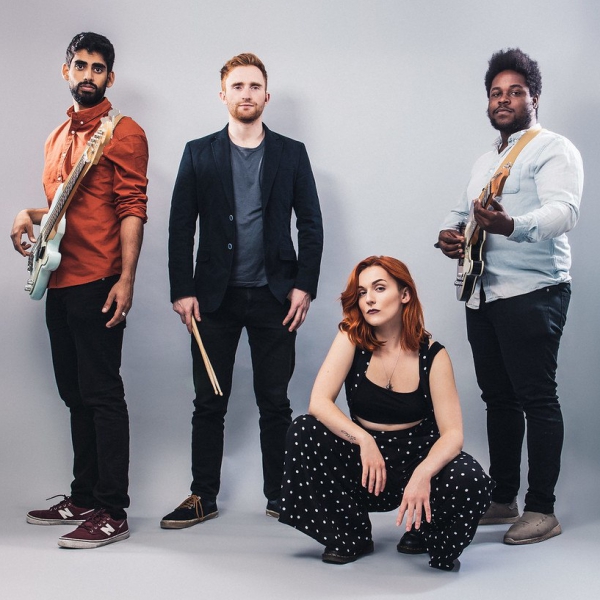 Soulful, stylish & effortlessly cool, Ignite are refreshing choice ready to fill your dance floor! Completely professional, these musicians have a wealth of experience having toured with the likes of Beverly Knight plus performed at venues such as The Royal Albert Hall. Ignites repertoire is tailored to offer something for everyone, from unforgettable classics to the very latest hits, book Ignite for an amazing live performance designed to get everyone on their feet!

“Sacha has an amazing voice and the band were awesome too. Nothing was too much trouble for them. Thanks!”

“Sacha and the band (ignite) were absolutely amazing! They learned our very specific first dance song (which was a mash up of 3) and were just so lovely in the lead up and during the wedding. Everyone was non stop dancing and we had soooo many comments on how good they were - we are still getting them now. Booking, payments and all the details were so straightforward and communication with Claire and Sacha was great throughout. Would highly recommend!”

“Sacha and the band were amazing! They had great energy and kept everyone dancing all night with some great tunes. They played our first dance song which was perfect! Sacha is lovely and was very easy to communicate with throughout. We are so pleased we booked them, they made our wedding even more special!!”

“Ignite absolutely smashed it, they gave 110% the whole night, we even got a chance to talk to them after one of their sets and they are just the nicest people! We would absolutely hire them for any other band needs!!”

They made our wedding evening!

“Sacha and the band were incredible, they absolutely made our wedding evening so much fun and everyone was on the dance floor all night. They even went out of their way to learn our first dance song, which was amazing. Thank you so much for playing and making our day one to remember.”

Based on 4 members performing 2 x 60 minutes

Most Alive Network artists travel UK wide and internationally. Get a guide price instantly by clicking the 'get quote' button and entering your event date and location. Make an enquiry and we will liase directly with Ignite to confirm price, availability, and the provide you with a confirmed quote.

Book Ignite within 7 days of your enquiry and receive a free DJ playlist.

Choose from male vocals and keys or guitar. Please note additional travel expenses will be added at time of enquiry.

Ignite are an energetic and unique 4 piece that offer you hours of soulful, fresh and professional entertainment!

A London based live band, it’s members have an eclectic array of credits to their names, individually having toured with the likes of Beverly Knight, and performed at world renowned venues such as The London Palladium and The Royal Albert Hall.

Having all studied a music degree at BIMM London Institute, Ignite have acquired the skills to give you the absolute best musical experience possible, Ignite are the perfect entertainment for any event!
Meet The Band
Sacha
Sacha is an extremely passionate performer with an eclectic musical background, having performed in large choirs around Austria, Germany and Belgium, to singing in a covers band in France and Amsterdam.

Sacha began singing at the age of 16 after falling in love with Musical Theatre, she studied Musical theatre at college whilst also being an integral member of Thomas Telford School Rock Choir. During her time in the choir Sacha performed at the Royal Albert Hall for two consecutive years, performing two of QUEEN’s classics, ‘Bohemian Rhapsody’ and ‘Somebody to Love’.

After leaving college Sacha performed in various musicals around the West midlands, before accepting a place at BIMM London Institute where she met the rest of ‘IGNITE’ and began performing with them in London, and has since performed with them in Amsterdam and France. Sacha has since graduated from BIMM London with a first class honours in Popular Music Performance.

Myles
Myles is a well-rounded guitarist with lots of experience playing in different venues across England. Myles began playing the guitar at the ages of 16 and has never looked back. One of his favourite shows was playing with members from the royal philharmonic orchestra in front of the queen.

After finishing sixth form he went off to study at Bimm London and this is where he met the rest of the band members. As a band they have now been together for about a year and have played numerous shows, which included shows abroad.

Keshav
All the way from Glasgow, Keshav moved to London when he was 17 to pursue his musical career. He started gigging straight away playing for many different artists as well as playing in cover bands and doing some theatre work. Since then he has played in venues such as The London Palladium, O2 Shepherds Bush Empire and The Brooklyn Bowl as well as having a few London residencies with various cover bands and as part of the house band for many different jam nights. He is heavily influenced by many funk/soul/pop artists such as Jamiroquai, Sly and The Family and The Average White Band, who have helped to craft his bass playing.

Keshav joined Ignite just over a year ago and has been gigging with them regularly ever since, playing all the country as well as around Europe. He is now a music graduate from Tech Music School and is now working as a full time musician.

Iain
Iain has vast experience within the music industry, from playing rock festivals around Europe to small jazz gigs in Paris and Holland! Hailing from Largs on the west coast of Scotland Iain picked up the sticks at the age of 12 and never looked back.

His first musical experiences were with his childhood best friends, they started a band and religiously played Nirvana and Blink 182 covers. As Iain got older he joined the academy jazz band where he expanded his musical knowledge and learned some key skills about playing as part of an ensemble. After leaving the academy Iain attended university in Scotland where he met some likeminded musicians and formed a band called Shelf Life, the band went on to record and tour, playing around Scotland and doing some German festivals.

Iain left shelf life in 2013 and moved to London to attend the music school BIMM where he studied popular music performance with a focus on drums. Since then he has been networking and honing his skills, while playing in a couple of cover band.

After booking, speak directly with Ignite.