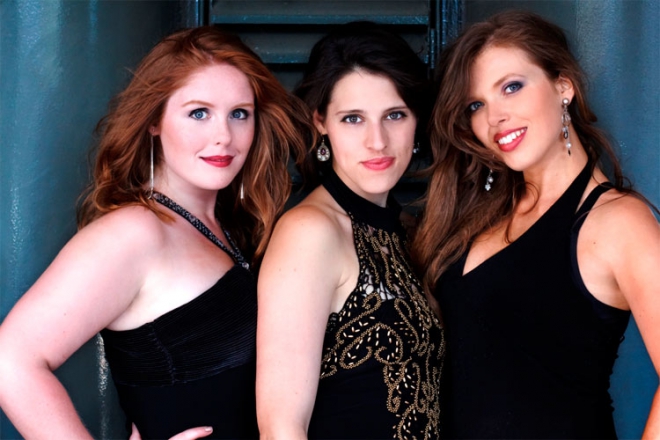 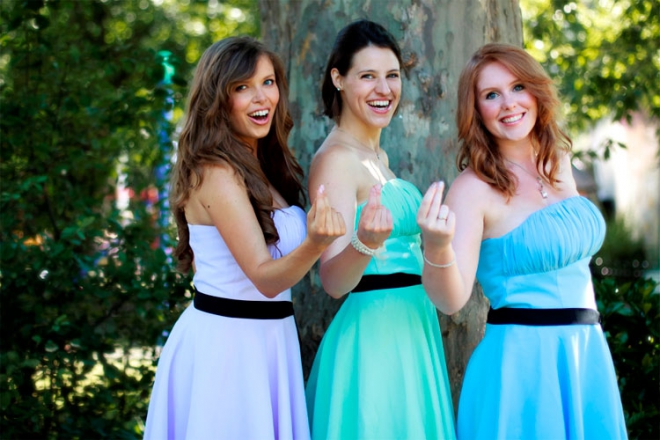 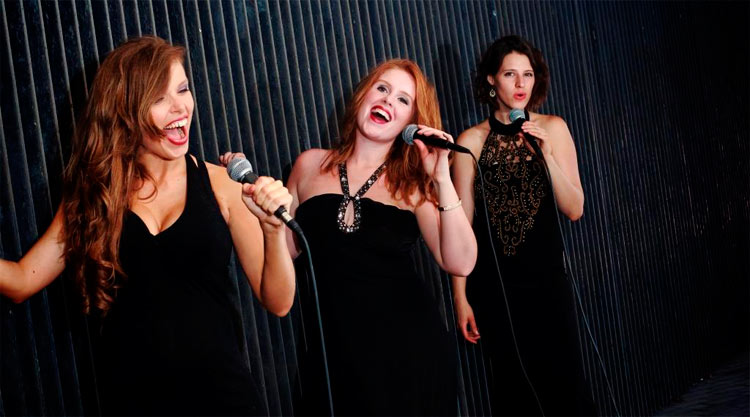 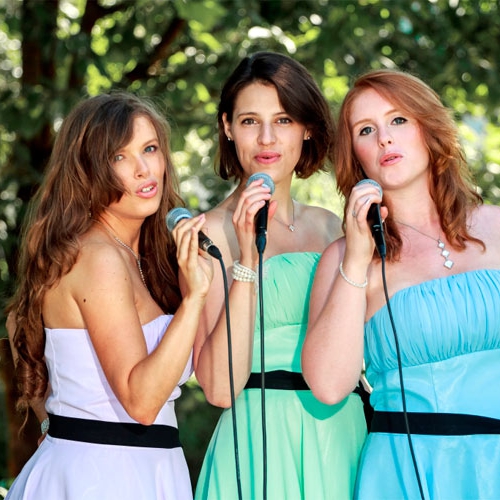 Voxima are a flawless a capella trio who provide an eclectic mix of contemporary pop music & beautiful classics. From bold & exciting to soulful & sensitive, Voxima's live performances will add flair to any event!

Wedding ceremony - a capella:
Pop
Ain’t no mountain high enough – Marvin Gaye and Tammi Terrell
All shook up – Elvis Presley
Anytime you need a friend – Mariah Carey
Because you loved me – Celine Dion
Be my baby – The Ronettes
Brand new day – Luther VanDross
Butterfly kisses – Bob Carlisle
Can’t help falling in love – Elvis Presley
Can’t stop loving you – Phil Collins
Close to you – the Carpenters
Fever – Peggy Lee
Fields of gold – Eva Cassidy
Fly me to the moon – Frank Sinatra
From this moment – Shania Twain
Have I told you lately – Van Morrisson
If I ain’t got you – Alicia Keys
Kiss from a rose – Seal
Marry you + Just the way you are  - Bruno Mars mash-up
Let’s stay together – Al Green
Make you feel my love – Adèle
The rose – Bette Midler
Songbird – Eva Cassidy
Stand by me – Ben E. King
Still the one – Shania Twain
Stuck on you – Lionel Richie
Two become one – Spice Girls
We’ve only just begun – the Carpenters
You are so beautiful – Joe Cocker
You raise me up – Secret Garden

Wedding ceremony - with guitar accompaniment:
All you need is love - Beatles
Bridge over troubled water – Paul Simon
Crazy little thing called love - Queen
Everything – Michael Bublé
For once in my life – Stevie Wonder
Happy together – The Turtles
I say a little prayer for you – Aretha Franklin
I’m yours – Jason Mraz
Imagine – John Lennon
She – Elvis Costello
Top of the world – the Carpenters
Your song – Elton John

Christmas Repertoire!
Carols (just a selection) - a capella:
We wish you a merry Christmas
Angels from the realm of glory
The first Noel
Carol of the bells
The Coventry Carol (Lullay thou little tiny child)
God rest you merry gentleman
Hark the herald angels sing
Rise up, shepherd, and follow
What child is this? (Greensleeves)
Silent night

“Such sweet angelic voices. You made our day so special, you're absolutely fab.”

You were a smashing add on to our Christmas party. We never received our gifts i...

“You were a smashing add on to our Christmas party. We never received our gifts in such a charming way, everyone's still talking about it today!”

Most Alive Network artists travel UK wide and internationally. Get a guide price instantly by clicking the 'get quote' button and entering your event date and location. Make an enquiry and we will liase directly with Voxima to confirm price, availability, and the provide you with a confirmed quote.

Whether it be as divine wedding singers, James Bond-style vamps or Christmas angels, Voxima provide an eclectic mix of contemporary pop music and classics.  From bold and provocative, to soulful and sensitive, Voxima will add flair to any event.

About the singers:
Raphaëla
Raphaëla is the founding manager of Voxima. With more than six years of experience in professional vocal groups, she launched her own high-end vocal concept. Her ambition to better her product week after week results in a cutting edge, highly professional group that can handle any event.

She is an award winning and committed vocal performer with a confident and sparkling stage personality. With a large range and a clear and soulful tone, she will engage any audience in a flash.

Rhiannon
Rhiannon, an Actor/Musician from London, has been singing professionally for over five years. Performing in various groups, shows and choirs throughout her youth, including the English Schools' Choir and YMT: UK, she then went on to study at the University of Oxford, with the John Bain Choral Scholarship. Whilst there she joined The Oxford Gargoyles (Winners of the Voice Festival UK, 2010) touring across the world and performing in some of the finest music venues. Simultaneously she gained a Distinction in her ATCL Diploma in Musical Theatre from Trinity College, London, which inspired her to go on and study for an MA in Acting at Arts Ed, London.

Since then, Rhiannon has been working as a professional singer and pianist, alongside her acting career. Recent experience includes singing in various musical productions, with the BBC Symphony Chorus and regular performances of 'Let's Do It!" - A Celebration of Cole Porter and his Contemporaries around London.

Aleksandra
Aleksandra started her musical education at music school with violin as specialisation, at the age of seven. After many years of classical education she changed to jazz and pop singing.

Following a degree in psychology at the Jagiellonian University, one of the oldest universities in Europe, Aleksandra attended the School of Jazz and Contemporary Music in Krakow (Poland). She has sung in several professional choirs, including the Royal Chapel Mixed Choir of the Krakow Cathedral and collaborations with the Krakow Opera Choir. She has also arranged for, performed and recorded with numerous hip-hop and reggae bands in Poland, including Junior Stress & Sun El Band, Lilu and Made in China. Furthermore, she has performed at major festivals including the JoyRide Redbull festival and the Afrika Festival.

Deciding to pursue her career as a singer songwriter, she moved to London in July 2013 to record her compositions and boost her music career. She’s currently recording with several producers and collaborates with drum & base producer Rud Dare for recording vocals for his album. She also has lots of experience singing at weddings, receptions and parties.

Please note: Voxima are an a capella vocal group and therefore do not require a PA as standard. If you require Voxima to perform with a PA system, please see booking options.

After booking, speak directly with Voxima.