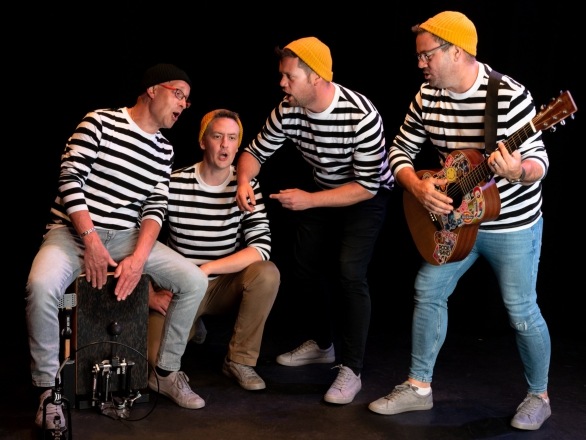 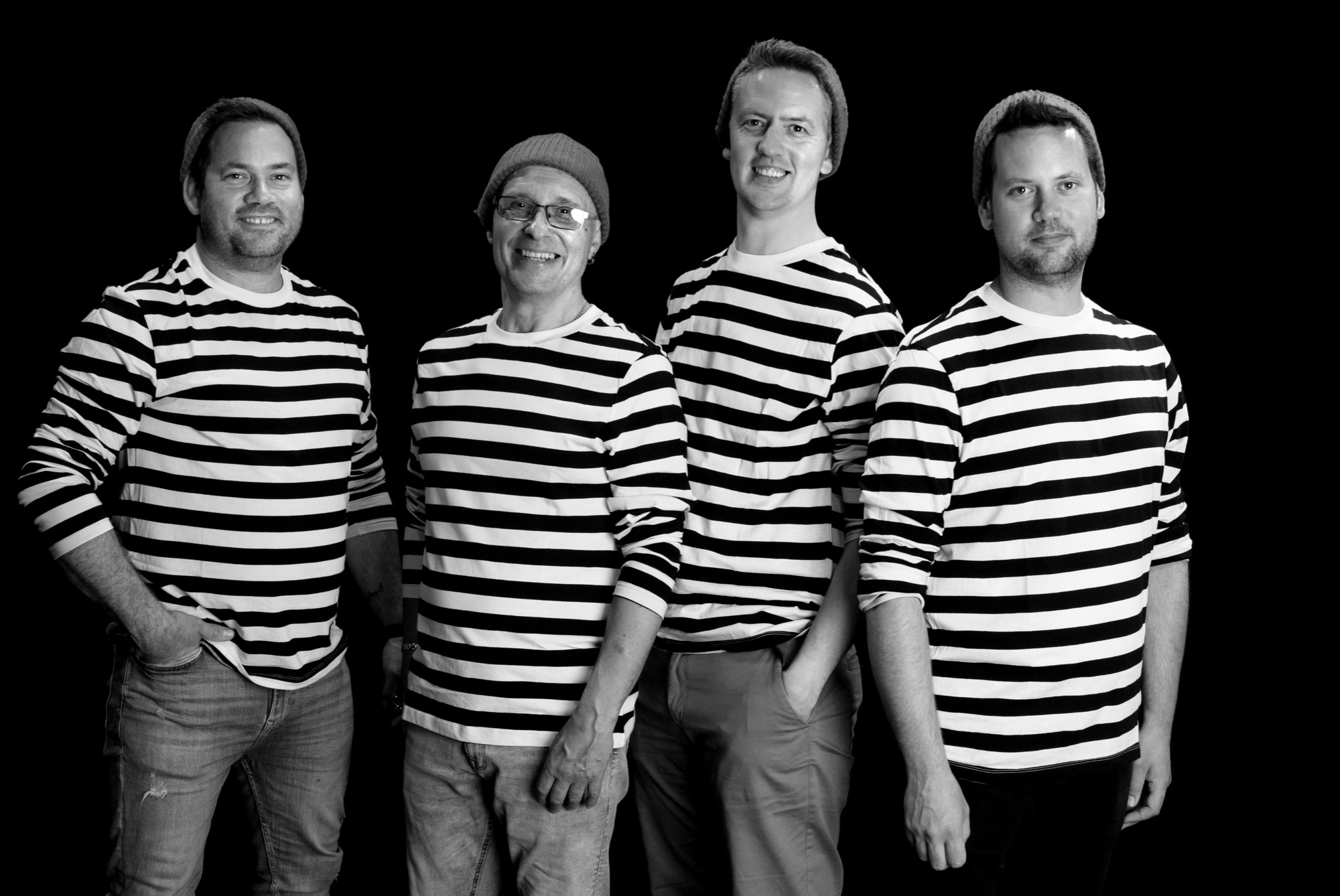 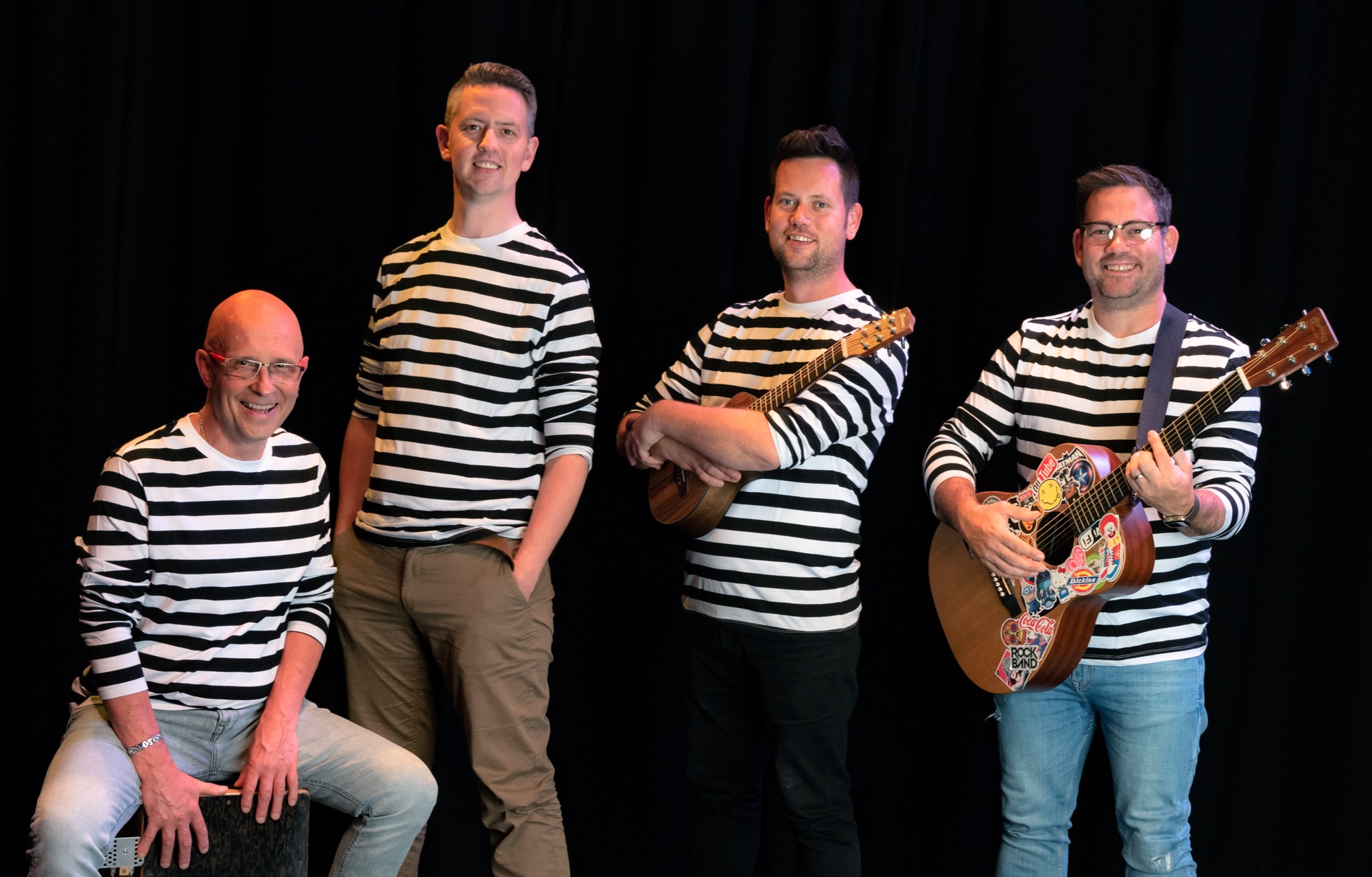 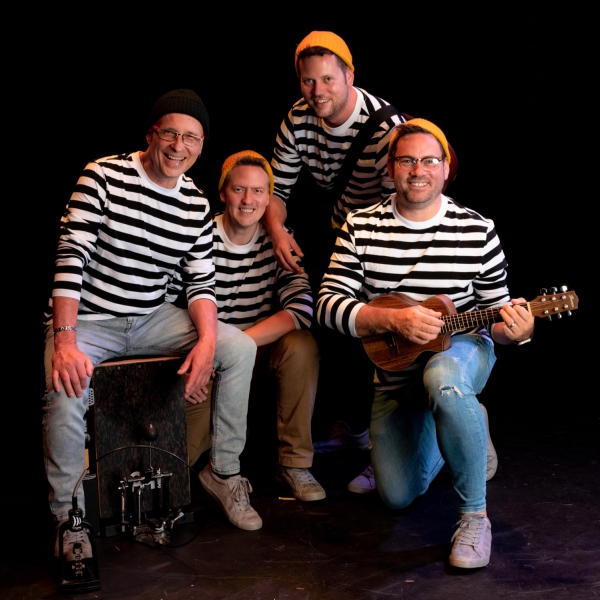 The Shanty Buoys are a wandering acoustic group home-brewed in rural Suffolk with an unmistakably bold and original harmonic sound covering folk, sea shanties ('The Wellerman'!) and acoustic folk covers of contemporary songs and '90s classics.

Sea Shanties & Whaling Songs:
(This is just a selection of our repertoire)

“The Shanty Buoys were brilliant, they really made our seaside themed party complete!”

They made a good party even better

“I've waited nearly two years for this event to take place and the Shanty Buoys didn't disappoint !!!! They interacted with everybody there and even invited my nieces 6yr old daughter to sing with them. The guys were very polite and friendly and i would not hesitate in recommending them to anybody. Thank you so much Ian”

Worked a treat. Just right for this event

“A very amicable bunch of performers, interested in their audience and accommodated accordingly. Definitely on our to rebook list. Indeed for any Naval type event, appreciated by all guests, they liked the singalong and interaction.”

“Excellent performers, very communicative before the day of the event, very easy to work with. The day went perfect and the Members and guests loved the show! 5* rating!! Shanty Buoys were simply brilliant ??”

“We had a fantastic night with the Shanty Buoys at Dunston Hall. The band provided a great atmosphere, lots of unique songs, got the group to join in the songs and provided a really enjoyable night. Our guest had lots of positives to say about the music :-) Booking the band and communicating with Stephen was very easy and all the group were polite, friendly and easy to enjoy their company. I'd be happy to recommend!”

Price from £833 + travel from Suffolk

Most Alive Network artists travel UK wide and internationally. Get a guide price instantly by clicking the 'get quote' button and entering your event date and location. Make an enquiry and we will liase directly with The Shanty Buoys to confirm price, availability, and the provide you with a confirmed quote.

4 x Performers (including Percussionist) as standard.

Please Note: Quotes for events based in London currently include a ULEZ / Congestion Zone charge. Any London events outside of these area’s would receive a discount of the charge amount. Please speak to an Alive Network booking agent for details.

The Shanty Buoys take their cue from the likes of The Fisherman’s Friends and The Sheringham Shantymen, giving performances which are an authentic mix of traditional 19th century pub singaround, offbeat fun performances with a dash of medicine show huckster but primarily a fresh and dynamic approach to folk music that has seen them described as “A slightly salty Mumford & Sons”.

With a hugely diverse repertoire, ranging from the Middle Ages - the present day, they are as at home singing rousing traditional sea shanties, whaling arias, smuggling and wrecking refrains, murder ballads and tunes of ne’er-do-wells as well as acoustic and “shantyfied” covers of contemporary songs and ’90s bangers by the likes of Vanilla Ice, S Club 7, The Spice Girls, Bruno Mars, Britney Spears and others - all performed with their own unique “shanty” twist.

The group have a traditional shanty line-up of between 3 and 7 vocalists (according to your requirements and budget) but also with a percussionist playing cajón, occasional guitar-backing and even the occasional dulcimer and mandolin and with over 10 years’ experience performing at some of the most prestigious venues across the U.K., festivals and high-end corporate events, the Shanty Buoys promise to bring something fresh, memorable and fun to your event or wedding day - the perfect mix of chilled-out acoustic background with block-part harmony, unique entertainment and lots of fun.

After booking, speak directly with The Shanty Buoys.