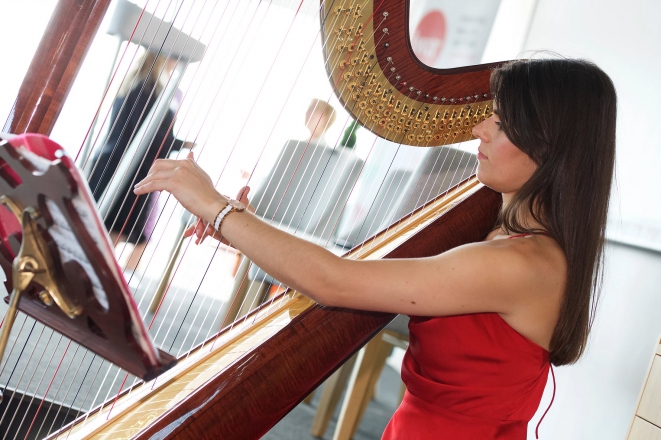 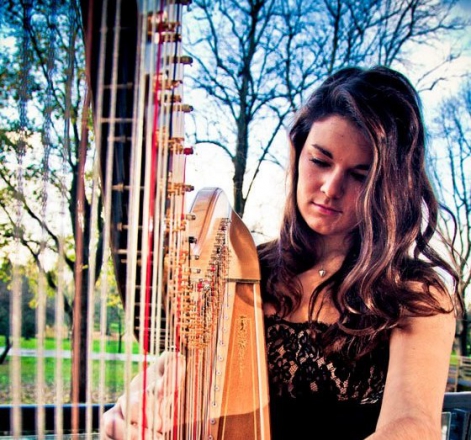 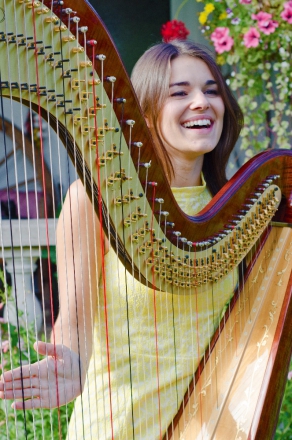 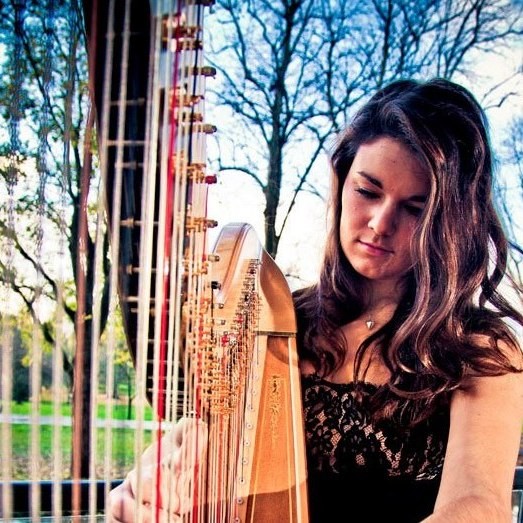 Having studied at the Royal Welsh College of Music, The Cardiff Harpist is a highly experienced & talented harpist who has gone on to perform for high profile clients such as the Welsh Government, the British & Irish Council, BMW, Cardiff City Football Club and HRH Duke & Duchess of Cambridge to name a few!

The Cardiff Harpist - Available from AliveNetwork.com

“Thank you for the fantastic job.”

Popular
All Of Me- John Legend
Thinking Out Loud- Ed Sheeran
Thousand Years- Christina Perri
Hey Soul Sister- Train
Make You Feel My Love- Adele
Patience- Take That
Rule the World- Take That
Greatest Day- Take That
Viva La Vida- Coldplay
This Year’s Love- David Gray
Wonderwall- Oasis
One Day Like This- Embrace
A Design For Life- Manic Street Preachers
Sex on Fire- Kings of Leon
I’m Yours- Jason Mraz
Lucky- Jason Mraz
Warwick Avenue- Duffy
You Give Me Something- James Morrison
Umbrella- Rihanna
Run- Leona Lewis
Kissing You- Des’ree
Home- Michael Buble
Everything- Michael Buble
Save the Last Dance for Me- Michael Buble
You Raise Me up- Westlife
Flying Without Wings- Westlife
Fields of Gold- Eva Cassidy
Songbird- Fleetwood Mac
Angels- Robbie Williams
Endless Love- Lionel Richie
Have I Told You Lately- Van Morrison
Let It Be- The Beatles
All You Need Is Love- The Beatles
Love Is All Around Me- Wet Wet Wet
Your Song- Elton John
We Are the Champions- Queen
Everything I Do, I Do it for You- Bryan Adams
We’ve Only Just Begun- The Carpenters
Unchained Melody- Elvis Presley
Dancing Queen-Abba
Love and Marriage- Frank Sinatra
Come Fly with Me- Frank Sinatra
Can’t Take My Eyes off You- Frankie Valli
Hallelujah- Leonard Cohen

Thank you for the fantastic job.

“Just wanted to say a huge thank you for the fantastic job that you did playing at our wedding last Friday. My guests said how much they enjoyed the music, which they said added a touch of class and sophistication to the day and it certainly helped to create the elegant yet relaxed ambiance that I wanted. You really are a talent harpist and it would be a pleasure to have you play at any event that we may have in the future, so thanks again.”

It was a pleasure to meet you on Sunday & we were so privileged to hear you ...

“Very professional and genuine. A credit to Royal Welsh College of Music & Drama”

Price from £320 + travel from Vale of Glamorgan

Most Alive Network artists travel UK wide and internationally. Get a guide price instantly by clicking the 'get quote' button and entering your event date and location. Make an enquiry and we will liase directly with The Cardiff Harpist to confirm price, availability, and the provide you with a confirmed quote.

The Cardiff Harpist studied with Caryl Thomas at the Royal Welsh College of Music and Drama where she graduated with a BMus (Hons) degree in 2015. During her time at RWCMD, she performed in masterclasses with Isabelle Perrin, Alice Giles, Marisa Robles, Chantal Mathieu, Florence Sitruk and Catrin Finch.

Megan (The Cardiff Harpist) performs regularly at formal and high profile events, with clients including the Welsh Government, the British and Irish Council, BMW and the Cardiff City Football Club. Most recently, Megan performed for the US Ambassador to the United Kingdom during his visit to Cardiff. She was also invited by the Welsh Government to perform for their St David's Day Celebrations at Le Bibliothèque Solvay, Brussels and The Foreign and Commonwealth Office, Westminster.

In 2014, Megan performed for HRH Duke and Duchess of Cambridge at the Valero Oil Refinery in Pembrokeshire. She also performed Britten's War Requiem with the RWCMD Chamber Orchestra under the baton of Carlo Rizzi and with baritone Simon Keenlyside. Megan was honoured to play The Planets with the world renowned Cory Band in July 2014 as part of the Deal Festival of Music and the Arts.

Megan enjoys her role as an accompnist for various singers and in June 2014 she accompanied tenor Trystan Llyr Griffiths as well as performing a harp solo at the House of Lords, Westminster. She also premiered a new commission with mezzo soprano Kerri-Lynne Dietz in a ceremony for the former Archbishop of Canterbury, Rowan Williams.

In March 2013 Megan performed for HRH Prince of Wales and Duchess of Cornwall during their St. David's Day visit to Cardiff. That Summer, she also performed a solo at the prestigious Three Choirs Festival.

After booking, speak directly with The Cardiff Harpist.