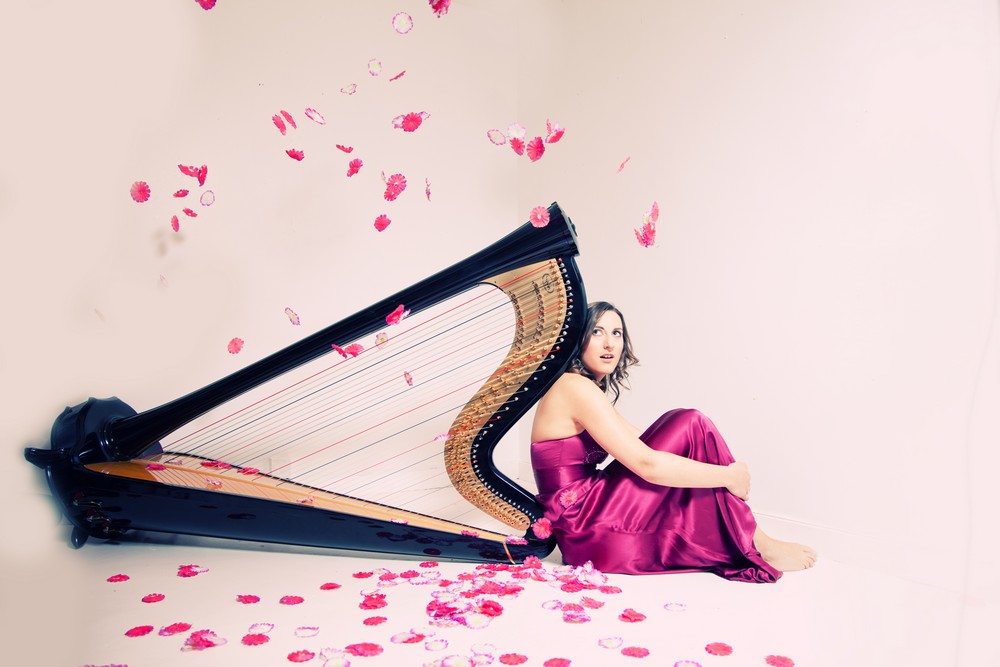 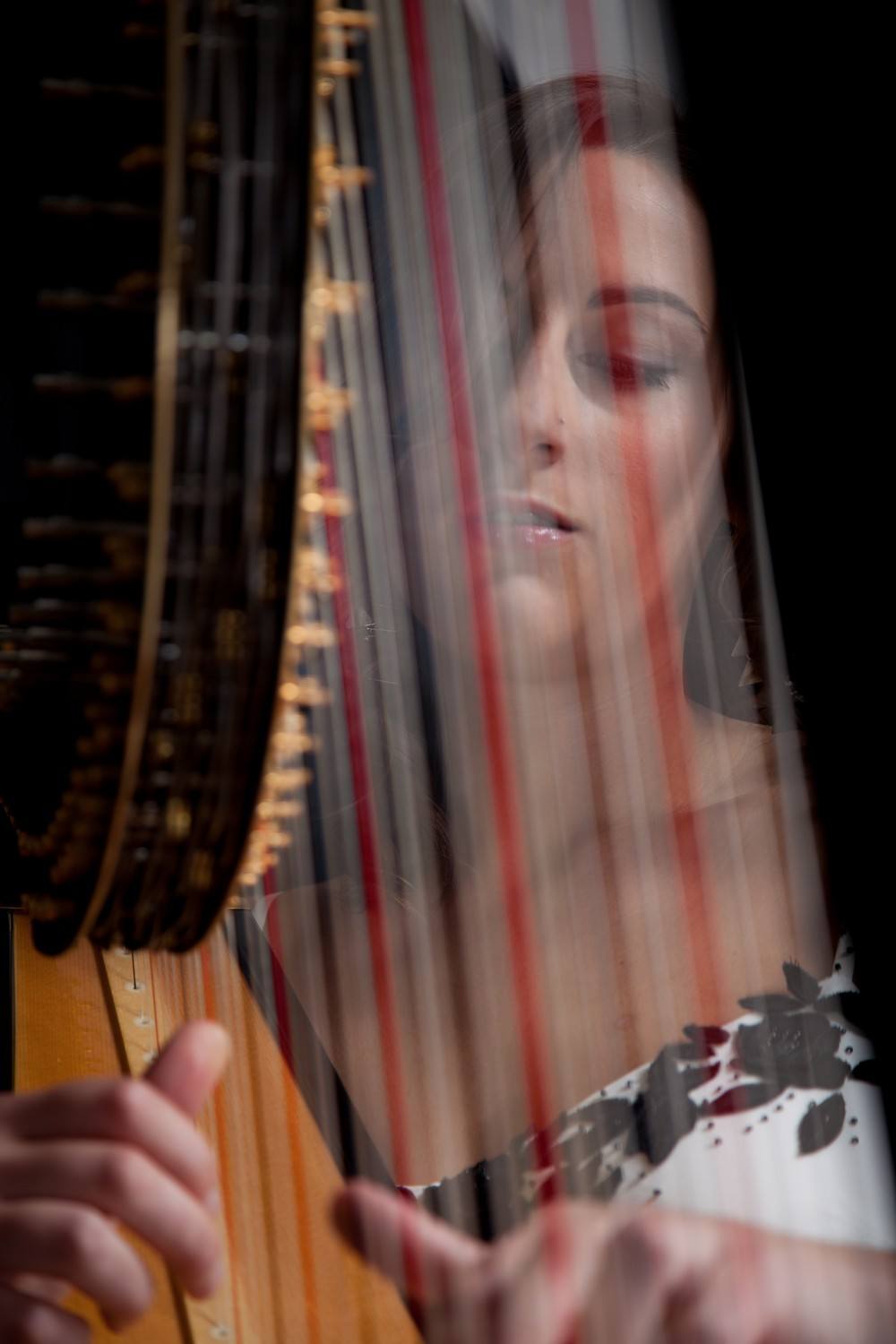 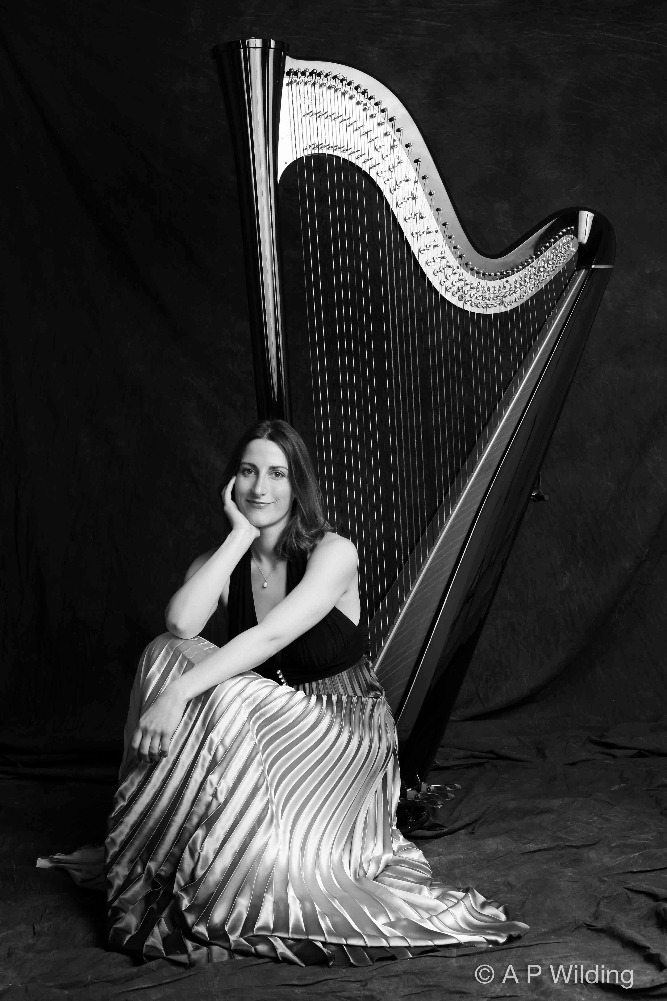 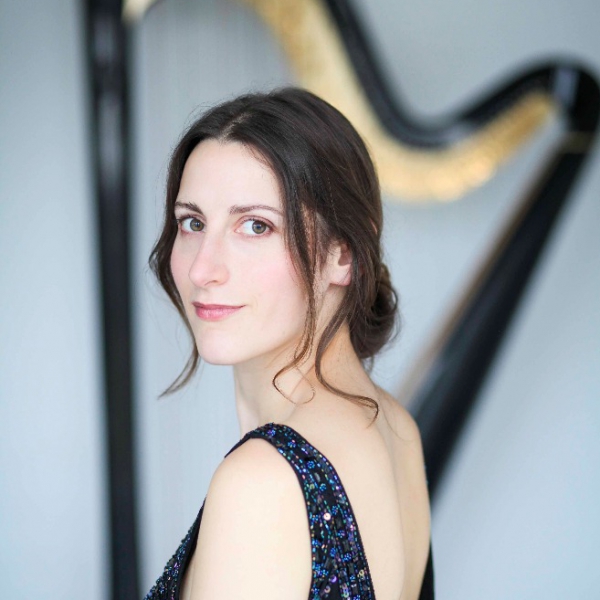 Having performed at prestigious venues throughout the world in front of members of the Royal Family; and on radio and TV Cecile Harpist is a highly experienced and professional harpist who will add a touch of class to any occasion. Her repertoire covers everything from classical, modern pop songs and themes from stage, film and TV.

“Really great performance at our wedding”

Jazz Standards and Musical Theatre
Ain't misbehavin' - Waller and Brooks
Alfie - Bacharach
All I Ask of You from 'Phantom of the Opera' - Lloyd Webber
All The Things You Are - Kern
Around the Clock Suite - Pearl Chertok
As Time Goes By – Hupfeld
At Last – Etta James
Autumn Leaves – Kosmas
Because - Guy d'Hardelot
Bewitched - Rodgers
Bidin’ My Time - Gershwin
Blue Moon - Rodgers and Hammerstein
Body and soul - Green
Bring Him Home from Les Miserablés
But Not For Me - Gershwin
Bye, Bye Blackbird - Henderson
Can't Help Lovin' Dat Man from Showboat
Chances Are – Allen
Days of wine and roses – Mancini
Dream - Mercer
Don't Cry For Me Argentina from 'Evita' – Lloyd Webber
Don't Get Round Much Anymore - Duke Ellington
Embraceable You - Gershwin
Everybody Loves Somebody - Lane
Fly Me To The Moon – Sinatra
Fools Rush In – Bloom
For You - Michael Kamen
I Dreamed a Dream from ‘Les Miserables’
Indian Summer – Victor Herbert
I Love You Truly - Carrie Jacobs Bond
It Had to Be You – Isham Jones
It's Been a Long, Long Time – Styne
I Want To Be Happy - Youmans
I Wish I Knew How It Would Feel To Be Free - Billy Taylor
Jardin d'Hiver – Beaumont
Kiss Me Again – Victor Herbert
Lady Be Good - Gershwin
La Vie En Rose - Louiguy
Losing My Mind from Follies
Lover, come back to me! – Romberg
Love Story
Lullaby of Birdland - Weiss
The Man I Love – Gershwin
Memory from ‘Cats’
Misty – Garner
Moonlight in Vermont – Suessdorf
Moonglow - Hudson/DeLange/Mills
My Love - Tony Hatch
One Alone – Sigmund Romberg
On My Own from Les Miserables
O Promise Me - de Koven
Rhythm of the rain - Gunmoe
Secret Love – Fain
Serenade from The Student Prince – Sigmund Romberg
Send in The Clowns from A Little Night Music – Sondheim
Smoke Gets In Your Eyes - Kern
Softly As I Leave You – Sinatra
Softly, As In A Morning Sunrise – Romberg
Somebody Loves Me – Gershwin
Someone To Watch Over Me - Gershwin
Spring Is Here – Loesser and McMugh
Stars from Les Miserables
Stranger in Paradise - Tony Bennet
A Summer Place Theme from A Summer Place
Summertime - Gershwin
Take Five - Desmond
Take the “A” Train - Strayhorn
Tea for two - Youmans
Time After Time - Styne
Themes from An American in Paris and Rhapsody in Blue - Gershwin
They Can’t Take That Away From Me - Gershwin
Toyland – Victor Herbert
Wishing you Were Somehow Here Again from ‘Phantom of The Opera’ – Lloyd Webber
When I Grow Too Old To Dream – Sigmund Romberg
Will You Remember – Sigmund Romberg
Younger Than Springtime - Rogers and Hammerstein

Birthday and Christmas
Angels Have We Heard On High
Away In a Manger
Deck The Halls
The First Noel
Good King Wenceslas
Happy Birthday
Have Yourself A Merry Little Christmas
It Came Upon A Midnight Clear
In The Bleak Midwinter
Joy To The World
Lo, How a Rose E-er Blooming
O Come All Ye Faithful (Adeste Fidelis)
O Little Town of Bethlehem
O Holy Night
On Christmas Night
O Tannenbaum (O Christmas Tree)
Silent Night
We Three Kings of Orient Are
Winds Through The Olive Trees

Really great performance at our wedding

“Cecile was brilliant throughout. She was very friendly and responsive prior to the wedding, gave us a great list of songs and helped us pick the best possible playlist. She set up without me having to provide on the day guidance (which as a stressed groom was helpful) and played beautifully as we expected. We would definitely recommend.”

Based on 1 person performing Up to 2 hours

Most Alive Network artists travel UK wide and internationally. Get a guide price instantly by clicking the 'get quote' button and entering your event date and location. Make an enquiry and we will liase directly with Cecile Harpist to confirm price, availability, and the provide you with a confirmed quote.

Additional half an hour

Add a flautist to perform alongside Cecile. (please not the price quoted for the flautist does not include travel costs, please speak to a booking agent for more details)

Add a soprano/mezzo-soprano singer to perform alongside Cecile. (please not the price quoted for the flautist does not include travel costs, please speak to a booking agent for more details)

Cecile has studied harp at Trinity College of Music and Royal Holloway, University of London where she graduated in 2012 with a first in harp performance. At the age of 18 Cecile performed to members of the Royal Family as part of the celebrations for Prince Charles’ 60th birthday at the Royal Opera House in Covent Garden. This was in collaboration with the then Royal Harpist, Claire Jones, and the Philharmonia Orchestra.

Leading a busy professional career as both harpist and singer, Cecile has performed all over the world including Europe, Australasia, the French Polynesia and the USA. She has taken part in broadcasts on BBC Radio 3 and Classic FM, as well as several television musical appearances. Most recently she took part in the 2014 Royal British Legion’s Festival of Remembrance at the Royal Albert Hall, broadcast on BBC One; and in Spring 2015 appeared as a guest recitalist in Kuwait City, performing as part of the British Council’s Cultural Season at the Dar al-Athar al-Islamiyyah in collaboration with the British Embassy of Kuwait.

Cecile has made various solo appearances with orchestras around the country performing an array of music including concerto works by Gliere, Mozart, Ravel and Debussy. She currently holds the position of Resident Harpist at The Waldorf Hilton Hotel in Covent Garden, as well as being in high demand for weddings, receptions and corporate events. Such occasions have included performances at private engagements for Rolling Stones member, Ronnie Wood; the former Archbishop of Canterbury, Rowan Williams; Time Out Magazine’s New Year’s Eve party at London’s newest skyscraper, the Shard; and most recently, Her Majesty The Queen and the Duke of Edinburgh