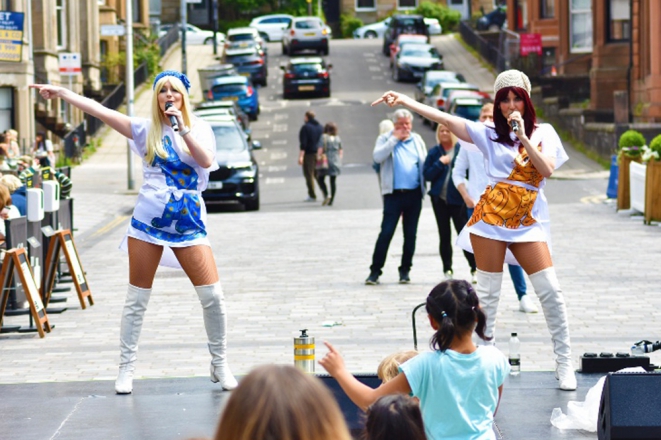 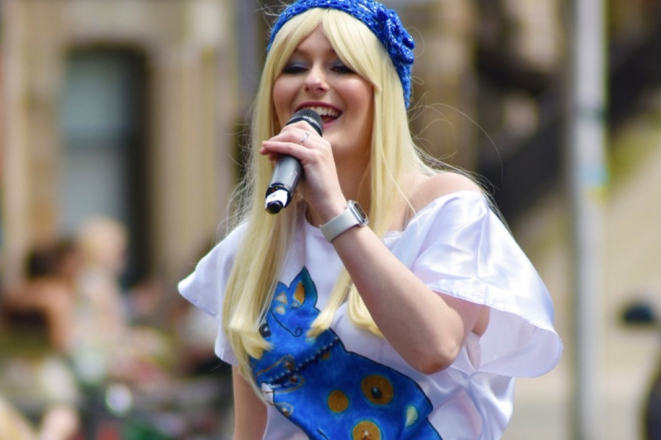 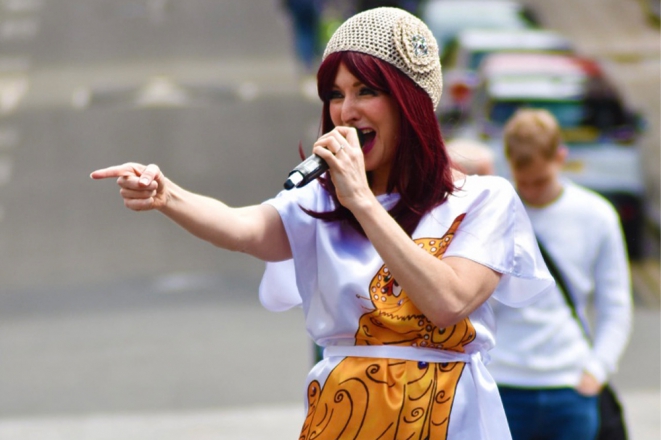 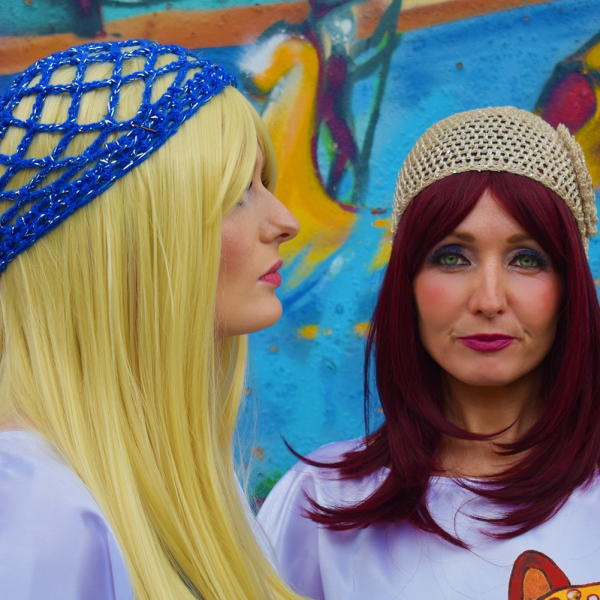 Dreamz are the UK’s Ultimate Tribute to ABBA. Dancing Queens get ready for all your favourite ABBA hits which will leave you and your guests shouting 'Mama Mia...Gimme Gimme more'!

“The highlight of the day!”

The highlight of the day!

“We thoroughly enjoyed the performance by Dreamz on Saturday at the street festival. The girls looked & sounded so professional & had everyone singing & dancing along, it was a really great atmosphere. They were so engaging & entertaining.I would say they were the highlight of the day for us. I can highly recommend them as an Abba Tribute band.”

Dreamz look and sound amazing, are funny and engaging and are truly entertaining...

“Dreamz performed at Halo Arts Vinicombe Street Gala on Saturday 19th of June 2021. We were blown away by this fantastic tribute who almost doubled our audience within the space of minutes at the gala. They look and sound amazing, are funny and engaging and are truly entertaining. I would highly recommend them for any occasion! You won’t be disappointed.”

Price from £708 + travel from Glasgow

Most Alive Network artists travel UK wide and internationally. Get a guide price instantly by clicking the 'get quote' button and entering your event date and location. Make an enquiry and we will liase directly with Dreamz to confirm price, availability, and the provide you with a confirmed quote.

Dreamz can finish performing at 1am for a small extra fee.

Dreamz can learn and perform a song of your choice.

* A 4, 5 and 6 piece band is also available (please speak to an Alive Network booking agent for a bespoke quote).

Known for their disco dazzling outfits, Swedish accents, fun chat and amazing vocals, Dreamz are a sensational ABBA tribute ready to entertain you and your guests!

Based in Scotland, Dreamz perform as a duo to high quality backing tracks as standard. However, a 4 piece, 5 piece or 6 piece band is also available if required. Please speak to an Alive Network booking agent for a bespoke quote!

Her first major part was playing one of the lead roles in David Da Silva’s Fame at the King’s Theatre in Glasgow for the Apollo Players. In attendance at this show was a successful Scottish agent who then took Andrene under his wing and helped her embark on her singing career in Scotland.

Since then, Andrene has been part of several different ABBA Tribute bands throughout the years and has sang to sell-out crowds alongside some very talented singers and musicians. She has played at the SECC Armadillo, Glasgow’s Royal Concert Hall, P&O Cruises, Festivals throughout Scotland as well as International shows in Brussels and Barbados.

Both her Mother and Father joke that when she was upset as a young child, the only thing that would comfort her was being walked up and down the floor to ABBA singing in the background.

Fast forward a few years and little did they know she would be playing the part of Frida for a living with all her early training.

Andrene’s favourite ABBA song is I Have A Dream after experiencing the magical moment of connecting with the SECC audience as they sang it back to her while waving their mobile phones in the air lighting up the whole theatre.

She looks forward to entertaining your audiences and singing at a stage near you very soon.

Steffi then went on to study Musical Theatre at New College in Lanarkshire where she obtained her Degree in Performance. She was involved in a variety of shows in her time there but her first major role was Sandy in “Grease” the Musical. In the final year of her Musical Theatre Degree she was given the chance to perform in a Showcase in one of London’s West End Theatre’s and played the role of Bonnie in “Bonnie & Clyde”.

Steffi’s first job after her completing her Degree allowed her to tour around Scotland in a Christmas Show around care homes and community halls, brightening everyone’s day singing Christmas songs. Soon after completing the tour she wrote her own show with a fellow producer and good friend which they called ‘When I Was Young’. This show was a huge success and toured around care homes & community halls throughout Scotland.

Steffi went on to perform in award winning Tributes Shows such as: ABBA, Dirty Dancing & Grease. She then went on to join Dreamz and has been entertaining audiences all over Scotland with them ever since. Her stunning voice and years of performing to crowds from young to old means she really knows how to get your party started.

Steffi’s parents say that she could sing before she could talk & dance before she could walk. Her favourite ABBA song is Mama Mia because it really gets the crowds going and she just loves to watch her audience dance along and have so much fun with the band. Steffi was born to perform and she looks forward to entertaining you and your guests at your special event very soon.

After booking, speak directly with Dreamz.