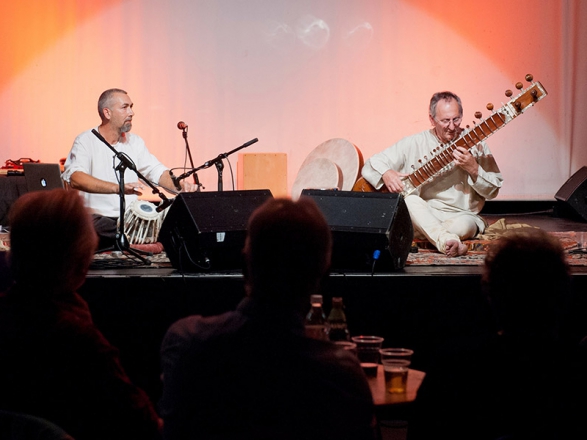 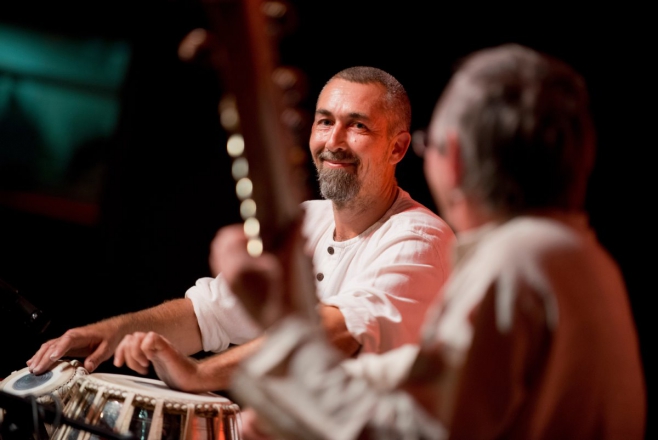 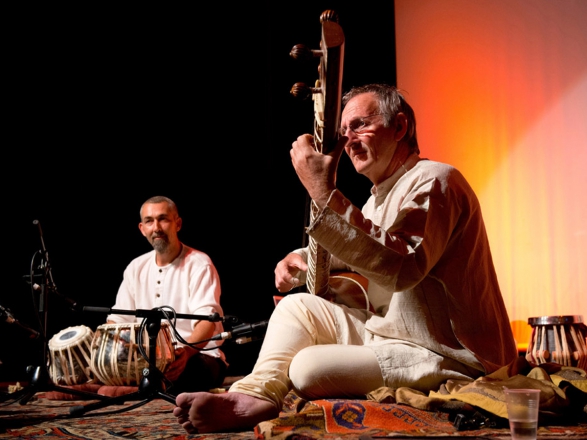 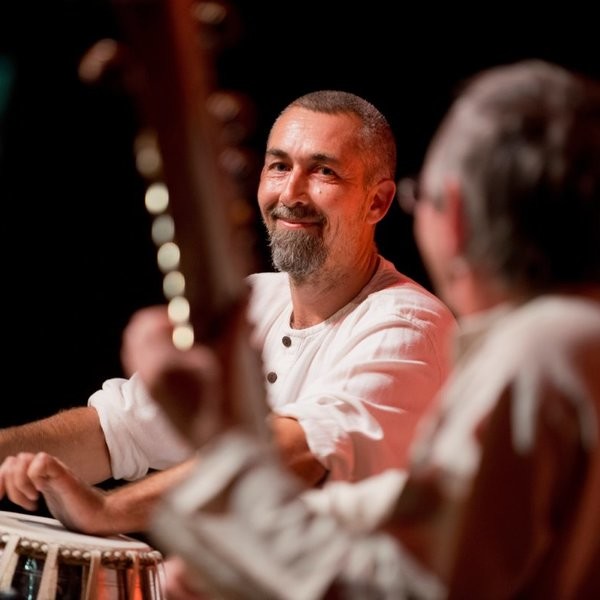 A sitar and tabla duo who are know nationally and internationally for their engaging performances. From slow, meditative melodies to complex exciting rhythmical interplay, Chakrada are able to create playful musical dialogues that will intrigue and delights their audience!

“Thank you from the bottom of my heart”

Thank you from the bottom of my heart

“Dear Ricky and Jon- I want to thank you from the bottom of my heart for the absolutely beautiful music you played for us yesterday. I cannot tell you how many people praised you and Jon-I really think you made the wedding what it was and I am so grateful. It was uplifting and stood out but the sounds also interwove beautifully with the priest’s words creating the perfect balance. It was a real treat for our guest. I’m very grateful. Shreyaa.”

Thank you both so much for playing the sitar and tabla on our wedding day. The m...

“Thank you both so much for playing the sitar and tabla on our wedding day, to welcome our guests and during our wedding ceremony. The music was utterly beautiful and you both did a perfect job of being sensitive to the Indian ceremony, playing at exactly the right volume to create a magical atmosphere and also pausing during the appropriate moments… So many of our guests commented on the music, and also on how interesting you were to talk to - and even the priest was impressed by the sensitivity with which you played! We will be sure to recommend you to friends and are already wondering when we might have another party where you guys could play again… In the meantime, do you have a CD or mp3 recording that we might buy? Sonia Mohindra ”

Jon and Ricky surpassed our expectations!

“My husband and I were keen to have live music performed during our Hindu (Gujarati) Wedding Ceremony. We were in search of a harmonious balance of traditional sounds with a unique composition/style and Jon and Ricky surpassed our expectations! They engaged with us from the very moment we agreed to have them perform, onwards; they ensured they understood the ceremony well and captured our vision in advance. They even put together mini sample compositions!! On the day itself, there was no doubt about their talent and professionalism shining. From arriving in good time, to displaying a natural passion, to invoking the different emotions for each part of the ceremony, reflected through the choice in Raags, they were superb!!! Our guests really enjoyed their performance and even complimented us on our choice in musicians!! We would highly recommend Jon and Ricky.”

Thanks so much for a wonderful concert on Saturday. I just loved the sitar and t...

“Thanks so much for a wonderful concert on Saturday. I just loved the sitar and tabla pieces, which were each like little gems.”

They were extremely professional, amenable and flexible.

“Jon and Ricky were asked to play at the Oakwood Bollywood Ball this summer at very short notice. They were extremely professional, amenable and flexible to our requirements by working with us in partnership to ensure our needs were met and the evening was a success. The wonderful Indian ambiance created by them during the pre dinner drinks was carried on into the evening whilst guests ate their evening meal. A number of guests gave really positive feedback both on the evening and after the ball. Thank you for ensuring the ball was a fantastic success! Without hesitation, we would recommend you both for any future event. Once again, thank you so much, you were fantastic!”

Most Alive Network artists travel UK wide and internationally. Get a guide price instantly by clicking the 'get quote' button and entering your event date and location. Make an enquiry and we will liase directly with Chakrada to confirm price, availability, and the provide you with a confirmed quote.

As long as required for a Wedding Ceremony

Ricky (sitar) and Jon (tabla) have been thrilling and entertaining audiences throughout the UK since 2001. During this time they have developed a reputation amongst Indian music lovers nationally and internationally, for their on stage rapport & spontaneous, playful musical dialogues.

The many positive responses from audiences highlight their engaging and dynamic performances; beginning with slow, meditative melodies and unfolding into complex exciting rhythmical interplay.

Drawing on skills developed from years of dedication and practice within the musical genre of Indian classical music, Chakrada have developed an ever evolving trust and delight in each other’s musical virtuosity. Their comfort with each other is never compromised by complacency - they are still able to surprise and challenge each other with playful musical dialogues that intrigue and delight their audience.

In 2008 Ricky and Jon were performers at the National Celebration of British Asian Live Arts. More recently they have been nominated in the ‘Best Group’ category for the MTM South West Asian and Ethnic Minorities awards 2014, hosted by Radio Mast FM, the first Asian radio station in the South West and South Wales.

After booking, speak directly with Chakrada.