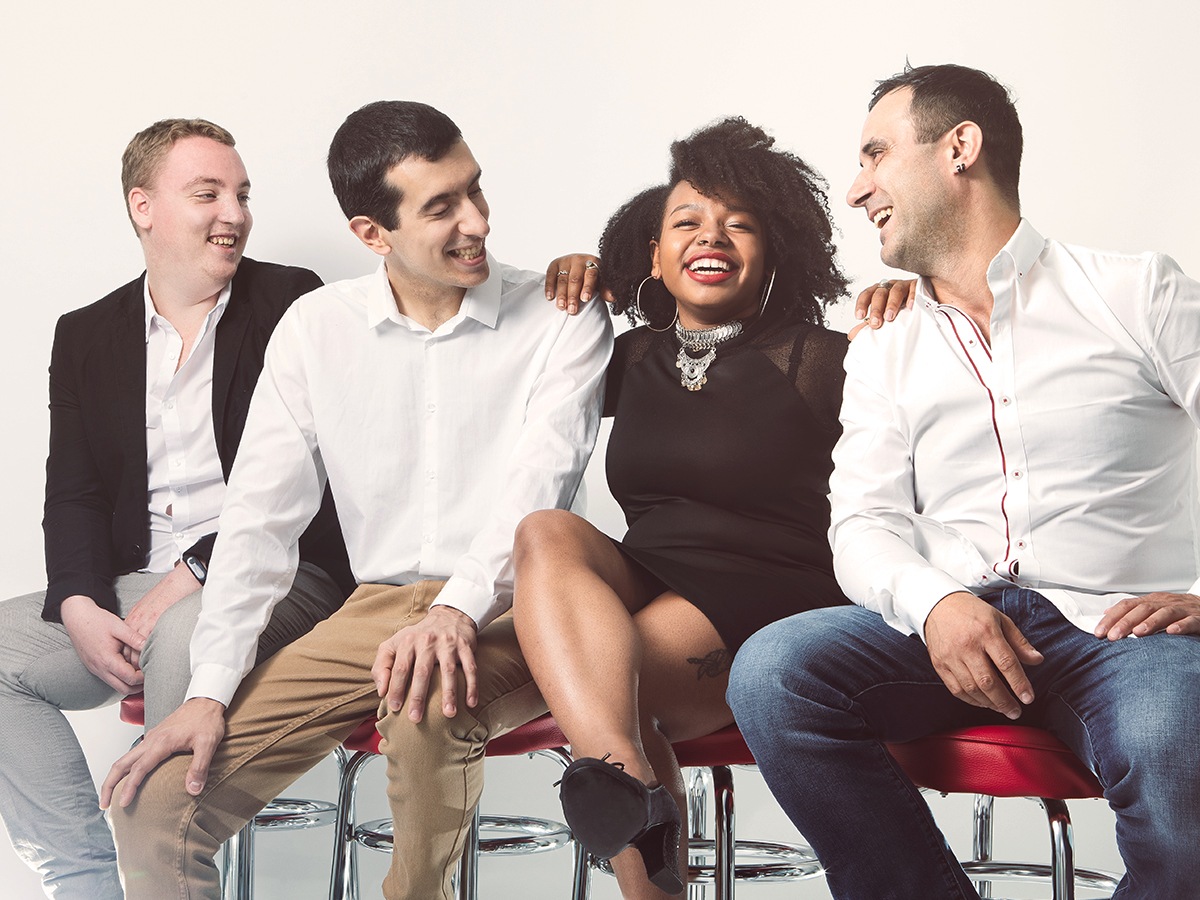 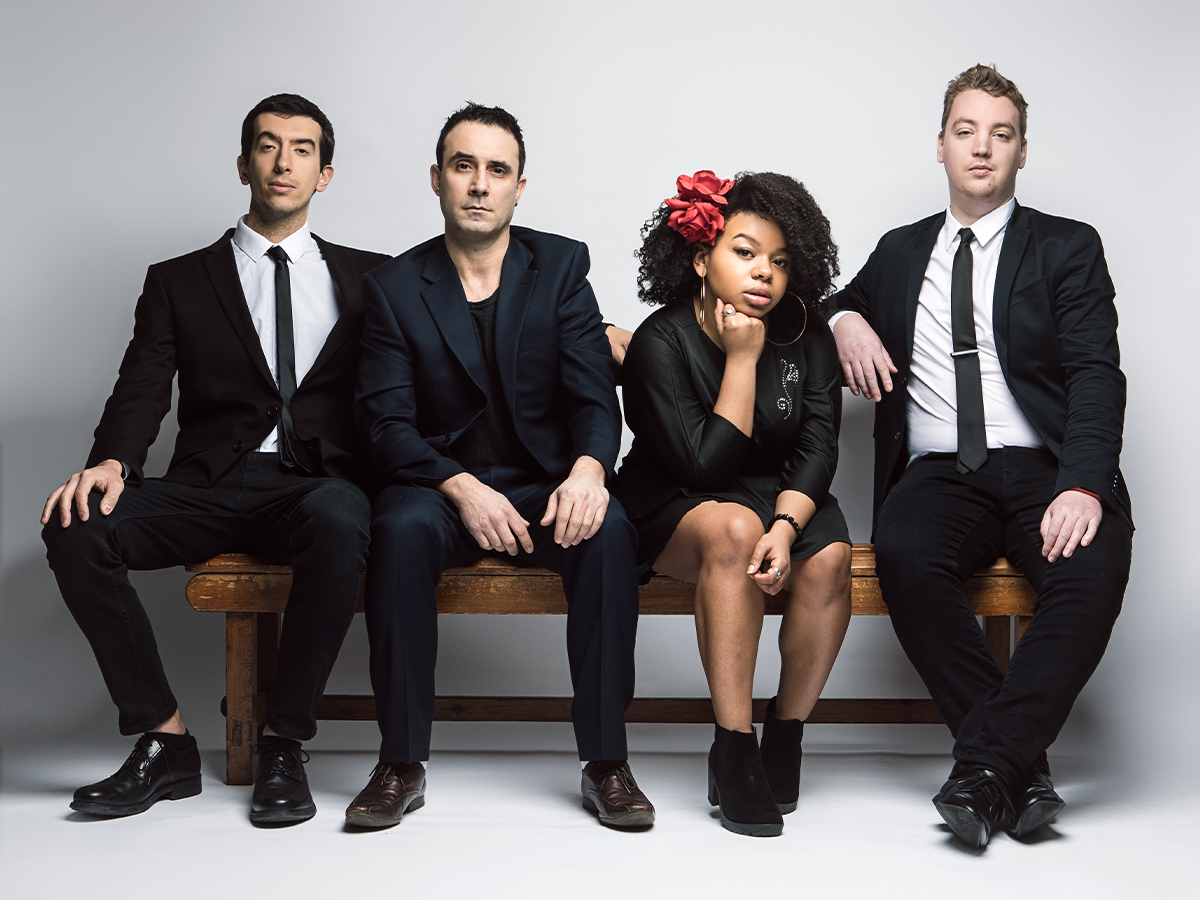 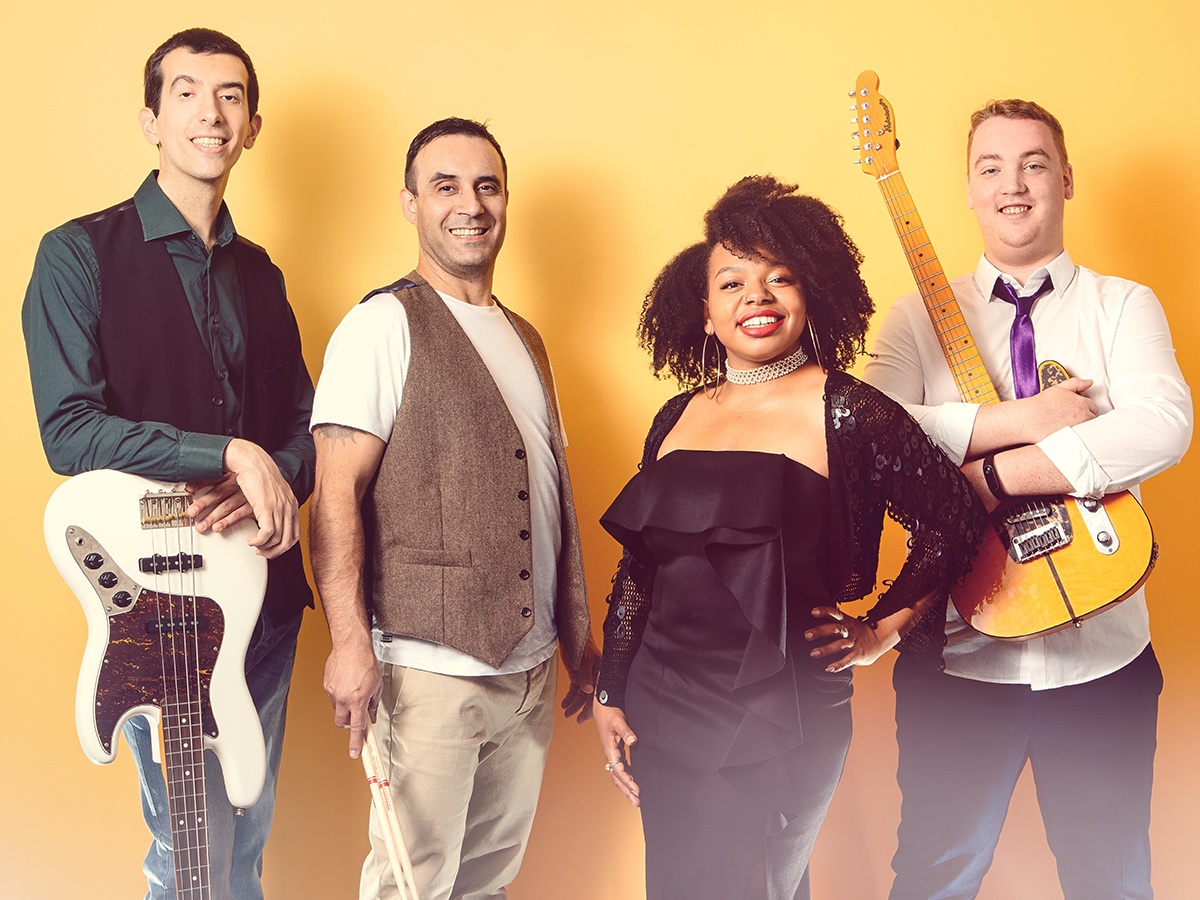 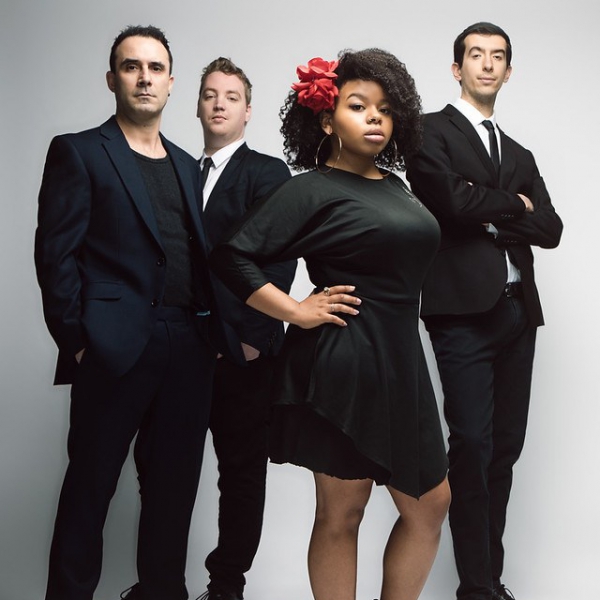 Filling your dance floor with an array of Soul, Funk & Pop hits both old & new, Funk The Revolution are cool, stylish and full of groove! Professional musicians, the band's members have worked across the world performing with artists such as Jamiroquai, M People & Brand New Heavies plus gracing the stages of Glastonbury & Love Box!

“Funk the Revolution really made our party special - everyone loved their performance. Andy was extremely helpful before the event, always responding quickly to any questions. Set-up was quick and efficient despite tricky acoustics. Highly recommended.”

“Funk the Revolution performed at our corporate event of 400+ guests and absolutely smashed it! The crowd loved the set list and the atmosphere the band created. In addition to that Andy was incredibly helpful prior to the event in assisting us with AV set-up for our in-house band. Brilliant band and brilliant organization!” 5 stars of course”

Fantastic band for our wedding reception 10.09.21

“Funk The Revolution performed at our wedding in September and they were fantastic! We particularly loved our first dance song which they learned for us. We also had a laptop DJ service for the sets in between which worked out great. Thanks for being so flexible with us! The band came with a great sound engineer and the band's manager Andy who was great at communicating with the venue in advance and on the night.”

“These guys were flawless. Their live sets got all of our guests going. There were only 30 of us due to covid restrictions, but everyone felt uplifted by the funky music. The band didn’t just go through the motions. They really wanted to be at our wedding and wanted to show off their talents. Massive thanks guys. Hope the difficult situation for performers like you resolves itself in the not too distant future.”

“We booked Funk the Revolution for our wedding in Cornwall. They were extremely friendly, professional, and played wonderfully. They got the crowd going and the dance floor was full all evening! Would not hesitate to recommend them - a seriously good band.”

Most Alive Network artists travel UK wide and internationally. Get a guide price instantly by clicking the 'get quote' button and entering your event date and location. Make an enquiry and we will liase directly with Funk The Revolution to confirm price, availability, and the provide you with a confirmed quote.

with Sax, Trumpet and Trombone

with Trumpet and Sax

For the standard 4 piece band to finish at 1am

Book Funk The Revolution within 7 days of making your enquiry and receive their pre-mixed music playlist to be played between the band's live sets free of charge!

Funk The Revolution will learn you first dance free of charge

Addition of Male backing vocalist to the bands live setup

Addition of a female back Vocalist to the bands live setup.

Special Offer!
* Book Funk The Revolution for your Wedding and receive your first dance performed by the band free of charge (subject to song suitability)! Please note a minimum of 4 weeks notice is required.

Funk The Revolution are a fresh, vibrant London based band ready to bring the party to your event, nationwide. With a natural funk sound, this eclectic mix of musicians brings a sweet combination of experience and passion, allowing them to play anything from Aretha Franklin and Stevie Wonder to Rudimental and Emeli Sande. Davinia’s soulful vocals roar through any genre from pop to funk and everything in-between.

With the industries top quality backing tracks, Funk The Revolution are able to create performances including horns and synth bringing a larger fuller sound. You’d be forgiven for thinking there were 6-8 musicians rocking the stage - all for the budget of a 4 piece.
Collectively the band have played some of the U.K’s most renowned venues including, Jazz Café, Ronnie Scotts, Ministry of Sound, Brixton Academy, Shepherds Bush Empire and o2 Academy. The members have a wealth of experience under their belt. Sharing the stage with top artists including, Jamiroqua, SouIllSoul,  Nitin Sawney, The Brand New Heavies, MPeople and many more touring the world playing a variety of stages from arenas to legendary festivals including, Glastonbury, Bestival, BoomTown Fair and Download. They are equally at home playing events from weddings to cooperate events and Galas.

Funk The Revolution understand the importance of offering a personal service. Working closely with event organisers they are able to provide sets that work for everyone.
Funk The Revolution offer a huge set list as standard but this can be doubled or even tripled with the addtion of extra musicians. Keys players, Brass section and a plethora of singing talents both Male and Female. These musicians are of the finest quality and really bring another level of musicality and sound. See booking options for details


Layla Ley – Main Lead Vocals
At age 11, Layla was singing with the National Youth Jazz Orchestra ( NYJO founded by Sir Bill Ashton) and continued to attend their educational workshops for 7years, and performed with the Jazz Big Band in various places around the UK such as The 100 Club in London, Wigan Jazz Festival, Epsom Downs Horse Racing Derby and many more.

Layla has had the honour of provided backing vocals for Espa, Marcus Foster, BBDiamond, Joseph J Jones, Alpines. performing at many Festivals such as ‘Lovebox’ ‘Secret Garden Party’ and “Glastonbury’ and has been on two Tours playing at venues such as Hammersmith Apollo and Manchester O2 Academy.

In 2008, Layla featured on Sam Smiths Album as a backing vocalist.


Davinia– DEP Lead Vocals
Davinia has a young, funky style and coupled nicely with mature and passionate vocals that breeze through styles from soul to pop and funk. Her repertoire covers songs beyond her years, stretching from 1950’s to current chart material.
Since studying Performance Arts at the Institute Of Performing Arts she has gone to work in 5* venues throughout the world, performing in venues and cruise ships across Asia, Africa, the UAE & Europe.
Back in the U.K, Davinia has made a name for herself in London as a session & function singer sharing the stage with some of the UK's up and coming artists. She performs regularly at weddings and events hosted at top venues including, The Dorchester, The Jazz Café & Koko and has played legendary festivals including Glastonbury & Love Box. Her dedication and commitment is evident in her performance. She commits 100% and never fails to captivate the audience with a sincere and energetic performance.

Andy– Band Leader, Drums/Backing Vocals
Andy has had the opportunity to share stages with the likes of Jamiroquai, Brand New Heavies, M People, Soul2Soul, Nitin Sawney and John Mayall and The Blues Breakers ft Eric Clapton on Guitar). Andy has also had the honour of recording for producer Toni Economides, Louie Vega from Masters at Work and Robert Miles. Studied a music degree at BIMM London.


Edoardo - Bass/Backing Vocals
He is a bass and double bass player and has performed in the UK and all around Europe with various bands featuring a wide range of musical genres. He got a degree in Jazz music and a bass diploma, both with honours, and he likes to share his experience in live performance and knowledge of theory/harmony teaching music and bass guitar. He was in the band of Chantae Cann in her London gig in 2017 and he has a Bass&Voice duo where he challenges himself to develop a rhytmic and harmonic approach on the instrument using loop and fxs.

After booking, speak directly with Funk The Revolution.