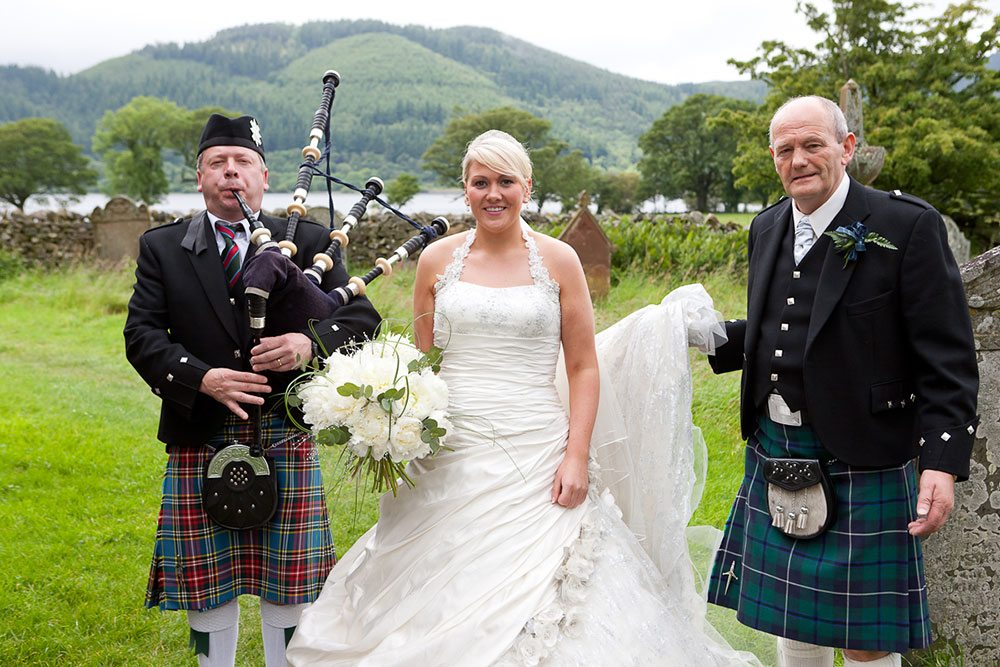 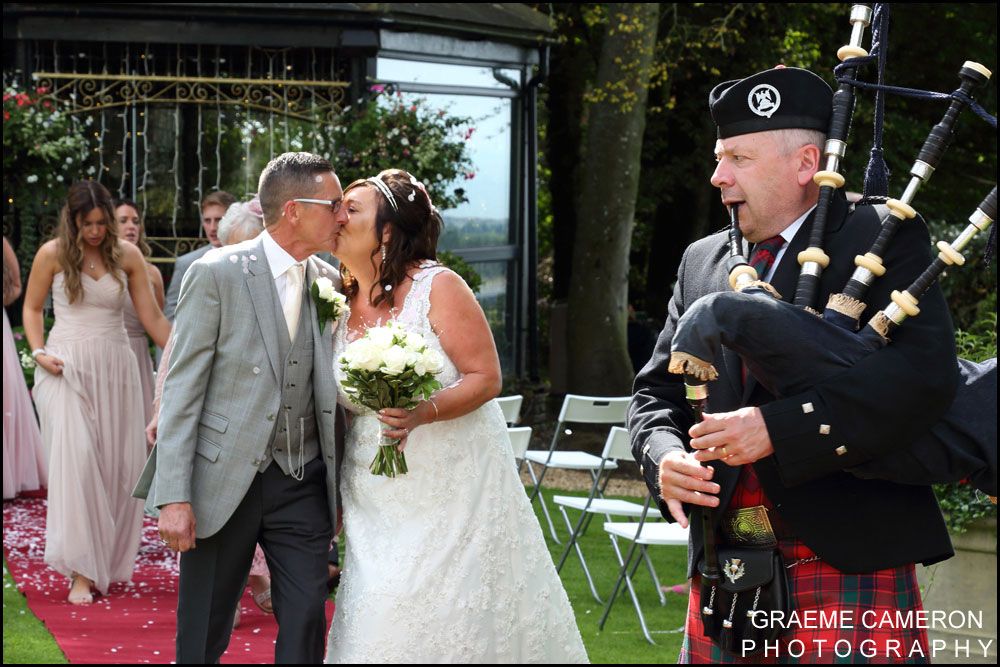 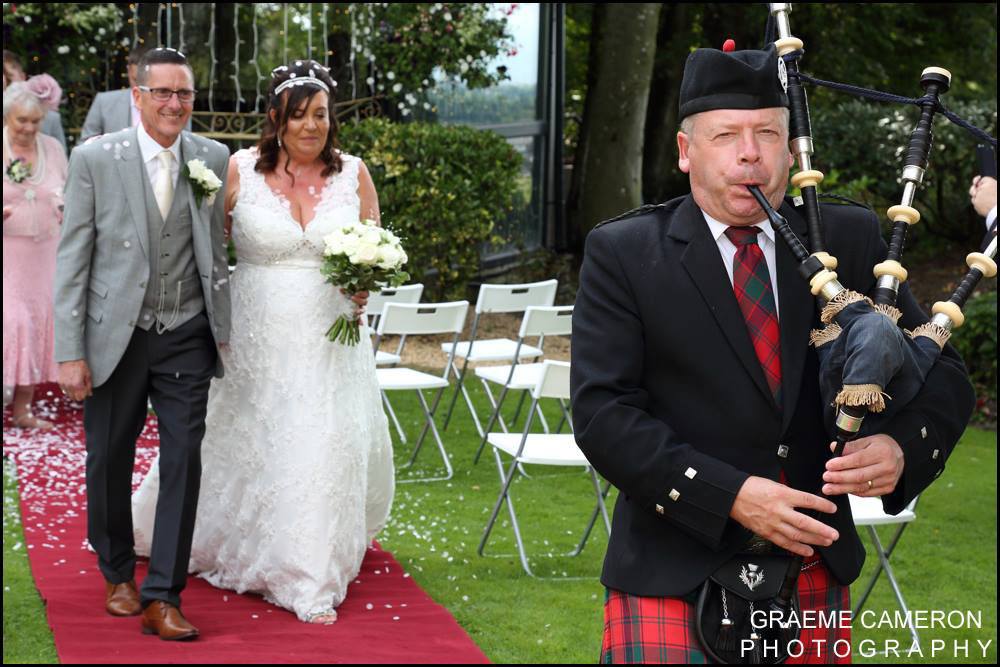 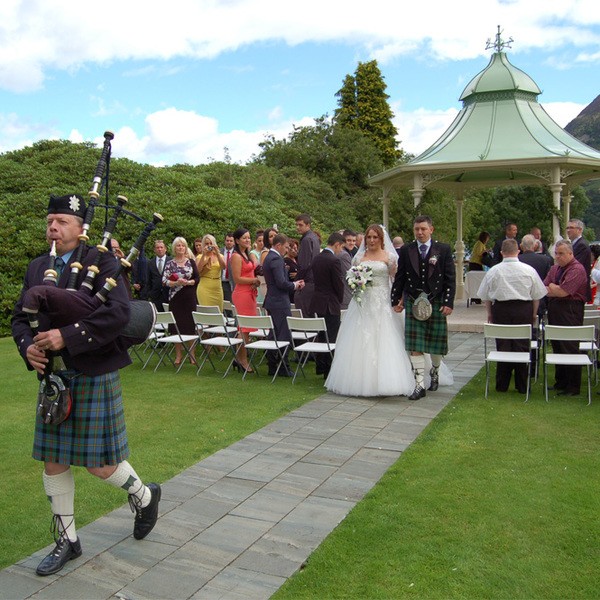 As seen on TV! Alan is the perfect addition to any special occasion. With 40 years' experience performing classic Bagpipe melodies at an array of events, this artist is available in full attire with different Tartans available!

“He brought a smile to everyones face”

He brought a smile to everyones face

“Very nice man helpful sociable played a rousing tune especially in these difficult times. Would book again. Arrived at venue in plenty of time had no problems waiting for photography to get ready for a photo with bride and groom.”

“Alan was exceptional, from arriving early to leaving he was the model professional. Super performance which was enjoyed by all as no one was expecting a Bagpipe performance! Will definitely book him again for any future requirements”

“Alan kept in touch leading up to the day. He arrived very early to set up and started right on time. Our guests loved hearing the bagpipes and said it was like something from a movie. Would highly recommend.”

Made our wedding day extra special

“Simply magical. Cannot recommend Alan our bagpiper any higher. He was a pleasure to have around the guests. Made our wedding day extra special. Thanks Alan. The whole experience was flawless. Guests haven't stopped talking about it. Loved every minute.”

The Traditional Highland Bagpiper was enjoyed by all and added to the atmosphere...

“Alan was brilliant - very professional and friendly. He turned up as planned to set up, did a great job of welcoming the guests as they arrived at the castle off the coaches and then played me down the aisle with my sons and the wedding party out after the ceremony It was enjoyed by all and added to the atmosphere  Would definitely recommend Alan and he was worth every penny.”

Price from £167 + travel from Lancashire

Most Alive Network artists travel UK wide and internationally. Get a guide price instantly by clicking the 'get quote' button and entering your event date and location. Make an enquiry and we will liase directly with Traditional Highland Bagpiper to confirm price, availability, and the provide you with a confirmed quote.

Church performance (up to 1 hour)

Church and Reception (up to 2 hours)

**As well as being the official bagpiper for Kellogg's from Manchester, Alan is currently also the official bagpiper for the Crabbies Grand National and performed in front of 70,000 people in 2014,2015 and 2016. Official Piper for the Open Golf Championship 2012 and has been hired by Coronation Street twice and Sky Living's Battle Of The Brides and mount pleasant. Has recently Performed for members of the team GB paralympics team as well.

Alan also has a long list of corporate companies which he supplies his skills to.

The perfect addition to any special event and complete with the Traditional Highland Piper Uniform Bagpiper Alan has performed all over UK with his timeless renditions of classic Bagpipe melodies.

Alan offers the following styles of dress for your occasion you can choose either;

Based in the North West of England this Traditional Highland bagpiper is a perfect addition to make your occassion whether it is a wedding anniversary birthday party or corporate event that bit more special.