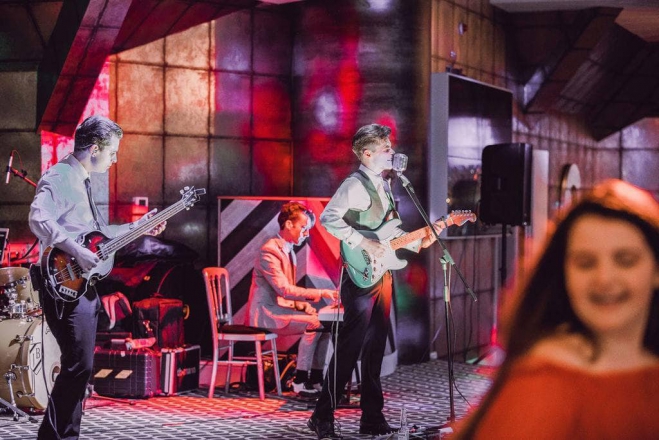 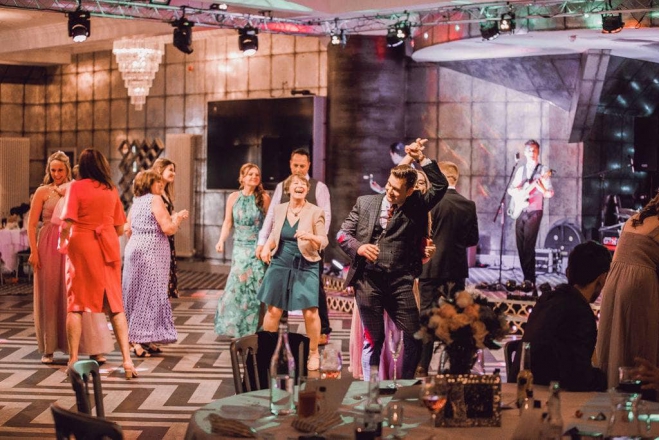 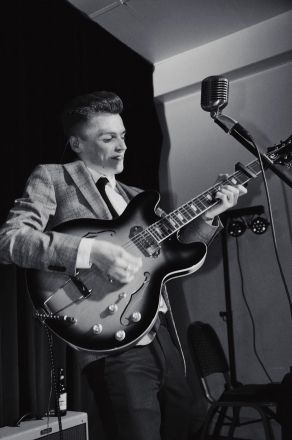 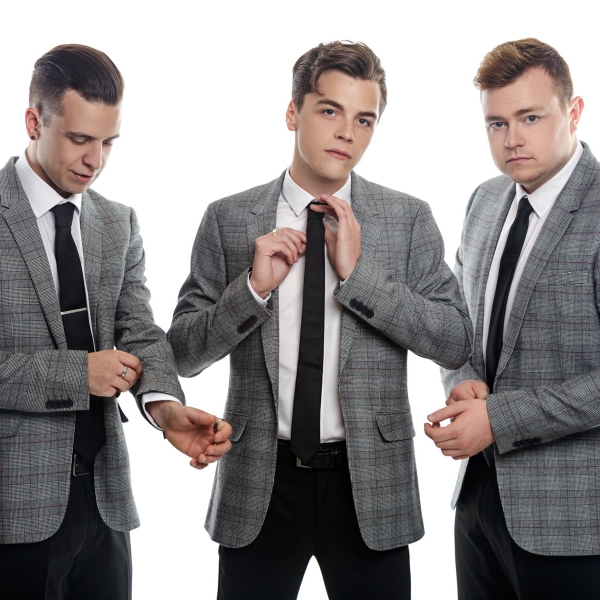 The Twists are the UK’s finest Vintage Rock & Roll Band! It’s not often that you find a band of boys in their early twenties performing Rock & Roll inspired by the 50's, But with The Twists, It's like taking a step back in time. Combining elements from the 50's and 60's that made all the records we love so great, but giving them a modern polish to create a perfect balance of vintage and modern.

The Twists - Available from AliveNetwork.com

A perfect way to end a perfect evening!

“When we started looking for a band for our wedding, we knew we wanted something a little bit different. As soon as we saw The Twists promotional video, we knew this was the something special we were looking for! The band was excellent, in the lead up to the big day they were extremely professional and easy to communicate with. They arrived early and were set up before we had even had our dinner! Their music was just what we had been looking for and they kept the dance floor packed all night. They even learnt out first dance song for us and listened to our requests regarding the song choices and overall vibe of the night. Our guests loved it, I am still hearing about how much they enjoyed it now, would 100% recommend!”

We were transported back to the 1950's

“All three of you are outstanding performers!!! Everybody at the party loved you and many asked for your details. You all looked and sounded the part - just amazing! You made our night and my mum's 75th very special. We hope to see you at The Twinwood Festival one day - you'd go down a storm!”

The most authentic 50s experience!

“We just wanted to say how much we enjoyed having you with us for our special party on Saturday. We thought the three of your were excellent, and we have had wonderful feedback from our guests. You struck just the right note for both of your slots – playing all my favourite numbers with such authenticity and musical integrity. It is wonderful hearing the gems of the fifties and sixties being played by such talented young musicians. You also pitched your sound system just perfectly – ensuring that you generated a wonderful character to the event, but at the same time being careful not to drown out the chatter. Thank you so much for being so professional.”

We danced the night away!

“Absolutely fantastic performance and choice of songs, bought our barn alive with their sounds and our dancing feet! I can’t recommend these guys enough sound better live than on your promo!!!!”

Best of the best for vintage music!

“The Twists played at Love Bury yesterday in Bury, West Sussex, our annual fundraiser in aid of Bury CE Primary School. They were fantastic and such thoroughly nice and professional individuals too. The feedback throughout the day was 100% positive, with numerous people asking who they were and/or wanting to book them for a wedding or other function. The Twists' 1950s style was the perfect match for our event and made it a particularly memorable year. Thank you again!!”

Price from £833 + travel from West Sussex

Most Alive Network artists travel UK wide and internationally. Get a guide price instantly by clicking the 'get quote' button and entering your event date and location. Make an enquiry and we will liase directly with The Twists to confirm price, availability, and the provide you with a confirmed quote.

Performing hits from legends like Elvis Presley, Jerry Lee Lewis, Johnny Cash and Buddy Holly, There is no other band that can channel the electrifying energy from the legends themselves.
Even though they are young, They have already headlined a stage at Victorious Festival, Became the recommended artist at Southdowns Manor, Played with over 100 shows this year and are swiftly becoming the UK’s next sensation! The Twists give an electrifying performance and will have their audience shakin’ all night long!

After booking, speak directly with The Twists.