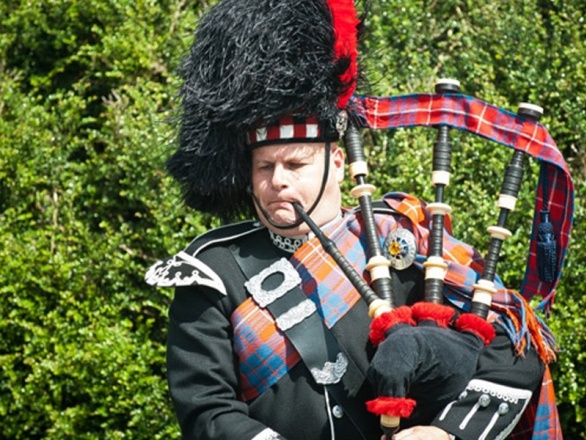 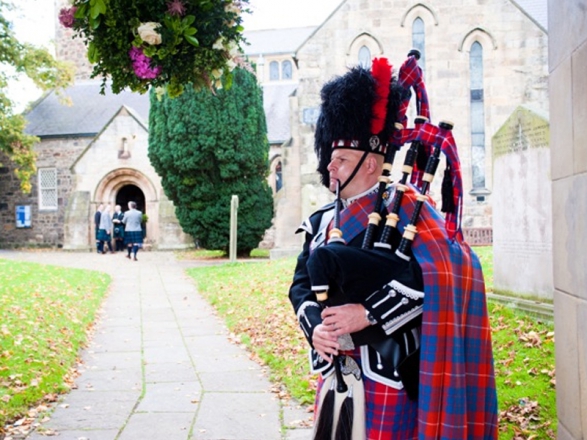 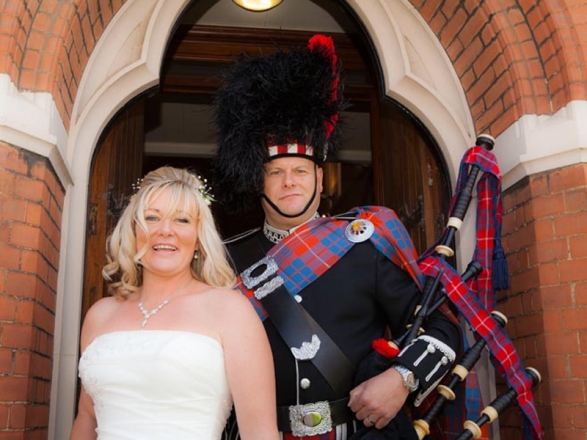 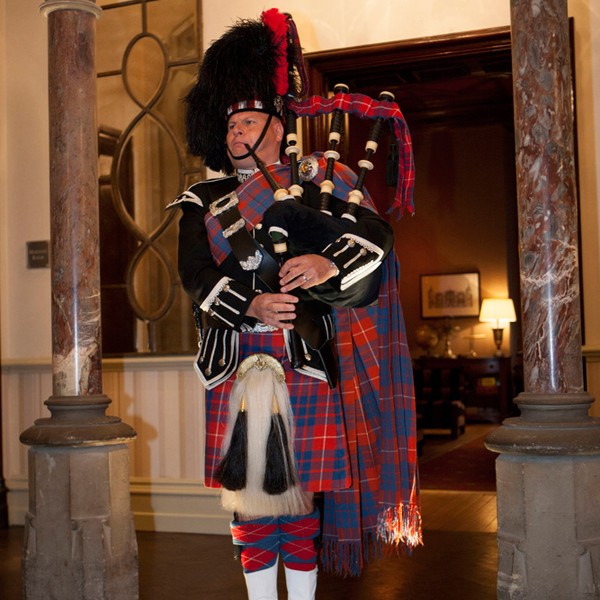 A highly professional Highland Bagpiper with over 30 years experience performing across the globe. Adding a classic touch to your event, The Scottish Piper will gladly tailor his service to meet your needs.

The Scottish Piper- Available from alivenetwork.com

“A perfect surprise for my husband on our wedding day”

and many many more

A perfect surprise for my husband on our wedding day

“I booked Jim as a complete surprise for my husband on our wedding day (he is Scottish). Jim was great in discussing what songs to play and on the day itself he was very discreet in keeping everything a surprise until the last minute! Wouldn’t hesitate to recommend Jim to anyone looking for a piper.”

Scottish piping at a summer wedding

“We thought Jim was absolutely fantastic, he played beautifully and created a wonderful atmosphere. He was extremely professional throughout, we would highly recommend him and thank him for his performance which was so special.”

Piper Jim made our day complete!

“Jim was absolutely brilliant. He kept in touch before the big day and helped with selections. Our wedding day was great and the guests absolutely loved the bagpipes. After our ceremony Jim piped us across the street and up to the castle, we couldn't have asked for more. Will recommend to everyone”

“The Scottish Piper was fantastic and all the guests raved about him. He contacted me before the event to go through the details, arrived promptly and his piping was superb. I would have no hesitation recommending him to future clients.”

Exceeded everybody's expectations. We could of listened to him all day.

“Jim exceeded everybody's expectations. He was very polite & friendly he was very easy to talk to. He was very professional & extremely well presented, his uniform really stood out when we were looking on your website it was one of the reasons while we chose him, plus his profile was very good. Our guests were very impressed with Jim, everyone thoroughly enjoyed every minute of his performance. We could of listened to him all day. ”

Most Alive Network artists travel UK wide and internationally. Get a guide price instantly by clicking the 'get quote' button and entering your event date and location. Make an enquiry and we will liase directly with The Scottish Piper to confirm price, availability, and the provide you with a confirmed quote.

Highlights
* Highly experienced Highland Bagpiper
* Studied at the Army School of Bagpipe Music at Bridge of Don in Aberdeen and the Army School of Piping in Edinburgh Castle.
* Previous experience includes performances across the globe and for Her Majesty Queen Elizabeth II as well as the British and Australian Prime Ministers.
* Now based in Durham and available in the North

The Scottish Piper has also spent many years in London where he was appointed Pipe Major of the British Airways Pipe Band. His piping performance have taken him to many parts of the world including England, Australia, Denmark, Eire, USA, Canada, Belize, Costa Rica, El Salvador, Bermuda, Antigua, Panama, Honduras, Zambia, Greece, France, Italy, Taiwan, the Philippines, South Korea, Australia and the Falkland Islands.

The Scottish Piper has played for members of the Royal Family including Her Majesty Queen Elizabeth II as well as for both British and Australian Prime Ministers.

Please note: The Scottish Piper resides in Seaham, County Durham in the North East of England and is available for hire in the North only.

After booking, speak directly with The Scottish Piper.