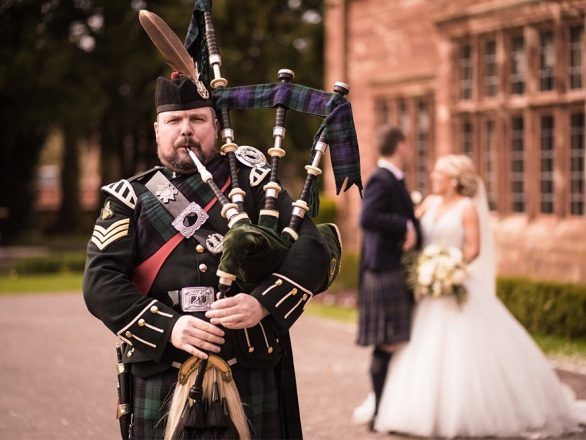 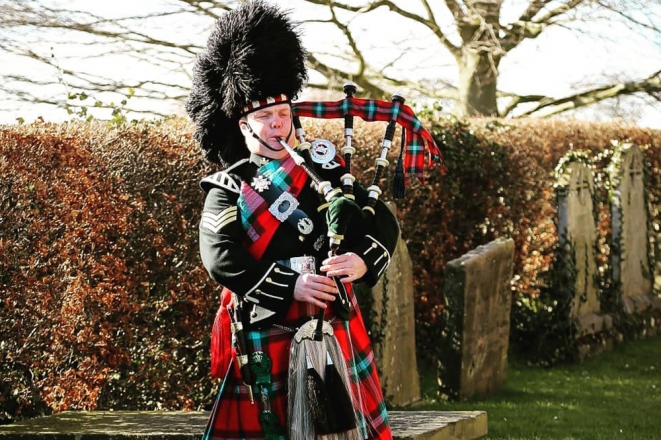 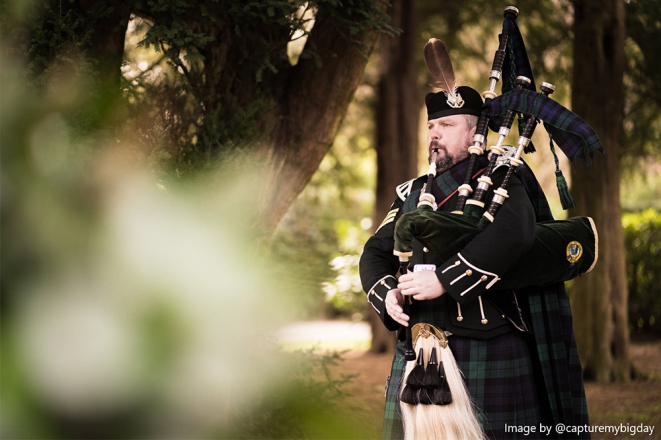 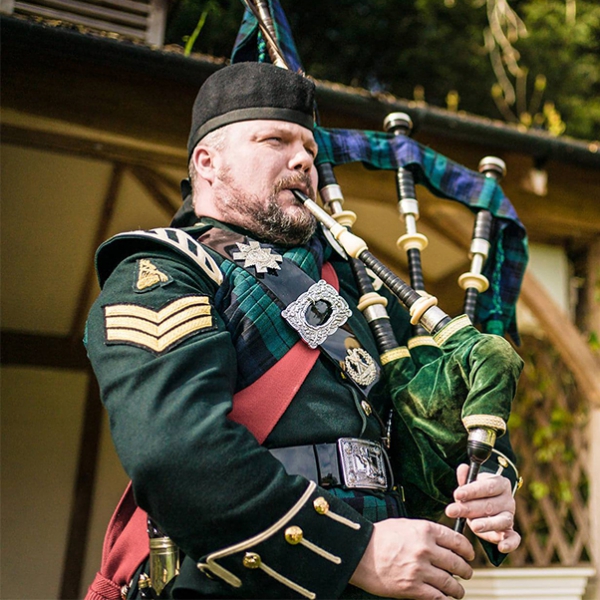 With performances including those for The Royal Family, many International Heads Of State, the Edinburgh Military Tattoo & more, Pipe Major Andrew Brian has been playing the bagpipes for over 30 years. Providing each and every client with a first class customer service, Andrew will enhance your event with his professionalism and talent.

Slow Airs and Songs
Amazing Grace
Highland Cathedral
Caledonia
Cock of the North
Danny boy
For Ireland, I'd not tell her name
Going Home
Happy Birthday
Hector the Hero
Marie's Wedding
Mull of Kintyre
My Home
Perfect
Scottish soldier
The Ballad of Glencoe
The Cradle song
The Dark Isle
The Flower of Scotland
The Leaving of Liverpool
The Mingulay boat song
The Mist covered mountains
The Skye boat song
These are my mountains
We're no awa tae bide awa
When the pipers play
Westering home

Hymns
Abide with me
Oft the Stilly Night

“I booked Pipe Major Andrew on very short notice as a surprise for daughter's 50th birthday. His communication leading up to the event was excellent. On the day he was fantastic - our guests really enjoyed his performance and his Happy Birthday at the end. Definitely would book again.”

“I couldn't fault Pipe Major Brian in any way. He was an absolute star and I would recommend him highly. Great man and great musician. Thanks so much.”

“Andrew played at our wedding and he was fantastic!! He called beforehand to go through his part of the day with us, song and what tartan we would like him to wear! All our guests loves him and commented how fantastic he was. Would defiantly recommend Andrew he’s also a really nice guy! Thank you so much! Zoë & Tash”

Made the day even more special

“Highly recommend Pipe Major Andrew Brian. Everything went so smoothly, from initial correspondence to the day itself. Played at my sons wedding, our guests were very impressed with the quality of the music which added to the atmosphere of our special day. Thank you.”

Fantastic start to my son’s wedding.

“Major Andrew Brian was more than we could have hoped for. Piping our guests into the wedding venue just made it a wonderful start to the day. He was a very impressive and accomplished musician. I would 100% recommend him.”

Price from £181 + travel from Cheshire

Based on 1 person performing up to 60 minutes.

Most Alive Network artists travel UK wide and internationally. Get a guide price instantly by clicking the 'get quote' button and entering your event date and location. Make an enquiry and we will liase directly with Pipe Major Andrew Brian to confirm price, availability, and the provide you with a confirmed quote.

Pipe Major Andrew Brian has been playing the bagpipes for over 30 years allowing him the privilege to travel around the world performing at many prestigious events and functions.

Performances include those for The Royal Family, many International Heads Of State, the Edinburgh Military Tattoo, a North American Tour and more.

From learning the pipes at aged 9, Andrew went on to join the army aged 17, becoming a member of the world famous pipes and drums of the 1st Battalion The Black Watch. During this time, Andrew received world class instruction which further developed his skills and abilities.

Providing each and every client with a first class customer service, Andrew will enhance your event with his professionalism and talent.

Whether delivering a celebratory atmosphere, or a more formal performance, whatever you require, Pipe Major Andrew Brian has an extensive repertoire that will offer something to suit.