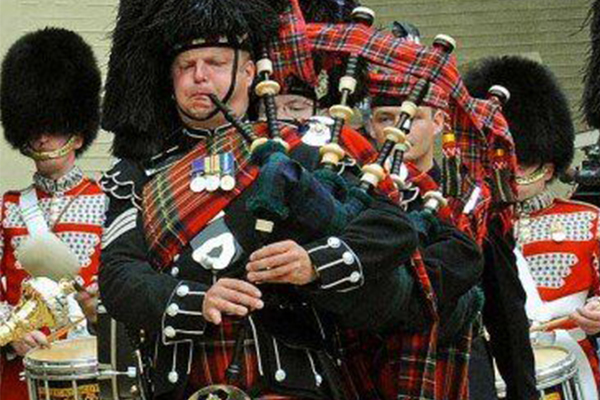 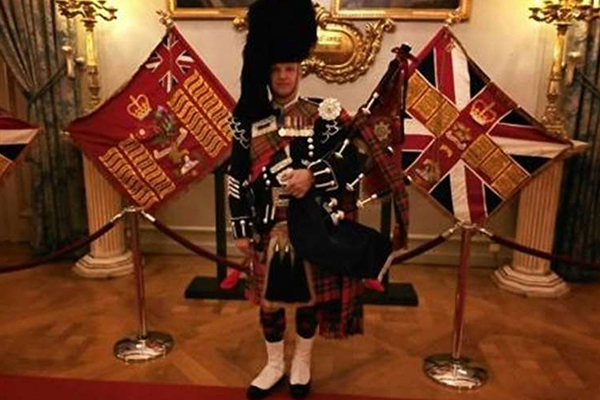 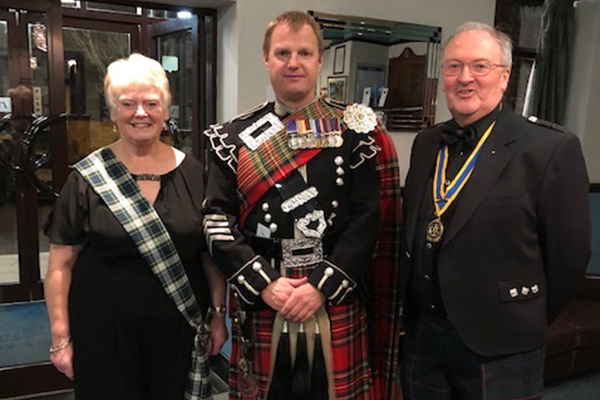 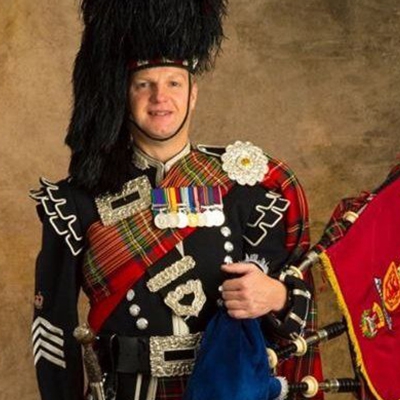 Having performed across the world with the 1st Battalion Scots Guards, including at some of the UK’s the biggest events to date, from the Queen’s Golden Jubilee to Trooping The Colour, Pipe Major Mark is the perfect choice to create a special atmosphere for your occasion.

“We hired Mark for our wedding in July 2022 and he was excellent. He was on time, set-up with no hassle, looked and sounded the part and was everything we expected and more. He made our day extra special, thanks Mark”

Excellent addition to our wedding

“Pipe Major Mark was a fantastic addition to our wedding day; our guests loved hearing the piping as they arrived, and his playing us into the wedding breakfast was brilliant. Really nice, friendly guy and was great at communicating with us prior to the event”

Price from £272 + travel from Scottish Borders

Most Alive Network artists travel UK wide and internationally. Get a guide price instantly by clicking the 'get quote' button and entering your event date and location. Make an enquiry and we will liase directly with Pipe Major Mark to confirm price, availability, and the provide you with a confirmed quote.

Pipe Major Mark has served with the 1st Battalion Scots Guards for 19 years and was appointed Pipe Major in May 2015.

A true expert of his craft, Mark started to learn the pipes with his local school pipe band, Golspie High School, at the age of 8 under the direction of Pipe Major George Stewart. After leaving school, he worked in civilian employment until, at the age of 21 and looking for a greater challenge, Mark joined the Scots Guards. He undertook his training at the Guards Depot in Pirbright, graduating as a fully trained combat Infantryman in April 1997 when he was posted to the Pipes and Drums of the 1st Battalion Scots Guards who were based in Victoria Barracks, Windsor.

In March 1998, the Battalion was posted to Ballykinler, County Down, Northern Ireland on a 2 year residential tour. Mark spent these 2 years in Left Flank, one of the Battalion’s rifle companies, where he perfected his soldiering skills. In March 2000, the Battalion was returned to mainland Britain and undertook a 3 year spell of public duties based from Wellington Barracks in London. It was whilst here that Mark completed the Infantry Junior Non-Commissioned Officer course and was promoted to the rank of Lance Corporal. Whilst in London, he took part in numerous major state occasions including State Banquets, Her Majesty the Queen’s official birthday parade (trooping the colour), the Queen Mother’s funeral and the Queen’s Golden Jubilee. In October 2001, the Pipes and Drums of the Scots Guards and the Regimental Band of the Coldstream Guards travelled to New York City to play solidarity concerts as a measure of support after the 9/11 attacks.

In 2002, Mark attended the seven month long All Arms Pipe Major course at the Army School of Bagpipe Music and Highland Drumming in Edinburgh. He successfully completed the course and graduated in 2003 before being posted to the Battalion’s new home in Munster, Germany. In 2006 Mark passed his section commander’s battle course and was promoted to the rank of Lance Sergeant in 2007. In 2008, after an operational tour in Iraq, the Battalion moved back to the UK, making Catterick in North Yorkshire its new home. From here, Mark deployed on two separate 6 month operational tours in Helmand Province, Afghanistan, working closely with the United States Marine Corps. Between these tours, LSgt Macrae promoted to the rank of Sergeant and was appointed Pipe Sergeant of the Pipes and Drums.