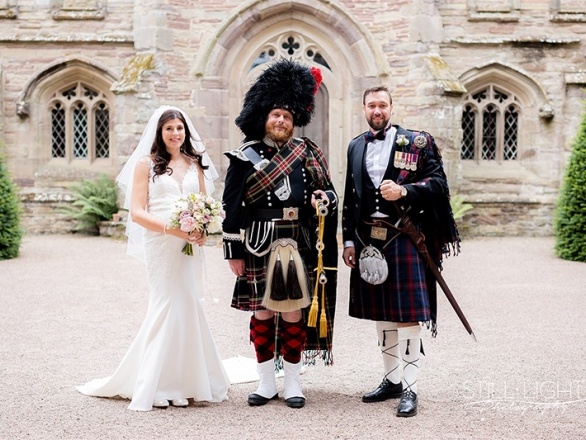 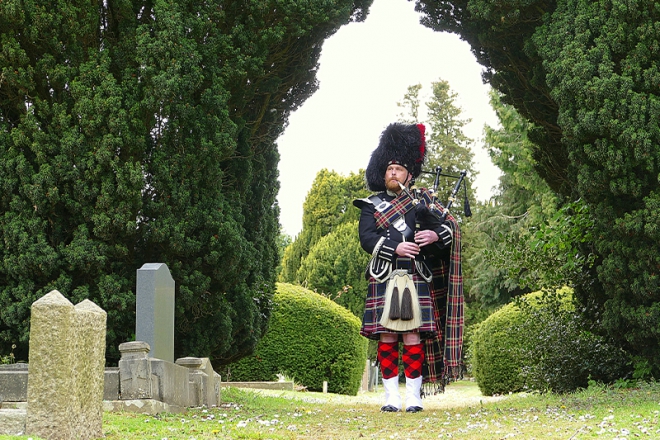 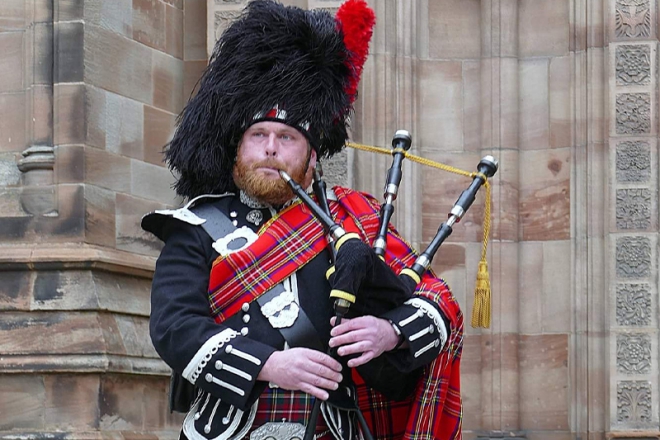 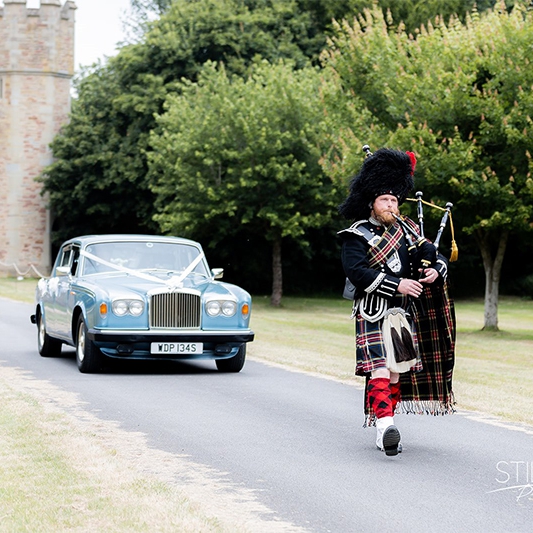 Piper to the City of Hereford, Bear is a true master of his craft of over 20 years. His piping has taken him all over the UK, to festivals in Europe as well as tours of the rest of the globe. With a huge repertoire Bear really has something for everyone. The perfect addition to any occasion. Available for Weddings, Memorials, Armed Forces Events and much more.

Bear The Piper performing Flowers of the fields

“A Genuine and Passionate Piper”

A Genuine and Passionate Piper

“An excellent piper. He plays with soul and knows a myriad of tunes too.”

“We have had Bear The Piper to play the bagpipes at two family funerals. Right from when we first made contact, he has been so helpful during what has been a very difficult time for our family. He is so professional and his beautiful playing of the bagpipes at our funerals brought the Scottish tradition to our homeland. We would definitely recommend Bear The Piper for any events. ”

Price from £132 + travel from Herefordshire

Most Alive Network artists travel UK wide and internationally. Get a guide price instantly by clicking the 'get quote' button and entering your event date and location. Make an enquiry and we will liase directly with Bear The Piper to confirm price, availability, and the provide you with a confirmed quote.

Bear has been playing the Great Highland bagpipes since the age of 19. He is an extremely talented musician playing the trumpet to a high level also. Bear started his academic career being taught by excellent piper John Cook and at the College Of Piping in Glasgow.

Since the early 2000s, Bear has played the pipes both as a solo piper and as a member of various pipe bands. His piping has taken him all over the UK and into Europe, where he has played at Les Transhumances Musicales in the Pyrennees and various locales on the Continent. As well as playing the Highland Pipes, Bear the piper also plays the Scottish Smallpipes, Leicestershire Smallpipes, Galician Gaita and the 2-Drone Irish 'Warpipes'.

He is also a musician for Blackthorn Border Morris in Hereford and a regular performer at local folk sessions.

Bear is available to perform at your special event and will play for 30 minutes as standard.

After booking, speak directly with Bear The Piper.