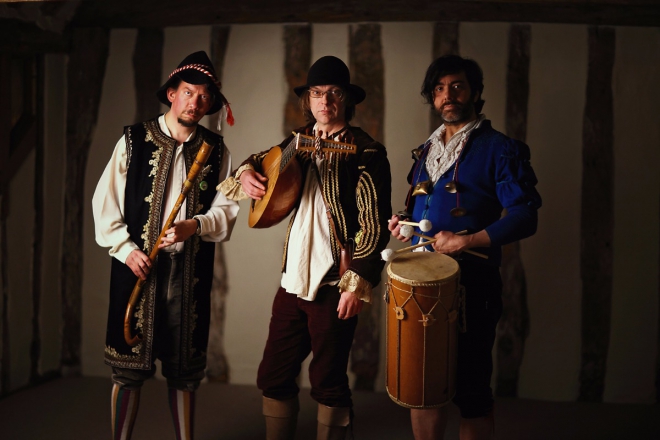 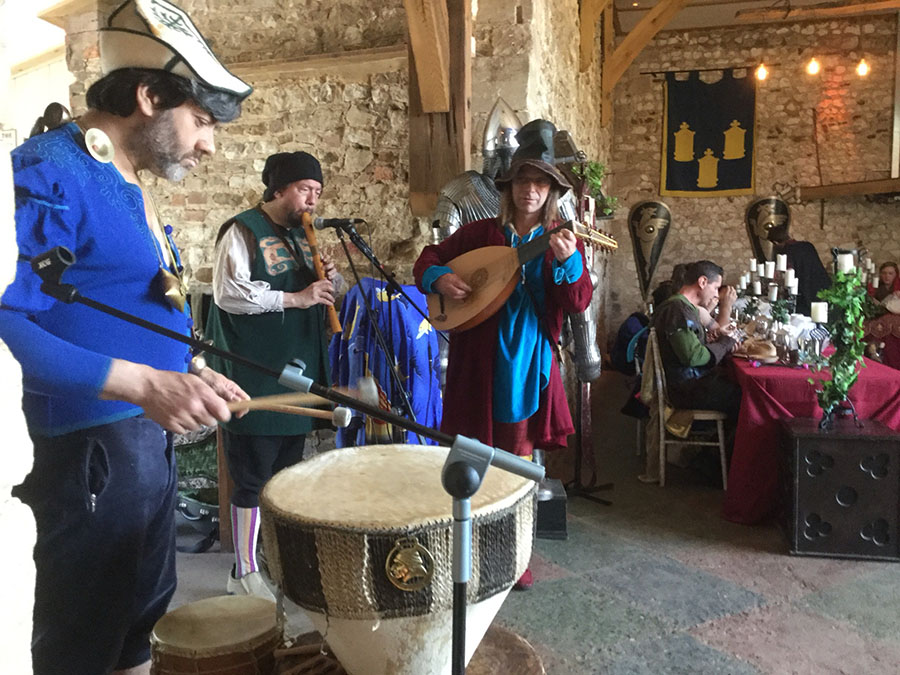 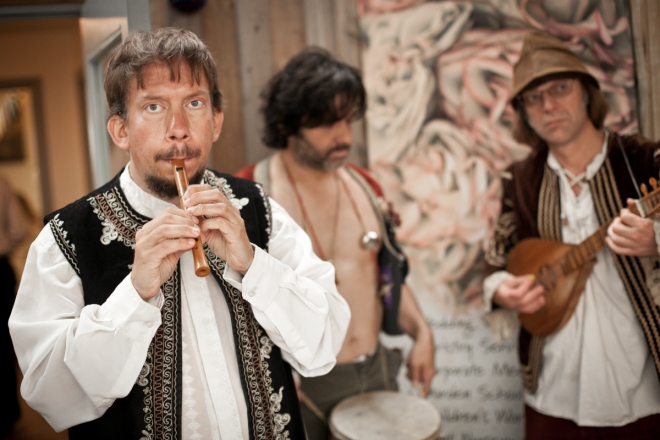 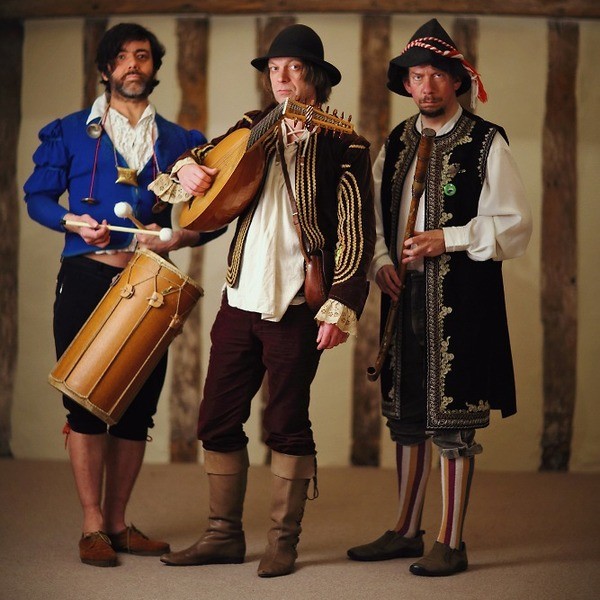 With an Early Music repertoire ranging from Medieval through Renaissance to early Hanoverian, this eccentric 'Tudor power trio' will bring a rowdy peak to any party, festival or historical event!

“The Princes’ were superb”

The Princes’ were superb

“The Princes’ were superb. They were very polite and friendly on site, got set up and sound tested with no fuss and then proceeded to play three sets. Guests were really getting into it on the last one and the band kept playing through for another 30 minutes after they were contracted to finish, because the guests were enjoying it so much. Absolutely wonderful. Thank you for all your help with the booking; it was very last minute but you got it all sorted with no issues.”

“The guys were brilliant in every way and my niece wants them for her 10th birthday party as long as she can play the drum with them again! ”

The Princes absolutely nailed it

“We booked the Princes for our Wedding. Both of us are professional musicians, and many of the people attending make a living out of music, so the band choice was tough for us! However, the Princes absolutely nailed it - really fun and different, well performed and a great compliment to the more ‘standard' wedding music that we put on between their sets. They did an acoustic set in a tipi surrounded by dancing toddlers, then later 2 sets mic’ed up for the tipsy adults. They ended up playing longer than we agreed because everyone was enjoying it, them included.”

Our guests thought they were wonderful, and we all highly recommend them

“The Princes were absolutely brilliant! They were so accommodating and their repertoire was so apt, from the musical welcome for our guests to enter the medieval dining hall after the falconry display, to the fanfares to announce the main speech and the heraldry of the cheese, the intermediary dance music (and filling in those catering delays) to which guests gave their own dance versions of madrigals, and culminating in rousing music which got everyone up doing jigs and other merry dances. Our guests also thought they were wonderful, and we all highly recommend them ”

I highly recommend them if you want something different, yet very easy to enjoy.

“We really enjoyed having the Princes at our event . They were prompt and professional whilst also being relaxed and flexible! I highly recommend them if you want something different, yet very easy to enjoy. The variety of music was surprising and they even did medieval versions of David Bowie which was fantastic.”

Most Alive Network artists travel UK wide and internationally. Get a guide price instantly by clicking the 'get quote' button and entering your event date and location. Make an enquiry and we will liase directly with The Princes to confirm price, availability, and the provide you with a confirmed quote.

The Princes, an offshoot of the Medieval-Psyche-Prog band Circulus, are only ever contented when they have made their audience sweat. This ‘Tudor power trio’ regularly brings a rowdy peak to many a bash, festival and historical event. With an Early Music repertoire ranging from Medieval through Renaissance to early Hanoverian, as well as appearing in full costume; this eccentric and always-entertaining trio has played at many cultural events in Britain and around the world.

Recent projects have included appearances and recording music for Julia Davis’ award-winning Sky Atlantic TV’ series ‘Hunderby', as well as appearances on ‘The One Show’ and ‘Imagine’ for the BBC.

After booking, speak directly with The Princes.