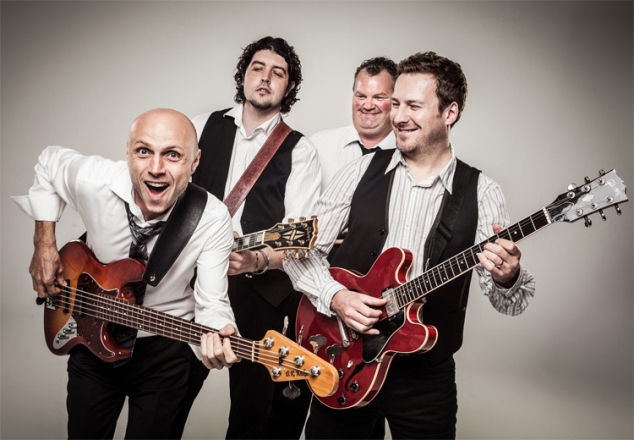 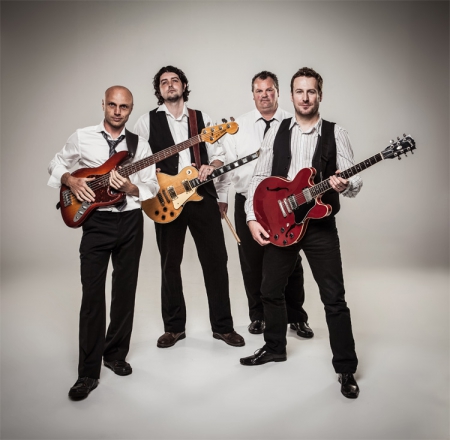 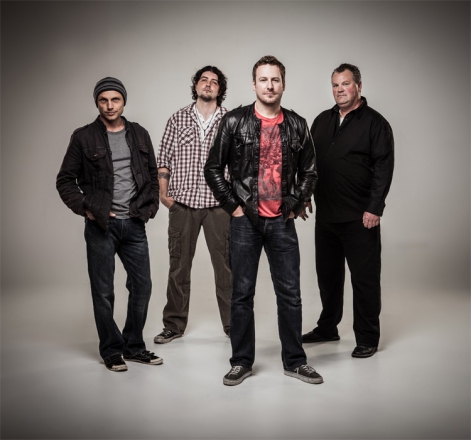 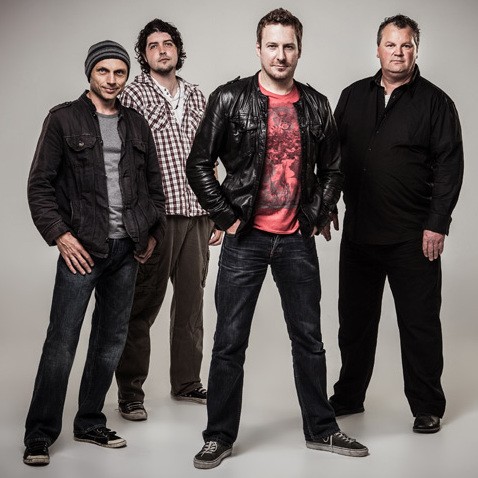 Smoke Screen is a Midlands band comprising four male talents, who cover the likes of The Rolling Stones & Crowded House through to Paolo Nutini and Arctic Monkeys. Subtle acoustic sets also available for a quieter occasion.

NEW! Christmas Repertoire!
I Wish It Could Be Christmas Everyday
Merry Xmas Everybody
Rocking Around The Xmas Tree
All I Want For Xmas Is You
Santa Claus Is Coming To Town

“We hired Smoke Screen for a corporate awards event and I received lots of positive feedback from the attendees. Great mix of music for all ages and Jason kept in touch to make arrangements on the lead up to the evening. Would recommend - thank you!”

Amazing, would want them to play again

“The band was perfect, the songs they played got everyone up and dancing and gave our party such a great atmosphere. They accommodate for all age types and everyone who attended the party said the band was brilliant. We will have this band again at my own wedding. Only thing I wish was that we had them play for the whole party”

Incredible from start to finish

“Incredible from start the finish. They were so friendly, incredible musicians and all the wedding guests have since commented to us just how good they sounded. I couldn't recommend them highly enough”

The evening went really well and everyone loved Smoke Screen

“The evening went really well and everyone loved Smoke Screen, we were dancing all night!”

“I can't recommend these guys highly enough, everyone had a great time and the dance floor was full all night long. They were exactly the right band for our wedding! Smoke Screen were amazing! The dance floor was busy all night from the first song to the last. They had a perfect mix of songs for our audience and all comments received from our wedding guests have been extremely positive! ”

Price from £1,154 + travel from Staffordshire

Most Alive Network artists travel UK wide and internationally. Get a guide price instantly by clicking the 'get quote' button and entering your event date and location. Make an enquiry and we will liase directly with Smoke Screen to confirm price, availability, and the provide you with a confirmed quote.

They have developed a wealth of musical experience playing in and around the UK and Europe now for the past 10 years at such venues as Blenheim Palace and The Celtic Manor in front of H.R.H Prince Edward. They have also performed for many corporate clients including Phones 4 U, The Bank of America, The Compass Group, Homesense and HTC to name a few.

Smokescreen play everything from modern day pop to legendary 60’s and 70’s dance classics and all your favourites from every decade in between.

Meet The Band
Jason:
Jason is a professional vocalist and session guitarist with an extensive catalogue of songs. He has toured with the likes of Will Young, Michael Bolton, The Christians, Hue and cry, Journey South and supported such acts as Lemar, The Feeling, Macy Gray, Newton Faulkner, Justin Hawkins, Sandi Thom, Jamelia, Ronan Keating, Amelia Lily, Aloe Blacc and Paul Carrack.

He has had recent success recording on the sound track for the star studded, Hollywood movie “Bobby” directed by Emilio Estevez in which his version of the Paul Simon track “Anji” is featured.

For the past few years he has been a member of the London based band Honey Ryder and has achieved two UK top 40 hits with the single “Numb” at No 32 in July 08 and the recently released “Fly away” which reached No 31 in February 09.

In October 08 Jason played 2 nights with Honey Ryder at the Royal Albert hall on the final part of the Uk tour supporting Michael Bolton, the tour included nights at the NIA (National indoor arena, Birmingham) and the Cardiff Indoor Arena.

Soon after that he was back supporting Will young on his UK “Let it go” tour which concluded at the tail end of 08.

He continues to write and perform with Honey Ryder who this year have seen 3 of their songs from the album Marleys Chains, playlisted on Radio 2, Smooth Fm and many other commercial stations across the UK.

This year he has also appeared and performed on BBC breakfast, Channel 5, Live with Myleene Klass and Itv 1’s This morning, and more recently, along with Honey Ryder performed and had an interview with Sir Terry Wogan on the BBC Radio 2 weekend Wogan show.

John:
John started playing drums at the early age of 2, performing professionally for most of his adult life, he has worked with many of the UK's leading tribute bands, Green Days, Fu Fighters, Stereotonics, Oasish and many others.

John has also done session work for Chesney Hawkes, performing at many of his live shows. He spent six years gigging and recording with Uk rock band Demon, playing to 30,000 capacity venues at major European tours and festivals along side artists such as, lynard skynard, Alice cooper and the late great Gary Moore.

He recently recorded on a Phil lynott tribute album commissioned by phillomeana, Phil lynnots mother. He continues to session for many artists to this day.

Chris:
Chris has over twenty years experience of performing in many bands and has carried out a vast amount of recording studio session work.

More recently Chris has been in the backing band of the legendary Tony Christie and The Eagle's Don Felder.

He has a love of many styles of music, including, soul, Jazz, rock and blues which has seen him performing at some of the Uk’s most respected venues including the legendary Ronnie Scotts, London.

James:
James has 25 yrs playing experience as a performer, working in both original and cover bands and also as a music teacher.

He has gigged all over the UK and Europe with various bands and has spent the last 4 years performing in Italy, Germany and Belgium playing at the F1 grand prix and Moto GP festivals.

He has supported Bernie Tormé (Ozzy Osbourne), Miles Hunt (The Wonder Stuff), Adam Kowalczyk (Live) and toured the states with his original projects over the years.

Your Event
Smokescreen can tailor the set to suit your needs. With prior notice they can do special requests, for example your favourite song performed for the first dance at your wedding. With an extensive set of music you are guaranteed a night of fun and excitement with something for everyone with a band of seasoned musicians who will treat your day with the utmost care and professionalism.

Smokescreen can tone it down a notch or two when Jason serenades you with a setlist of acoustic style hits. This can be during a drinks reception as a chilled out backdrop or as the main entertainment at a smaller occasion.

Please note: The lead singer of Smoke Screen is part of an original band who have just signed a recording contract. Therefore, he may be called upon for obligations to this contract that he cannot avoid, that clash with private bookings through Alive Network. Smoke Screen guarantee to provide a deputy of equal quality to take his place, should this happen, or the client can receive a full refund if they prefer.