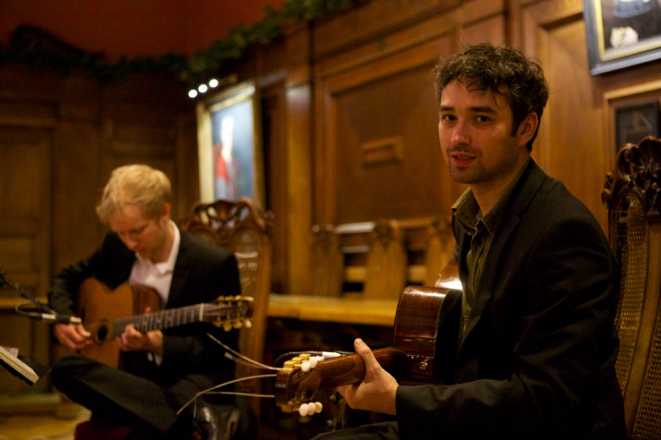 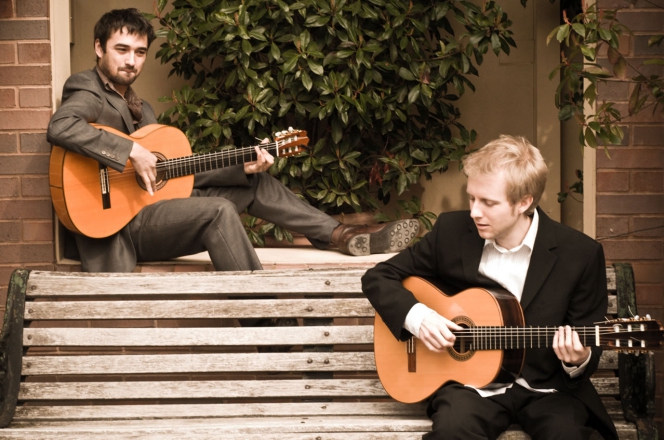 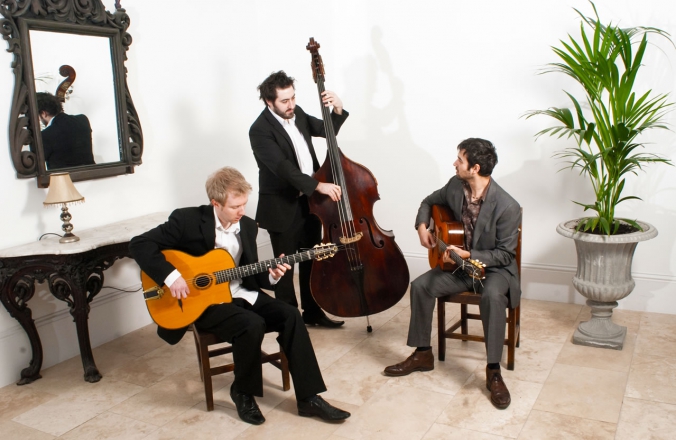 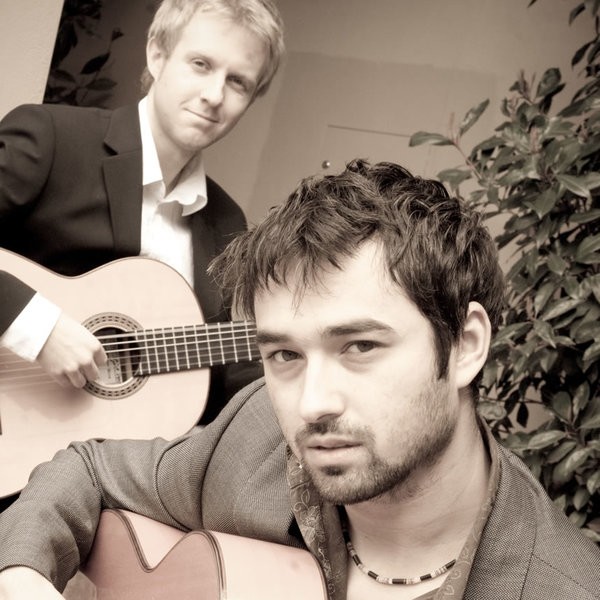 In addition to original music, the group also perform various arrangements and standards (some repertoire can vary dependent on line-up)...

“Sam and Jamie were absolutley brilliant, would definitely book them again. Great gypsy jazz, created a relaxed but classy touch to an important corporate event, the music added that little bit extra to a successful afternoon. Clients have been asking their name and where they can find them.”

It was a pleasure working with you

Perfect for our event, beautiful.

“Thanks to you and the guys for last night. Perfect for our event, beautiful, fun playing and you coped with the oddball venue admirably. Loads of very positive comments from our guests, not one negative or even lukewarm one.”

They created an atmosphere we had always hoped for

“Courteous, professional, friendly, very presentable, hugely talented, sounded superb! They created an atmosphere we had always hoped for and everyone said how brilliant the night was with Sam & Jamie’s performance, They really helped to make the evening what it became and it is something we will not forgot in a hurry. We’d have them again in a heartbeat. To Sam and Jamie, thank you ever so much”

Guests were most impressed

“Our sophisticated and worldly guests were most impressed as were we”

Price from £548 + travel from West Midlands

Most Alive Network artists travel UK wide and internationally. Get a guide price instantly by clicking the 'get quote' button and entering your event date and location. Make an enquiry and we will liase directly with Sin Compas to confirm price, availability, and the provide you with a confirmed quote.

Sin Compás draw from the musicians of the critically acclaimed TG Collective who have received a string of fine reviews for their appearances at the Cheltenham and Manchester Jazz Festivals, BBC Radio and TV, National Theatre, South Bank Centre and Royal Albert Hall, to tours around the UK's theatres, festivals, concert halls and arts centres.

As refreshing as it is infectious... JAZZWISE ***

Their music brings a classy and youthful edge to the traditional gypsy jazz of Django Reinhardt and Stephane Grappelli, alongside lighter arrangements based around jazz standards and classical pieces, with a further dimension bringing the more upbeat and expressive Spanish and flamenco inspired music.

Centred around the two guitars of Sam and Jamie, the group can expand to include Double Bass, Clarinet, Flute, Violin, Trumpet and Cajon/Percussion.  Touching on the influences of such varied artists as Paco de Lucia, Django Reinhardt, JS Bach and Horace Silver, the group can also perform the own music and arrangements, moving through jazz, gypsy, hotclub, flamenco, film and contemporary classical influences.

Sin Compás are popular as a duo or trio for weddings, drinks receptions, private bookings and corporate events, with the trio featuring multi-instrumentalist Percy on Double Bass and Trumpet, who has performed with a range of popular artists, from Jamie Cullum to Elbow.

Performances can be easily adjustable, with two longer sets or three to four shorter sets, flexibly based around two hours playing.  A high quality Mackie PA system is included, suitable for small to medium sized venues.  Background music in a similar style can be played between sets, or pop your iPod through their PA during breaks!