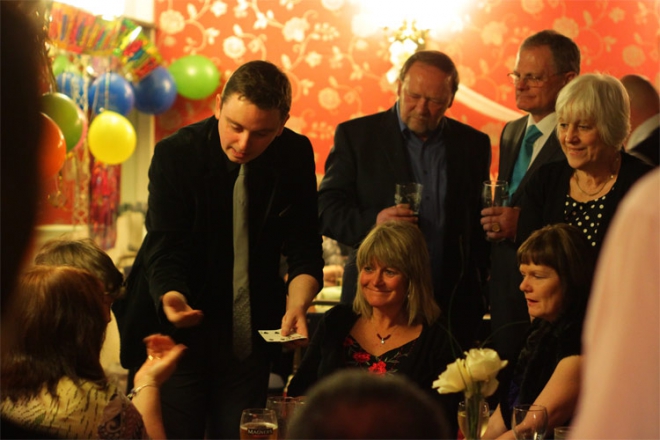 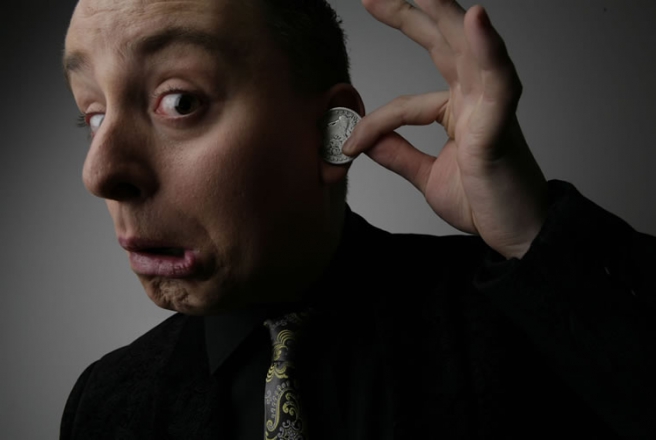 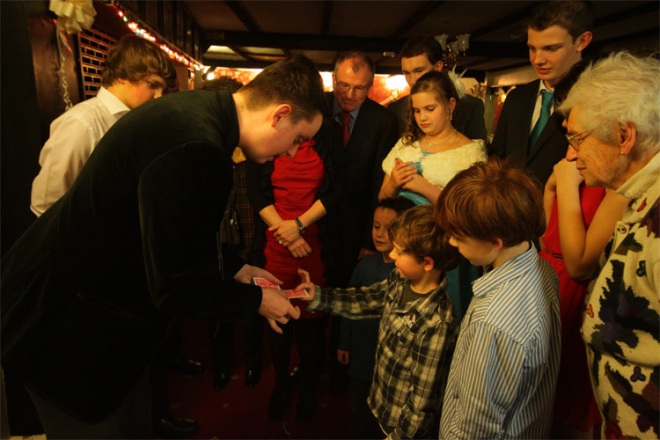 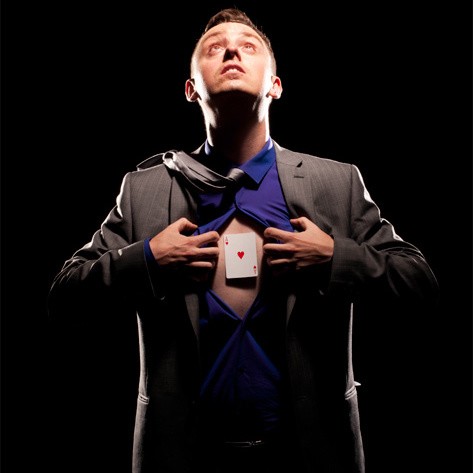 Magician Simon Si is one of the UK’s most popular close-up and comedy magicians. Simon has performed his show all over the world- including at world famous Magic Castle in Los Angeles, Adelaide Fringe Festival in Australia, Edinburgh Fringe and many more

“He was great and friendly he also included humour which I think is a great idea. 10/10”

A good all round service from Alive Network and Simon Si.

“Good performance and very well received by my guests. A good all round service from Alive Network and Simon Si.”

Everyone had a great time and really enjoyed your tricks, me included. You helpe...

“Everyone had a great time and really enjoyed your tricks, me included. You helped to make it a great night so thank you.”

Both Simon Si and Alive Network were very professional.

“Both Simon Si and Alive Network were very professional, contact was prompt when any questions came up which set our minds at ease. Simon was truly amazing, his tricks blew everybody's mind and people are still talking about them now, including us. We would absolutely recommend both Simon Si & Alive Network.”

“Whole process professional and Simon wowed our guests. Many are still talking about his tricks and ability at sleight of hand. Even the skeptics could not see how he was performing his magic. He “worked” the tables at dinner excellently and represented full value.”

Price from £475 + travel from Somerset

Most Alive Network artists travel UK wide and internationally. Get a guide price instantly by clicking the 'get quote' button and entering your event date and location. Make an enquiry and we will liase directly with Simon Si to confirm price, availability, and the provide you with a confirmed quote.

Comedy stage show only (no close up magic)

(30 minutes - in addition to close up magic)

(45 minutes - in addition to close up magic)

The tricks you perform are amazing, and even though the magic was 'close-up' there was no way to see how you 'did it'!! Everyone was very impressed, and it certainly added to the fun of the evening. I'd have no hesitation in using your services again, nor recommending you to others.
-Cheryl Redfearn, Conference & Events Sales Manager

As an expert sleight of hand artist, Simon can provide his services to large corporate events, banquettes, weddings, private parties, product launches and any other kind of event. It doesn’t matter what the size of the event you’re organizing is – Simon will make it memorable!

Travelling magician?
Simon Si performs as a close-up magician and a comedy magician all around the world. He is currently based in the city of Bath, but travelling anywhere in the world to entertain your guests is not a problem for Simon. Simon has worked as a magician in many different countries and many different venues including The British Museum in London, The Garden of Unearthly Delights in Adealide Australia or the World Famous Hollywood’s Magic Castle in Los Angeles, USA.

Simon Si is happy to travel anywhere on the world to make your event memorable!

Close up magic is one of the most difficult to master within the field of illusion. Tricks are performed right before your eyes and all objects can be touched and viewed from every angle. As a result the effects are far more potent.

Some tricks take place entirely in onlooker’s hands; with objects disappearing and appearing in someone else’s hands.

A. Table hopping- strolling magic
Table hopping is becoming a popular type of entertainment for all kinds of events and functions. Magician’s strolls from table to table, or in between the audience, performing various close up magic tricks.

This type of performance is a perfect ‘Ice Breaker’ at any party. Doesn’t matter if you are organizing huge corporate event or small family gathering! People love to be amazed and close up magic such as this will do just that. Simon will astonish your guests!

B. Close Up Magic Show (35- 45 minutes)
This Programme is ideal for a small party of people (10-35). The Magician sits at a table and performs short magic routines, enchanting onlookers.

Effects showcased by the magician complement one another and creates a unique atmosphere. Some of the tricks are accompanied by matching music, which gives the show a mysterious and magic quality.

Simon Si Comedy magician – his Comedy Magic Show is designed for all age groups and is filled with lots of fun and incredible magic.

The performance ranges from ‘Mind Reading’ to the infamous and Legendary ‘Needle Swallowing’, which was made famous by the great Harry Houdini. Simon likes to add ketchup to his routine, to make it taste a little better, I’m sure you’ll agree.

Simon’s Comedy Magic Show can be tailored for an audience of hundreds, such as cruise ships and large corporate events, or for a smaller gathering.

The Magic Show often involves audience participation, which makes it more fun for all.

Think about it… a member of the audience, becoming a powerful ‘Medium’ and projecting their thoughts out to the rest of the spectators….Sound Serious? Remember this, Its Simon’s Comedy Magic Show so nothing can be too serious.

The only thing that WILL happen is that the audience is guaranteed to be amazed!

We were very happy with Simon's performance - he gave us exactly what we were hoping for. Many guests commented on how enjoyable he was, both as an entertainer and as a magician. People were amazed at his artistry and skill. He was punctual and well organised in time for the event. He matched his performance to the wide range of guests and handled his participants courteously, he was personable and friendly, he co-ordinated well with other elements of our party. We would have no hesitation in recommending Simon to anyone wanting to hire a good value entertaining magician. In our opinion he rates as 5*
-Jacey & Ed