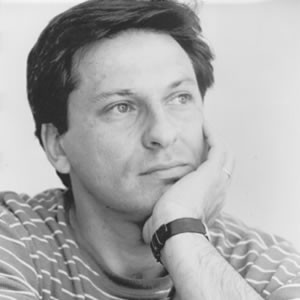 Simon Lipson is a comedian, impressionist, actor, writer and voiceover artist. Well known for his impressive array of TV, Theatre, Radio and Film work, Simon is now available for private and corporate events.

“A gifted mimic who instantly engages the audience”

A gifted mimic who instantly engages the audience

“He hits every cue and every gag....a gifted mimic who instantly engages the audience”

Most Alive Network artists travel UK wide and internationally. Get a guide price instantly by clicking the 'get quote' button and entering your event date and location. Make an enquiry and we will liase directly with Simon Lipson to confirm price, availability, and the provide you with a confirmed quote.

Please note: Simon Lipson's fees are POA. Please call for a quote and availability. As a guide, offers will only be considered in the region of £1200 upwards.

Simon Lipson came into comedy in 1994 and reached the final of the Hackney Empire New Act of the Year competition that same year. Since then he has clocked up an impressive array of TV, radio, theatre and comedy club credits as a comedian, impressionist, actor, writer and voiceover artist.

Additional Reviews
Paramount Comedy on LOSING IT (Simon's solo show) Edinburgh Fringe 2002: "The show is a hilarious mixture of sketches and stand-up. Along the way, we meet a plethora of celebrities including Robert De Niro, Jack Nicholson, Woody Allen, Alan Hansen and Dustin Hoffman showcasing Lipson's incredible skills as an impressionist."

On HE BARKS SHE BITES (with Philippa Fordham): "Mature character comedy…a kvetch-perfect Woody Allen or a squeaky David Beckham instantly hit home…cracking character comedians…witty, quick and sharp as a stiletto." - Bruce Dessau, Evening Standard
"a well crafted sketch show that hits the audience right where it laughs" - The Stage
"They show real people grotesque-ified. It's comedy with just the right kind of un-synthetic madness." - Daily Telegraph