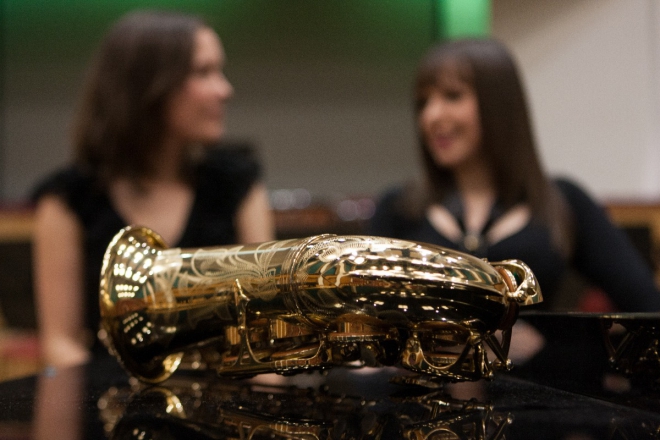 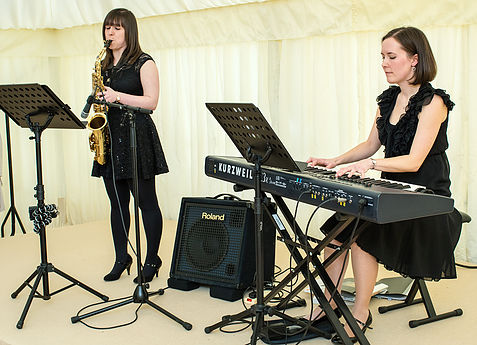 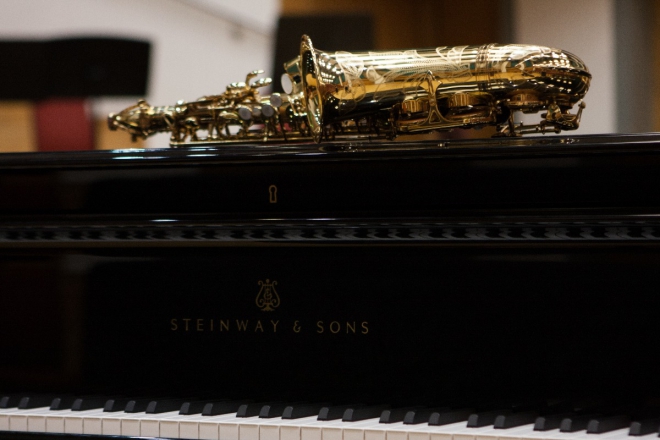 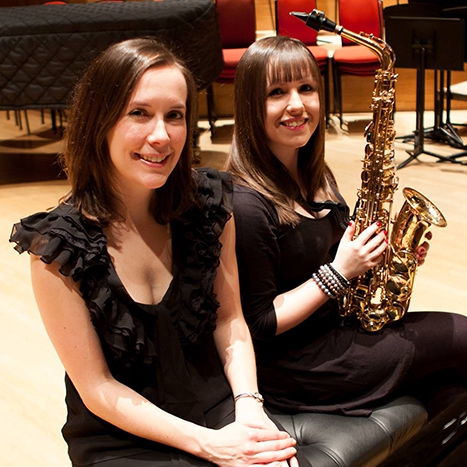 Seren are a Midlands based Saxophone and Piano Duo with a wide repertoire to suit all events. Whether it's Classical, Jazz/Vintage or a more contemporary set you require, Seren will create the perfect atmosphere to your special occasion!

They created a fantastic atmosphere as the guests arrived at the reception and m...

“A massive thank you to lucille and erica who played at our wedding in march.  They created a fantastic atmosphere as the guests arrived at the reception and made a lasting impression.  We would more than happily recommend them.”

Price from £320 + travel from West Midlands

Most Alive Network artists travel UK wide and internationally. Get a guide price instantly by clicking the 'get quote' button and entering your event date and location. Make an enquiry and we will liase directly with Seren to confirm price, availability, and the provide you with a confirmed quote.

Highlights
* Saxophone and Piano Duo based in the West Midlands.
* Repertoire includes Classical, Jazz/Vintage and Modern Contemporary numbers.
* Both Birmingham Conservatoire graduates who have won a number of prestigous prizes.

Seren are a Midlands based Saxophone and Piano Duo who have been performing together for 4 years. If you are after a unique and professional saxophone and piano duo then look no futher!

When growing up, Lucille was part of the Gwent Music Support Service, participating in 9 bands that gave her the opportunity to play in prestigious venues, such as the Royal Albert Hall, Symphony Hall and St. David’s Hall in Cardiff. Lucille has also played with the National Youth Wind Orchestra of Wales (three times), National Saxophone Choir of Great Britain and National Youth Jazz Reserve Orchestra of Wales (twice).

Lucille has played in a wide range of Birmingham Conservatoire ensembles such as Big Band, Wind Ensemble, Saxophone Ensemble, Thallein Contemporary music ensemble and Saxophone Quartets. She was previously in a Ska band that had played well known venues such as O2 Academy Birmingham and the Glastonbudget festival. Lucille is the dep Saxophonist for the function band 6appeal, who are based in the West Midlands but perform all over the UK.

At the end of April 2017, Lucille made her London debut by performing The Fuzzy Bird Sonata as part of the Birmingham Conservatoire Showcase at one of London’s major concert halls, St John’s Smith Square.

Lucille has won many competitions, such as the Birmingham Conservatoire Saxophone Prize, The Rollanson Prize and the prestigious Town Hall Symphony Hall Recital Prize, which allowed Lucille to perform a solo recital in the Birmingham Town Hall in November 2015. She has also received a Postgraduate Grant from EMI Music Sound Foundation, is a Help Musicians UK Postgraduate Award Holder (2 years running) and last year received a Postgraduate Award from the Tillett and Colin Keer Trusts.

Piano - Erica
After graduating from the University of Birmingham in 2004 with a BMus(hons), Erica is now a regular accompanist and assistant musical director at The Crescent Theatre in Birmingham. Erica accompanies for Armonico Consort and recently performed alongside them with the AC Academy and Russell Watson at the Symphony Hall and in a 'Strictly' themed concert with Kevin Clifton and Karen Hauer at the RSC. Erica also deps on the Jersey Boys UK tour.

Erica has composed two musicals for Edinburgh Fringe and numerous scores for plays by Little Earthquake, Through The Window Theatre and The Crescent Theatre. She has previously had her music performed by BCMG and renowned saxophonist Snake Davis. Recent projects include music for The Crescent Theatre's Christmas 2014 production of Roald Dahl's The Witches and a choral piece for their Wassail production.

After booking, speak directly with Seren.