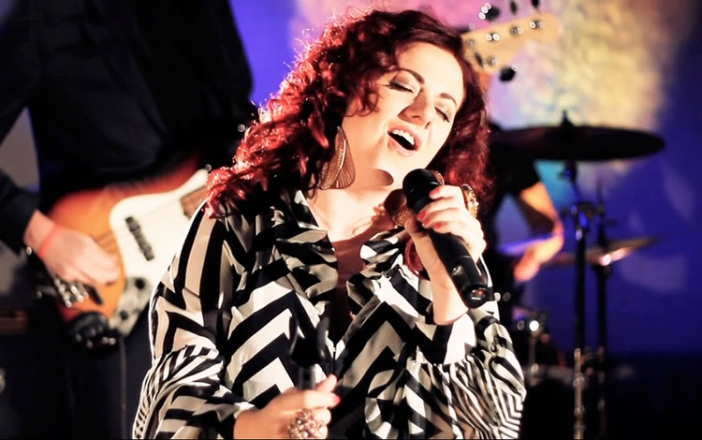 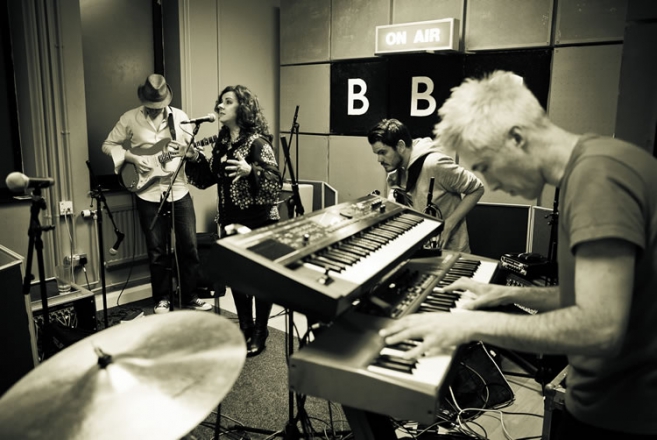 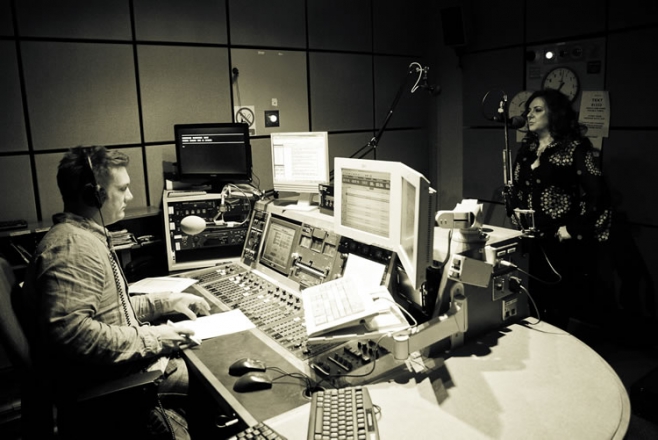 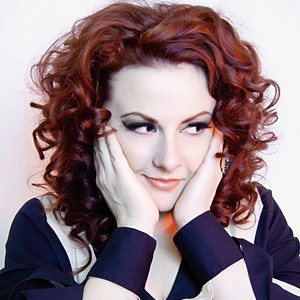 Pick And The Mixes

Pick And The Mixes, fronted by Sophie, the very first artist to perform at London's O2 Arena. They provide one of the largest set lists of music for a UK party band, ranging from present day Pop/Rock through to Soul, Motown, Jazz and Swing.

Rock and Pop Band Pick And The Mixes performing Sex On Fire- Available from alivenetwork.com

Jazz/Swing Set
Moondance
I can't take my eyes of you
At last
Sway
Perhaps,perhaps,perhaps
Fever
At last
Make you feel my love
Don't know why
Feeling good
A Foggy Day
Ain't Misbehaving
All of Me
Almost Like Being In Love
As Time Goes By
Chattanooga Choo Choo
Cheek To Cheek
Don't Get Around Much Anymore
Fly Me To The Moon
He's A Tramp
If I Were A Bell
It Had To Be You
It's Only A Paper Moon
Let There Be Love
Love Me Or Leave Me
Lullaby Of Birdland
My Baby Just Cares For Me
My Favourite Things
Night & Day
Pennies From Heaven
Satin Doll
Secret Love
September In The Rain
Stompin' At The Savoy
Take The`A' Train
The Boy Next Door
The Lady Is A Tramp
The Masquerade Is Over
They Can't Take That Away From Me
Easy Living
Black Coffee
Gee Baby Ain't I good to You
Georgia
Route 66
Summertime
Well Alright Ok You Win
I Saw Her Standing There
Moondance
Girl From Ipanama
Perdido
Fever
Hallelujah i love him so
Unchain my heart
Route 66
Work song
Cry me a river
Heard it through the grape vine
I put a spell on you
Since I fell for you
Dont let me be misunderstood
September in the rain
Since I met you baby

We were all absolutely delighted with Pick and the Mixes

“We were all absolutely delighted with Pick and the Mixes. We had several appreciative comments from our guests about the quality of the band and several asking how I found them. Your service was also excellent with regular feedback and updates without any prompting from us. We would not hesitate to ask them to perform for us again and would recommend them and you to anybody. Thank you and especially Sophie and the band for making a vital contribution to an extremely successful, perfect evening.”

Alive Network's website was very user friendly, allowing us to hear the artists ...

“Alive Network's website was very user friendly, allowing us to hear the artists prior to booking. Pick And The Mixes offered exactly what we were looking for and were perfect for our event. Our guests were blown away by her and the bands' performance - they made a good evening, fantastic. Would definitely recommend her to anyone. Her rapport with us and the guests was second to none and she was very keen to deliver a great night - which was exactly what she did. ”

“Using Alive Network couldn't have been more straightforward. Our co-ordinator (Clare Kimble) was helpful, efficient and very friendly so we knew that we were in safe hands. Having listened to Pick And The Mixes sample tracks we knew we would be hard pressed to find a better band. They were fantastic on the day and all our guests absolutely loved them. Sophie has the most amazing voice and can quite literally sing absolutely anything! As well as performing at the reception, we also asked that Sophie sing a few specifically selected songs at our Church service - not only was it no trouble for her to learn some new songs but it really added to the occassion. Overall our experience of the Alive Network and Pick And The Mixes has been great and we would definite recommend both of them.”

Feedback as follows: We got essentially 3 services from Sophie - a pianist, a...

“Feedback as follows: We got essentially 3 services from Sophie - a pianist, a jazz duo and a full-scale band. We hugely enjoyed the band - the music was great and Sophie's a fantastic singer. She also did a great job of building the crowd up prior to our singing and seemed to genuinely enjoy the whole event. The jazz set were also very good - non-intrusive but good quality background music. As for the pianist - on the whole he did a good job. As a pianist, I would comment that he appeared to have only learnt the key entrance music the day before but in the scheme of things this was minor! Very happy all round and would def recommend them. ”

Price from £1,282 + travel from Northamptonshire

Most Alive Network artists travel UK wide and internationally. Get a guide price instantly by clicking the 'get quote' button and entering your event date and location. Make an enquiry and we will liase directly with Pick And The Mixes to confirm price, availability, and the provide you with a confirmed quote.

Pick And The Mixes
Led by the incredible vocals of Sophie, Pick And The Mixes are a collection of highly experience full time professional musicians. They have performed at thousands of music venues and headline festivals all over the world. With a biog that reads like a who’s who, they have collectively shared the stage with  Will Young, The Sugababes, McFly, Shirley Bassey, Lulu, Mica Paris and the list goes on....

With such a diverse mix of musical experience, Pick And The Mixes are able to provide one of the largest repertoires of music you will find with a band in the UK. Spanning 90 years from current indie and pop through to 1920’s Jazz. With a repertoire that is constantly updated there is something for everyone.

Sophie is the front women of Pick And The Mixes. She is a well established and very experienced singer and songwriter. Sophie is a great communicator and a real peoples person. A bundle of energy on and off stage. She normally ends up going out into the audience with her microphone to sing and dance with the guests!

Starting out her career as an actress she performed with the National Youth Theatre working with award winning comedy writer and actor Matt Lucas (Little Britain) and the late great film composer Lionel Bart (Oliver Twist).

Sophie was the very first singer to perform on the main stage at London’s O2 Arena upon opening. She has written music for film as well as being cast in various TV programmes and documentary dramas. She was the finalist in the Perrier Young Jazz singer of the year competition. Sophie has released 4 albums to date, and has recorded and performed for BBC radio and ITV. Performances have included: Supporting The Sugababes, Mc Fly, Will Young and performing for the French President and his wife, Carla Bruni for a private event in Paris. Sophie has a full time schedule performing both in the UK and internationally.

Press quotes:
“With her clear candid voice and unaffected style she has the knack of making a song swing and her interpretations are original. A great CD. Crisp playing, neat arrangements, great standards, fine new material – and above all a singer who brings every song vividly to life.......”
The Observer

“One of the most stylish British vocal releases of recent months comes from Sophie. Her debut album supplies an exceptionally thoughtful mix of the familiar and unfamiliar………”
The Times

“Hail Pick And The Mixes, jazz is back. Having suffered years of musical swipes and mickey-taking, this much-maligned art form is reclaiming itself from the wispy beard and rollneck set and acts like the New Breed are leading the charge……”
Time Out (Dubai)

Meet the band
Danny has been playing drums for over 12 years and hit the professional scene aged just 15. Exposure to Motown in childhood heavily influenced his groove before he even started. Danny strives to be able to play anything and has always looked to the greats of the drumming world for inspiration.

Danny has played with a wide variety of acts across many musical styles. He has supported drumming legend Carl Palmer and performed at festivals across the UK and Europe with many great session musicians.

Rob (Hons) trained at Birmingham University and has a degree in music. He has been a professional musician all his working life and is very experienced playing all styles of music. He has worked with a very eclectic mix of some of the most famous artists including; Lulu, Dave Stewart, Shirley Bassey, Eartha Kitt, Gloria Gaynor, Marc Almond, and the late great Nina Simone where he performed at The Royal Albert Hall.

Joe grew up in London where he first showed an interest in music taking up piano at the age of 7. He went on to receive extensive training at the Centre for Young Musicians where he studied for ten years. He has recently completed his degree at Trinity College of Music in Greenwich where he studied jazz performance for four years. Joe has performed at a wide range of venues around the country as well as performing abroad in places such as Monte Carlo, Dubai, and Scandinavia & South America.

Johnny BA (Hons) is a graduate of the City of Leeds College of Music, where he gained a BA (Hons) in Jazz Studies. He studied guitar, and in his final year, he was awarded the Eric Kershaw Memorial prize for plectrum guitar. Johnny is a member of the band ‘Badbone & Co.’who won the BBC Jazz Award for ‘Best Band’.

Working as a freelance session musician Johnny has performed with such artists as Mica Paris, Danni Minogue, Errol Brown, Hamish Stuart (of the ‘Average White Band’), , , and Snake Davis (of ‘M People’), and in 2009 performed on the Pyramid stage at Glastonbury with Tony Christie.

** IMPORTANT- Please Note:
- The band prefer a stage where ever possible but they are happy to perform on the floor as long as there is a 3ft space between them and the dance floor. This is for the safety of the band members and their equipment and due to the high energy level of their performance.

- Under no circumstances are audience members/guests to enter the stage area and touch or try to use any of the equipment. The band prides themselves on excellent quality gear and therefore do not let non band members use it.

Pick And The Mixes

After booking, speak directly with Pick And The Mixes.