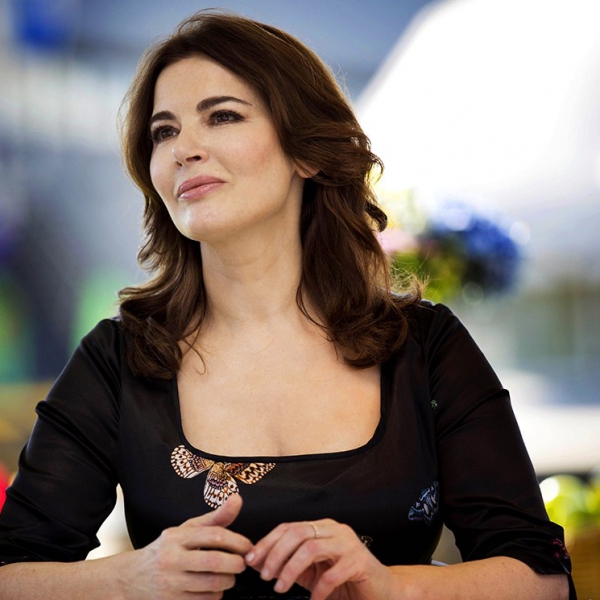 Nigella Lawson is the bestselling author of ten books and is one of the most recognisable names and faces in the food industry across the globe. A charismatic and warm speaker, Nigella has entertained audiences of all sizes with her wit and wonderful stories from her life as an industry icon.

Most Alive Network artists travel UK wide and internationally. Get a guide price instantly by clicking the 'get quote' button and entering your event date and location. Make an enquiry and we will liase directly with Nigella Lawson to confirm price, availability, and the provide you with a confirmed quote.

Nigella Lawson is a writer and broadcaster.  She is the bestselling author of ten books and is one of the most recognisable names and faces in the food industry across the globe.

Her latest cookery series Simply Nigella aired on BBC2 in 2015. Following her role as a judge and mentor on the UK and US series of the reality cooking show The Taste, Nigella joined MasterChef Australia as guest judge in 2016.

Her other TV credits include the Italian-themed show Nigellissima which aired on BBC2 in 2012, Food Network’s Nigella Feasts, BBC2’s Nigella’s Christmas Kitchen and Nigella Express.

In 1998 Nigella wrote her first book, How To Eat: The Pleasures and Principles of Good Food. Her hit Channel 4 show Nigella Bites, and subsequent series have been accompanied by a number of best-selling books which have sold over 10 million copies worldwide.

Nigella read Medieval and Modern Languages at Oxford and went on to become Deputy Literary Editor of The Sunday Times.  A successful career as a freelance journalist followed, writing a beauty column for The Times Magazine and range of publications and newspapers.

She was voted Author of the Year in the British Book Awards 2000, Best Food Personality by the Observer Food Monthly Awards in 2014, and awarded Television Personality of the Year at the 2016 Fortnum & Mason Awards.

A charismatic and warm speaker, Nigella has entertained audiences of all sizes with her wit and wonderful stories from her life as an industry icon and at the start of 2016 she spoke to a sell-out audience at the renowned Sydney Opera House.  She is available for event hosting, fireside chats and personal appearances.