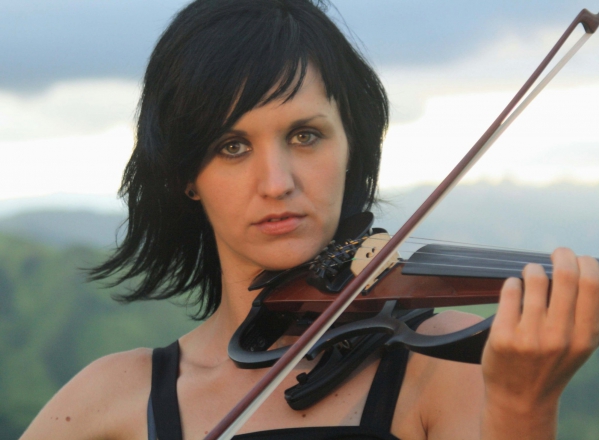 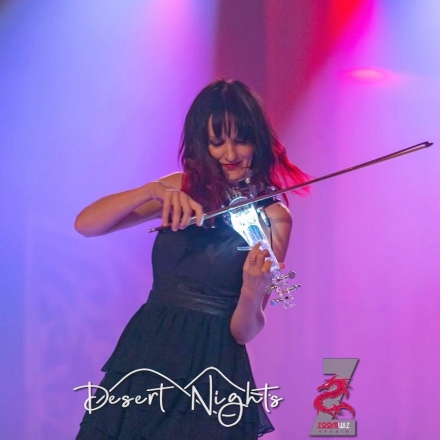 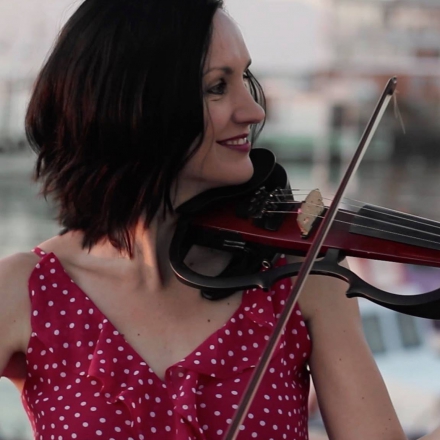 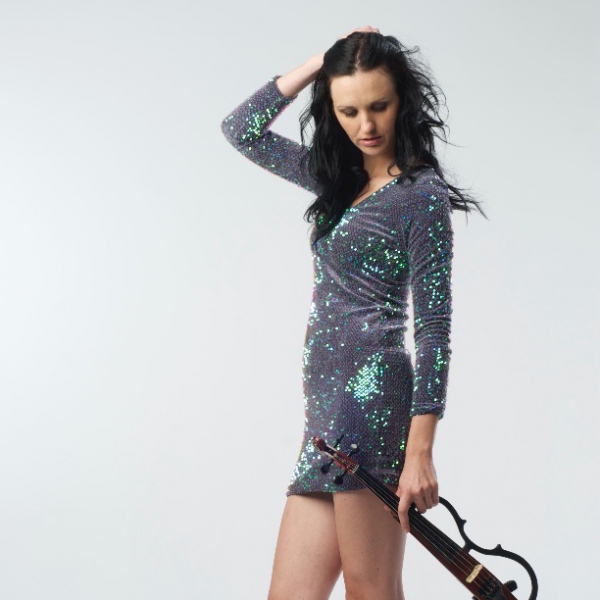 A sensational electric violinist performing explosive upbeat shows, relaxed lounge music & improvised sets with the option of a live DJ! Combining the electric violin with contemporary music, Naomi will captivate you and your guests with her dazzling performance!

“Naomi was fabulous and perfect for our event.”

Background Sets: Trendy lounge repertoire in the style of Café del Mar and other chill out favourites. Fun and memorable pop-style hits re-imagined for violin.

Naomi was fabulous and perfect for our event.

“Naomi was fabulous and perfect for our event. Many thanks, Vicky Oyston”

You were the highlight of the evening.

“Thanks for the truly remarkable performance you gave for the Military Corps function on the 4th Oct 13. I've been asked several times for your contact details for other military events. You were the highlight of the evening and I fully endorse any military event to see your talents.”

Thank you so much to you and (DJ) Matt for your performances in Dublin – you wer...

“Thank you so much to you and (DJ) Matt for your performances in Dublin – you were both great and were really professional and lovely to work with!”

Just wanted to say a huge thank you from everyone at Tom & Lydia's wedding for m...

“Just wanted to say a huge thank you from everyone at Tom & Lydia's wedding for making the day such a memorable one. You are fantastic.”

Croí, a heart and stroke charity in Ireland hired Naomi (Electric Violinist) for...

“Croí, a heart and stroke charity in Ireland hired Naomi (Electric Violinist) for a Charity Gala Ball / Fundraising Event in March 2012. To put it simply, Naomi was a pure professional from the moment I met her. She was glamorous, punctual, very upbeat and friendly, and was a joy to work with. I will definitely consider booking Naomi again and would highly recommend her.”

Price from £840 + travel from Northamptonshire

Most Alive Network artists travel UK wide and internationally. Get a guide price instantly by clicking the 'get quote' button and entering your event date and location. Make an enquiry and we will liase directly with Naomi (Electric Violinist) to confirm price, availability, and the provide you with a confirmed quote.

to perform alongside Naomi

Naomi is a sensational electric violinist who has captivated audiences around the world with her unconventional approach to an increasingly popular instrument. At the forefront of cutting edge performance, Naomi has successfully combined the electric violin with contemporary music to create a dazzling, upbeat show or a more background Café del Mar-style lounge set.

Armed with her futuristic electric violin, Naomi is just as comfortable performing on the catwalk as in a club, at a festival, in a theatre or at a party.

What has Naomi done before?
Naomi's versatility as a musician has taken her to over 10 countries and 3 continents including the Italy, Seychelles, Mauritius, Monaco, Russia and the Baltic Sea, Switzerland, Victoria Falls in Zambia, South Africa, Scotland and France. She has also performed at a range of top London venues including Tate, Ritz, Royal Academy of the Arts, Somerset House, Gherkin, Madame Tussauds & Science Museum.

The Music
Naomi can provide a range of live performances including explosive & exciting shows, relaxing lounge music & even improvisation with a live DJ!

Naomi can perform for a maximum of 3 hours and with something to suit all, you can mix and match between the available packages below:

Upbeat Show (up to 40 mins)-
Her live performance is an explosive show with repertoire ranging from dance remixes of popular favourites to crowd pleasing classical–pop. The show is offered as 2 x 20min sets.

Background Sets (up to 2 x 45 mins)-
Naomi performs contemporary lounge music in the style of Café del Mar and popular chill out music.

Electric Violin & DJ (up to 2 x 45 mins)-
Naomi is an experienced improviser in many genres ranging from lounge to house music. She is just as comfortable performing with her regular DJ or with a DJ or your choice.

After booking, speak directly with Naomi.