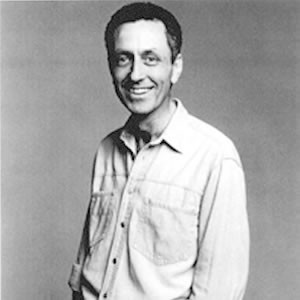 Martin Coyote has been a pivotal member of the Comedy Store's flagship topical show, The Cutting Edge and he is a prolific writer of challenging and thought provoking gags. ...

Most Alive Network artists travel UK wide and internationally. Get a guide price instantly by clicking the 'get quote' button and entering your event date and location. Make an enquiry and we will liase directly with Martin Coyote to confirm price, availability, and the provide you with a confirmed quote.

For eight years Martin Coyote has been a pivotal member of the Comedy Store's flagship topical show, The Cutting Edge.

He is a prolific writer of challenging and thought provoking gags. Exuding a warmth and laddish charm, he generates an equally glowing response from his audiences. They genuinely like him. Even the most hardened hecklers seek his approval.

His talents are diverse. Equally at home with the mainstay circuit gigs as with the major comedy venues, on television or on radio, Coyote is a force to be reckoned with.

I’ve never booked an artist before and was nervous that, not being in the entert...

“I’ve never booked an artist before and was nervous that, not being in the entertainment profession, the agency would look down their noses at me. This couldn’t have been further from the truth. Ingrid was extremely approachable, friendly and helpful from the off, even though I had a fairly small budget to work with. I felt confident throughout the whole booking process and thereafter right up until the artist arrived. Martin Coyote was on time and had phoned previously during the day to let us know everything was on schedule. It was us who let Martin down... Our previous act was late arriving and were only just going on when he should have been. Despite having another booking later, he never once made a fuss and continued to be courteous, friendly and professional. He negotiated with his later booking, so as to not let us down. This meant that he went on a lot later than planned and, by that time, the crowd had had quite a bit to drink. We had an insistent heckler who Marti...”