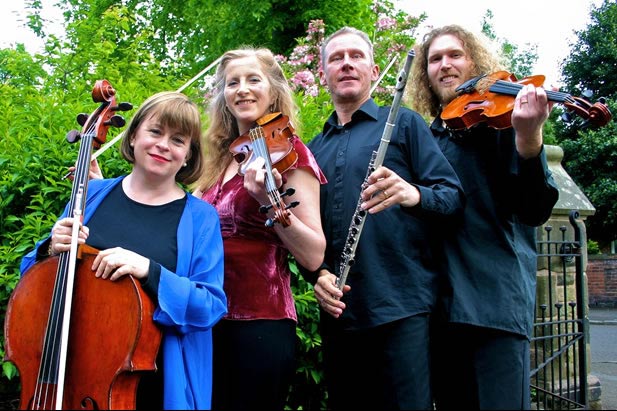 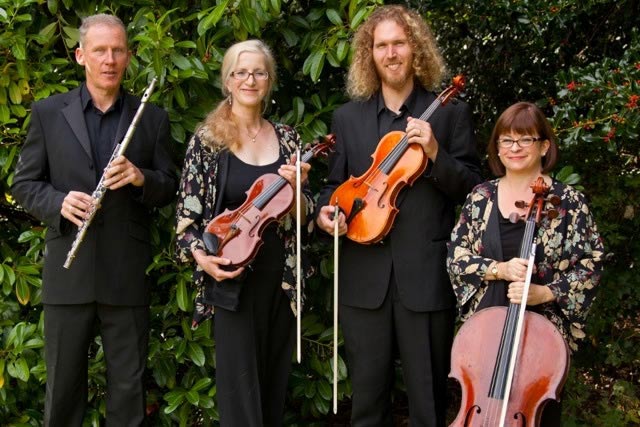 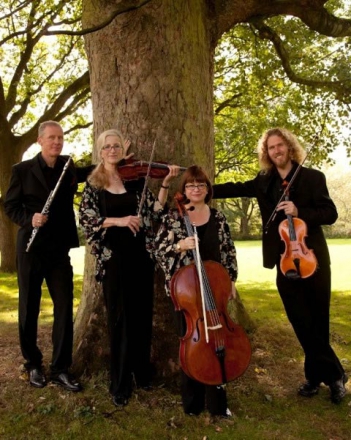 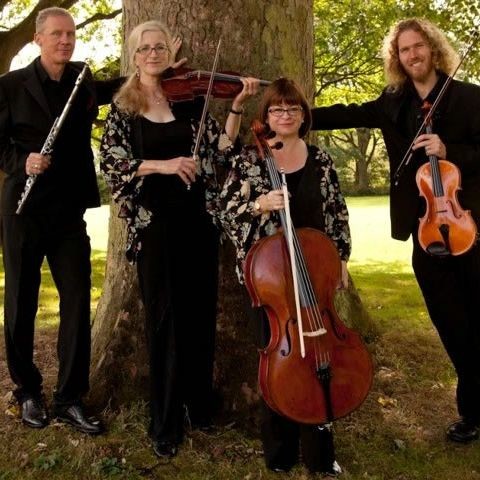 Here are just some of the pieces that the Manchester Wedding Quartet can perform at your event:

Price from £667 + travel from Greater Manchester

Most Alive Network artists travel UK wide and internationally. Get a guide price instantly by clicking the 'get quote' button and entering your event date and location. Make an enquiry and we will liase directly with Manchester Wedding Quartet to confirm price, availability, and the provide you with a confirmed quote.

Manchester Wedding Quartet – Flute Violin Viola and Cello - is an ensemble formed from musicians associated with the Hallé Orchestra either as past or present members. They provide light classical music - from 18th century masterpieces to Viennese waltzes and also arrangements of Broadway and film favourites - for all types of special occasions from weddings, parties and balls through to corporate dinners and conferences either in the form of background music during the event or as a special concert providing a highlight in the proceedings. The musicianship is always of the highest standard and the presentation always immaculate.

Jonathan (flute)
Jonathan started to play the flute at the age of 12. He studied with Graham Mayger at the Royal College of Music, gaining ARCM and GRSM diplomas and winning the Eve Kirsh prize. He was subsequently awarded a French Government Scholarship which enabled him to spend a year in Paris as a pupil of Michel Debost.

A former member of the Halle Orchestra, he has given many solo recitals in the North West region as well as freelancing with other major British orchestras including London Philharmonic, C.B.S.O., Opera North, Northern Ballet, Manchester Camerata and Viva chamber Orchestra. He is also a member with Chris Emerson of Trio Fauve.

Alison (violin)
Alison studied at the Royal College of Music with Raymond Cohen and at the Royal Northern College of Music with Clifford Knowles. She was a founder member of the Snape Maltings Training Orchestra where she was coached by Cecil Aronovich and Hugh Maguire. She is a long-standing member of the Hallé Orchestra first violin section and she has also played with the Goldberg Ensemble and Opera North orchestra. Her interests include gardening and wildlife conservation.

Chris (viola)
Chris Emerson started to play the violin at the age of 4, earning a music scholarship to Newington College when he was 12. At 17 he switched to the viola and went on to win the 1996 Melbourne International Winter School of Music viola competition. He studied viola at the Australian Institute of Music with Esther van Stralen whilst playing half time with the Sydney Symphony Orch. as well as touring and recording in a rock string quartet. He gained his B.mus with 1st class Hons in 1998. In 1999 Chris relocated to the UK with his English wife and was offered a full time job in the Halle Orchestra in 2000. Since then, Chris has been a founding member of Trio Fauve and played many concerts both chamber and solo, around the country. His main interests outside of music are books and walking in the Peak District.

Rebecca (Cello)
Rebecca was born in Wales and began playing the cello at the age of nine. She was a member of the National Youth Orchestra of Great Britain for 3 years. She studied at the Royal Academy of Music and on completing her studies worked in Holland before joining the Hallé Orchestra, where she was a full time member for 15 years . Rebecca now enjoys a freelance career in the North West and plays regularly with the Hallé, Royal Liverpool Philharmonic and various chamber music ensembles