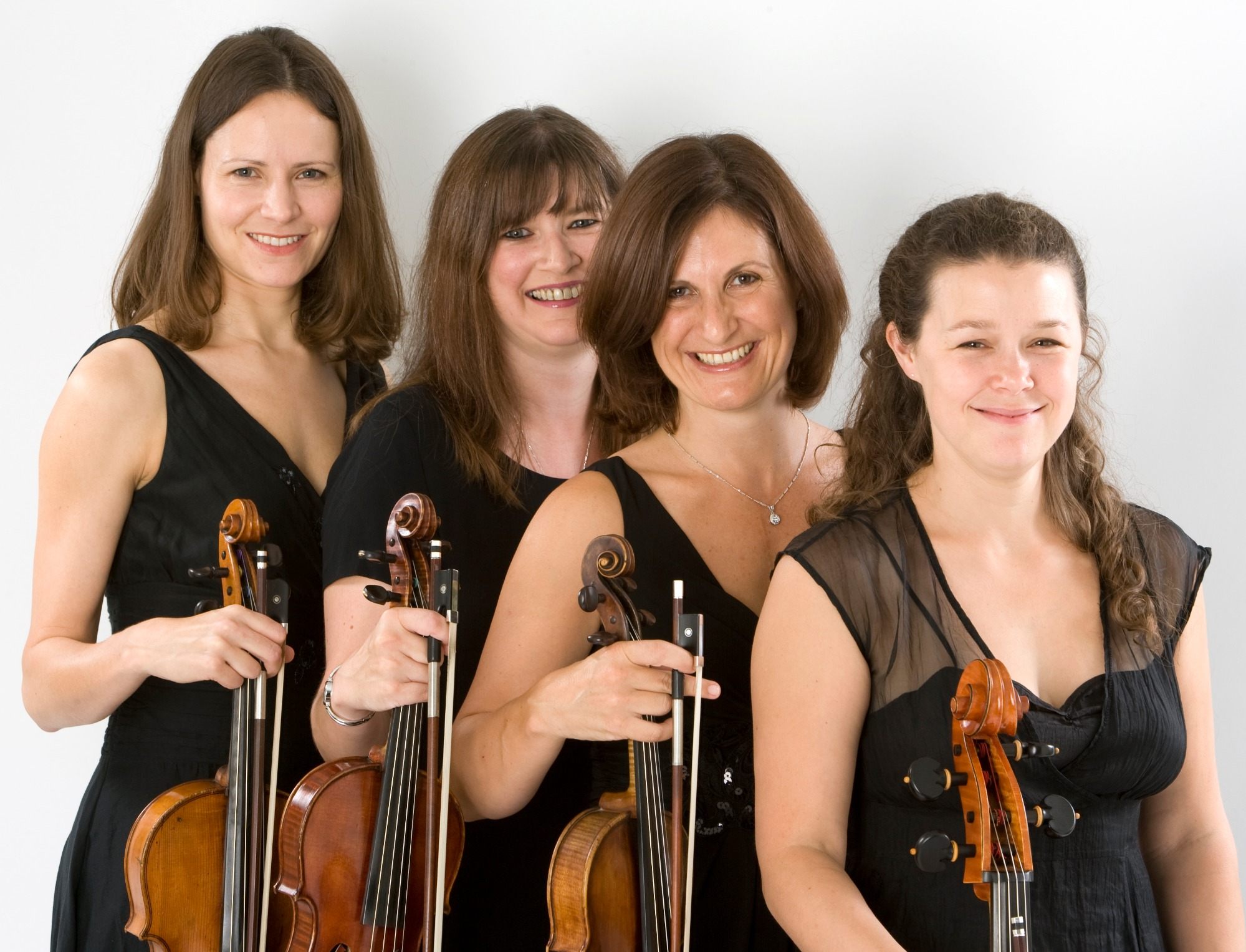 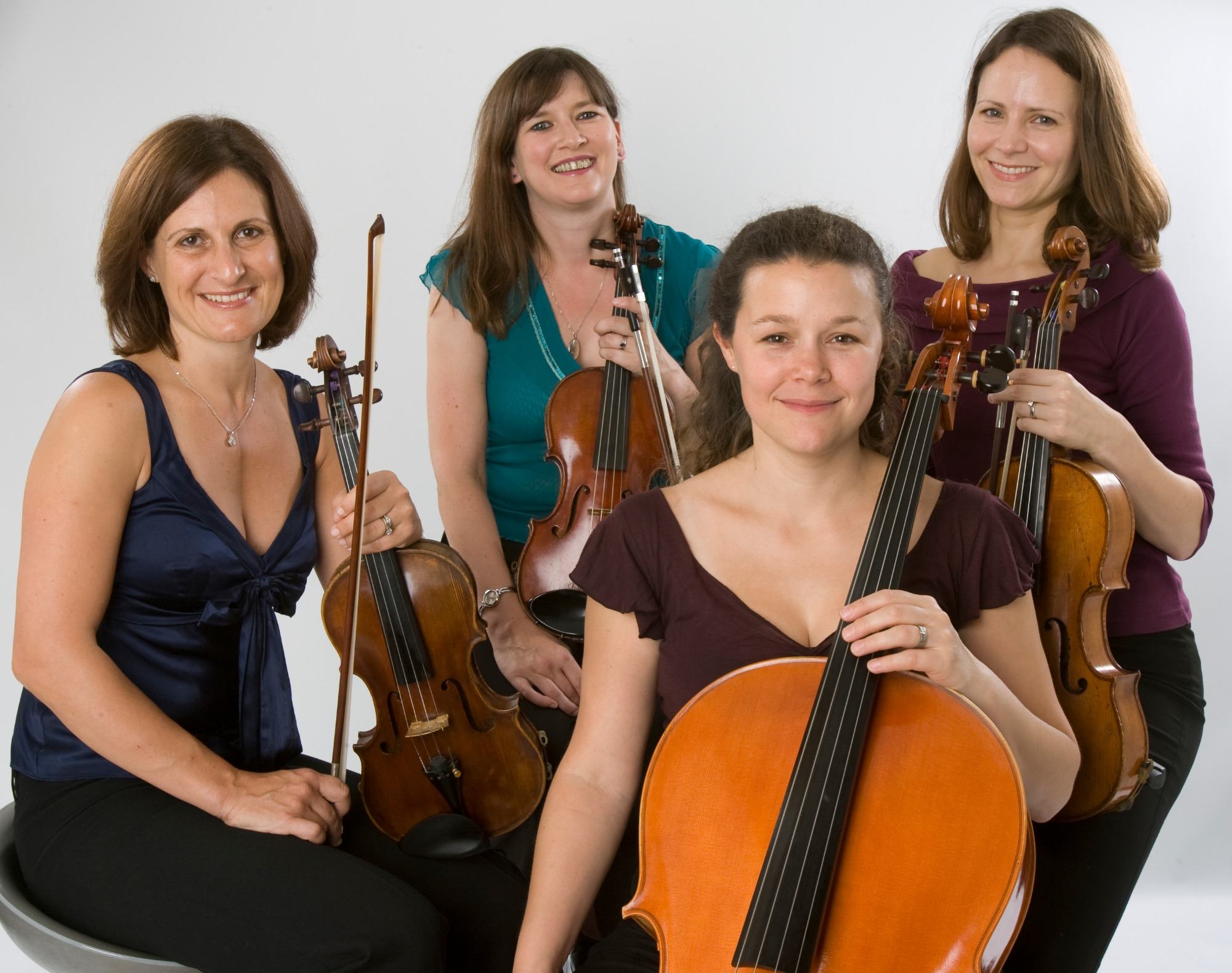 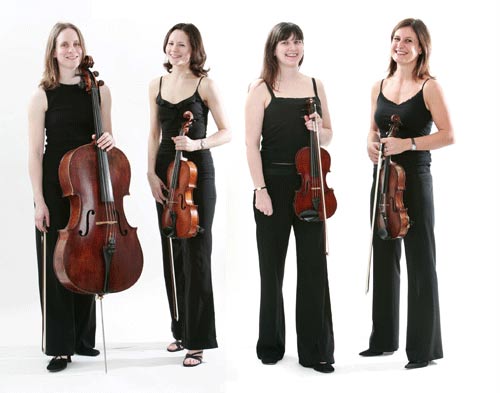 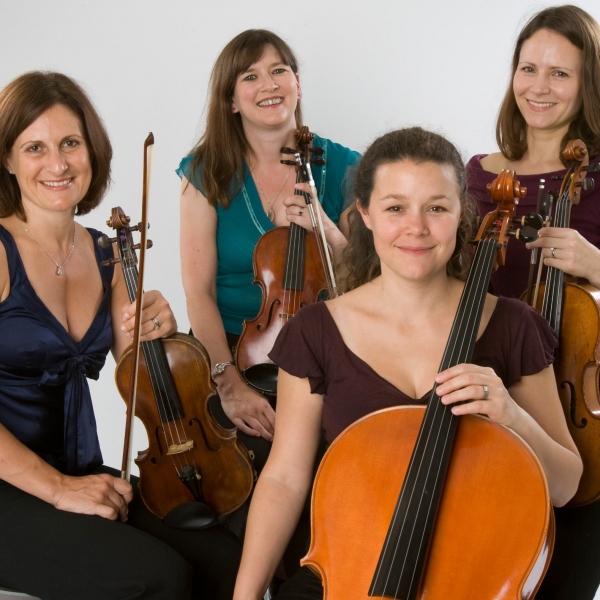 London Strings is a young professional quartet with extensive experience in performing at wedding services and receptions, corporate functions, fund raising events and other special occasions. Based in London.

“A truly accomplished and highly recommended classical quartet, whose beautifully skilled musicianship was highly appreciated by us and all of our wedding guests. Highly recommended.”

The perfect backdrop for our wedding feast

“I wouldn't hesitate to recommend London Strings - they are very talented musicians, and play well together as a group.  They were happy to play our choice of music, and they even played one of our pieces again because the groom and I had missed it the first time around!  I found that my nerves about the wedding melted away as I listened to the beautiful music - it really was the perfect backdrop for our wedding feast, and set the tone for a wonderful day. 10/10!”

Fantastic band which were spot on with the music.

“Fantastic band which were spot on with the music they played at our wedding. We were very grateful for their performance.”

“Charming, talented, consummate professionals with a real desire to make the occasion special and stress-free. My Father was enchanted by his surprise birthday present and it is truly the most memorable part of a very special day. Without exception, all our guests were enchanted with the London Strings' and their performance. We had so many people ask us how we had sourced the quartet and where else could they hear them play. Given that most of the audience are ardent classical music lovers who frequent concerts, opera, Glyndebourne etc this was a true accolade of their success on the day.”

“They exceeded expectations providing expertly played and appropriate music. The guests were amazed and they provided the musical atmosphere I was wanting for my wedding. They were perfect.”

Most Alive Network artists travel UK wide and internationally. Get a guide price instantly by clicking the 'get quote' button and entering your event date and location. Make an enquiry and we will liase directly with London Strings to confirm price, availability, and the provide you with a confirmed quote.

London Strings is a young professional quartet that was formed at the Royal Academy of Music in 1995 by Caryn Cohen (violin), Sarah Turner (viola) and Helen Godbolt (cello) and was later joined by Emma Martin (violin) from the Guildhall School of Music and Drama.

This London based quartet has extensive experience in performing at wedding services and receptions corporate functions parties fund raising events and other special occasions. They also have an active concert schedule performing at local music societies and music festivals including the prestigious Brighton Music Festival and the Cambridge Summer Music Festival .

The quartet has played at most major London hotels including The Dorchester, The Langham, The Lanesborough, Claridges, The Royal Lancaster, The Hyatt Carlton Tower, The Regency and also The Banqueting House, Tate Britain, Downing Street, Loseley Park and Stoke Park. The quartet has provided music for Bombay Sapphire, BP, the Financial Services Authority, Renaisi and Unilever.

Whilst studying at the Royal Academy of Music, London Strings won the coveted John B McEwen competition for the best string quartet of the year. Since completing their studies the quartet have given spirited performances of classical and modern repertoire in venues across the country. Based in London, the quartet is in demand for both corporate and charity events as well as for private wedding receptions, birthday parties and public concerts. Some of the functions they have provided live music for include:

Christmas parties at No. 11 Downing Street, Lancaster House and for the Financial Services Authority, exhibitions at the Tate Britain Gallery and the Natural History Museum, a book launch at Searcy's brasserie in Knightsbridge, charity fundraising events held at the Tower of London, the South African Embassy and Ocean club, an evening's entertainment for the South Kensington Rotary Club, events at the Royal College of Physicians, an annual dinner for the Landscape Institute, a graduation ceremony at Leobaeck College, a 50th birthday party at the Reform Club, Pall Mall, and a corporate function at St. Stephen's Constitutional Club. They have played at most of the top London hotels as listed on the home page, and travel frequently to venues in greater London and the South East.

Recommendations
London Strings adds a touch of elegance to any occasion. Here are a few of the comments their clients have made:

"Our guests were full of praise for you and we received so many comments saying how much the quartet's performance added to the whole occasion - a real celebratory atmosphere." (Sarah & Steven Bellamy's wedding reception, July 2003)

"I would like to thank you and your colleagues for last Friday evening. Your playing added tremendously to the atmosphere and feeling of the event." (the Landscape Institute's annual dinner, June 2003)

"Many people commented on you and your playing, it added the ambience we were looking for to compliment Loseley Park." (Jenny & Jonathan Evans' wedding service & reception, May 2003)

"Thank you for making our wedding day all the more special with your performance at the Precious Blood Catholic Church. You sounded fantastic." (Karen & James Swain's wedding service, May 2003)

"Thank you for a magnificent performance on 13th December at the House of St Barnabas in Soho. Everyone thought your playing was wonderful." (YRM's Christmas party, December 2002)