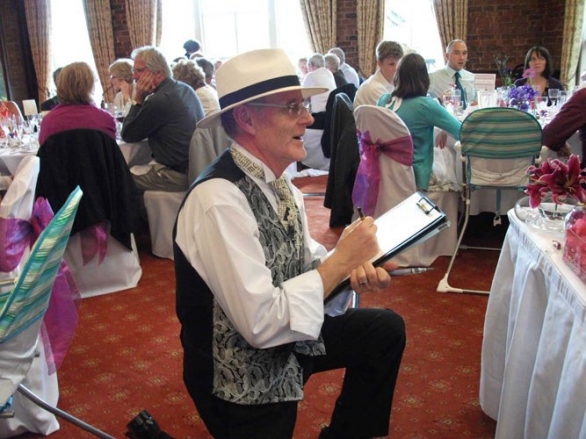 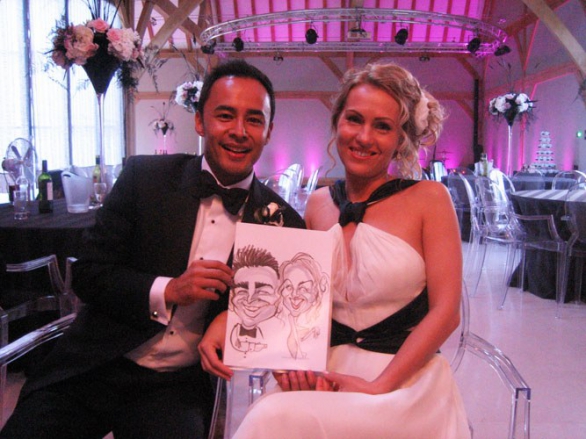 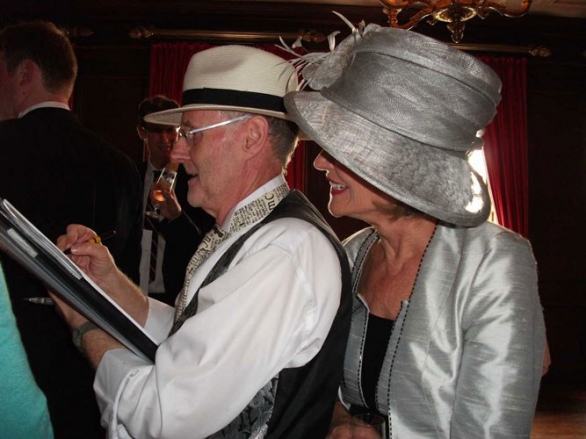 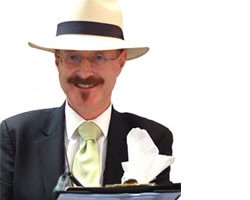 As an International Award* winning cartoonist and caricaturist, John Roberts' work is highly prized and has been published extensively.

Both the service provided by Alive Network and John Roberts was professional and...

“Both the service provided by Alive Network and John Roberts was professional and friendly. Our guests thought John Roberts was brilliant, he created a focus, broke the ice between our guests and made them laugh!”

An excellent booking service and reassurance given by Alive as to suitability an...

“An excellent booking service and reassurance given by Alive as to suitability and reliability of John Roberts. John added an extra wow factor to the party and was completely trouble free leaving me to enjoy the party and my guests to enjoy John’s skills. ”

Everything went smoothly and we really enjoyed the band (E2) who were just right...

“Everything went smoothly and we really enjoyed the band (E2) who were just right for the size of the venue. I think they were really pleased with the venue plus the acoustics I felt a bit sorry for them during their first session as not many people ventured on to the dance floor but it was a different story after the break and I had presented all the awards. As usual, everyone felt the night finished too quickly I have had quite a few emails from employees commenting on how much they enjoyed the evening. The caricaturists (John Roberts & Mike Bryson) went down a treat and we are creating a wall of fame at work Thanks for all your help. I will give you a call when we start to organise next years event. Regards Niall”

Dear Ingrid, Thanks for your message. Just to say that we really enjoyed havi...

“Dear Ingrid, Thanks for your message. Just to say that we really enjoyed having John Roberts at our stand at the SOLACE Conference, and his services were a great ice breaker with the audience. A few people asked me for his contact details at the event, so I hope that it was equally worthwhile for him. Best regards Linda Collins Marketing Communications Manager”

Hi Ingrid Would love to give you feedback. John Roberts was absolutely amazi...

“Hi Ingrid Would love to give you feedback. John Roberts was absolutely amazing! An absolute gentleman and a great caricaturist to boot. He worked non-stop all evening and must have been exhausted at the end. I didn't see him to say goodbye to, so please offer my thanks for such a brilliant evenings entertainment. Everybody was talking about him! Thanks again. Dave Brighouse”

Price from £491 + travel from Cheshire

Most Alive Network artists travel UK wide and internationally. Get a guide price instantly by clicking the 'get quote' button and entering your event date and location. Make an enquiry and we will liase directly with John Roberts to confirm price, availability, and the provide you with a confirmed quote.

“What? So you think this REALLY looks like me? YES?? Okay, well YOU have your caricature drawn and let’s all have a laugh!” - Comments typically overheard when John works at an event! With over 10 years’ experience as a live caricaturist/entertainer John has adapted his drawing skills to work in any situation drawing caricatures by ‘mix and mingling’ with your guests, or around the dining tables, exhibition stands, weddings etc. etc. etc. Hoots of laughter and applause (with a few crest-fallen egos!) abound as the party takes off! This is an opportunity for guests not only to take home a very personal memento of the occasion but also an ORIGINAL work of art! John has worked at both the Labour and Conservative Party conferences, Manchester United (two seasons) UEFA Champions League (three seasons), British Airways, BT, Coca-Cola, Ford, HBOS, Microsoft, O2, Orange, Virgin, United Utilities…. go on, add YOUR name to the list!!! John is a member of Equity and various world-wide cartoonist and caricature organisations. John has also received many awards including: * Second prize at 14th Dutch Cartoon Festival, Eindhoven, Netherlands 2001 * Fifth prize at 11th Daejeon International Cartoon Contest, Korea 2002 *The Excellent Prize, 24th Yomiuri International Cartoon Comp 2002 Testimonials for John Roberts, Caricaturist “Thank you so much for your time and efforts at Unilever last week. Everyone really enjoyed your caricatures; they created much laughter! We had a competition afterwards and two people correctly guessed all the faces behind the 95 caricatures produced - so they were obviously good look-a-likes!! Anyway, thanks again for cheering up the first full working week of 2006 - your caricatures were absolutely the right antidote to the "post Christmas blues".” Joanne Simpson, Unilever "May I just thank you for the brilliant job you did for us, everyone thoroughly enjoyed your performance and there were very many who were totally mesmerized by what you did! Ken & Susan Shore, son's wedding "I just wanted to drop you a line to say thank you for helping to make the recent South Liverpool Customer Service Awards such a success. The feedback we have received has been extremely positive and it looks likely that it could become an annual event. I would have no hesitation in recommending your services as a caricaturist to other corporate event organisers. Nick Hughes, Managing Director, JET South Liverpool Ltd. "John made a real impact at The Rank Group plc Christmas Party at the Hard Rock Cafe, London - he interacted with party participants always with good humour and put people at their ease whilst he drew them. The response from party goers was that they loved their drawings and took something home to remember the night by. We would highly recommend John - he's accommodating, excellent value, good company and a great artist!" Tracy Dudson, The Rank Group plc "Thanks for coming to the ball. Everyone loved the caricatures-you were probably the most popular entertainment we had!" Adam Walker, Sheffield University Ball "We would also like to say thank you very much for the great job you did for us! Our guests in the Champions Club at Old Trafford really liked the caricatures you drew of them and we think this new (for us) entertainment was very well received. We will certainly take into consideration doing this again next season. Thank you also very much for the great caricature you drew of our venue team. It looks fantastic and will be a great souvenir for us to remember the past UEFA Champions League season!" Cornelia Imfeld & the Manchester United UEFA venue team "I wanted to hire a caricaturist for our company Christmas party in order to try something different. After searching the internet for a suitable artist I came across the Mad Badger website and my decision was made. John went down a storm on the night and was one of the highlights of the evening, offering our guests a unique memento to take home with them. I will definitely be calling on his services again for future events". Matt Lenton Marketing Co-ordinator Countrywide Vehicle Management Ltd “What can I say, you were a star - it was a pleasure to have you there! (exhibition at ICC, Birmingham). People were constantly praising you and we couldn't have asked for more. I know how busy you were, you probably need a week off now! John, what can I say, Thanks a Million!” Lindsay Renwick, Marketing, Sysmex