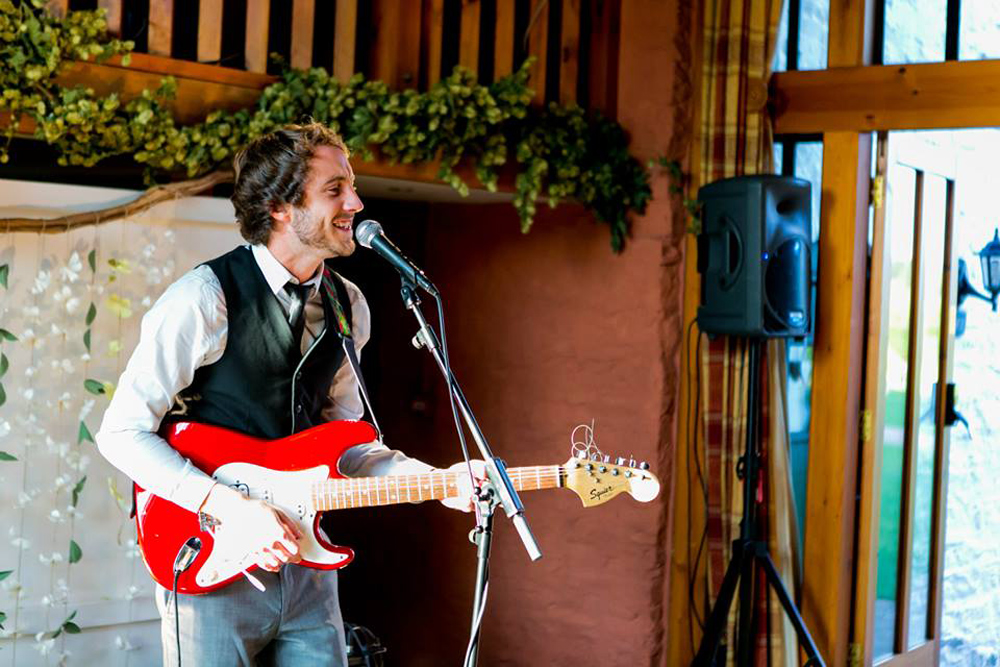 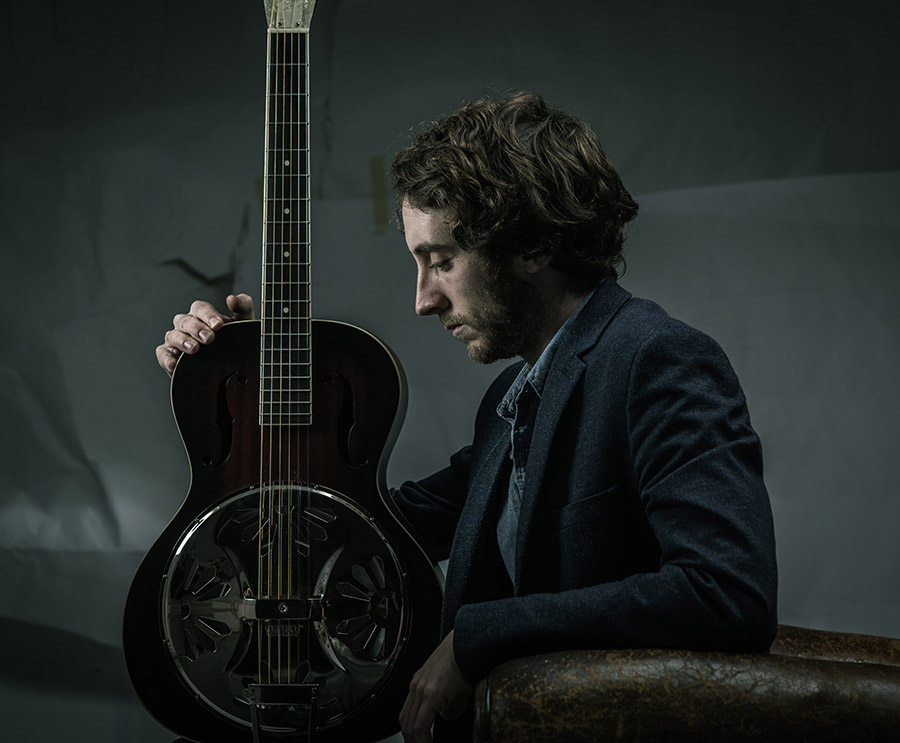 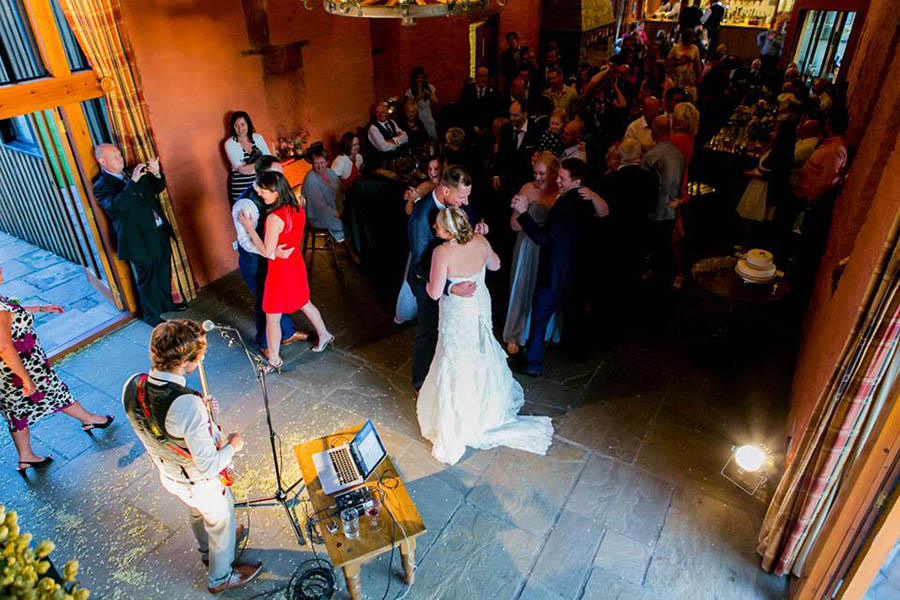 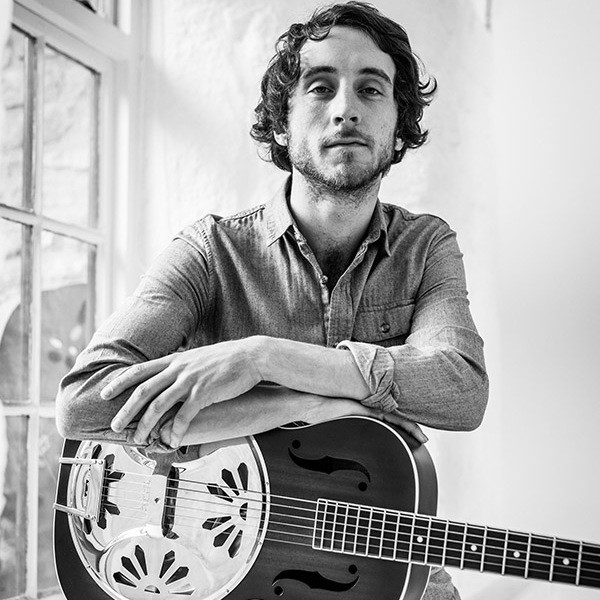 Professional singer/guitarist Joe William is a versatile musician who can tailor his performance to suit your event! Whether you want a fun filled, upbeat party atmosphere (complete with high quality backing tracks) or a relaxed acoustic backdrop, Joe has the skills & repertoire to compliment any occasion. Covering classics from The Beatles & Chuck Berry to the very latest Arctic Monkeys & Bruno Mars, Joe has previously held residences at some of the world's leading hotels & cruise liners! ...

Price from £252 + travel from Wiltshire

Most Alive Network artists travel UK wide and internationally. Get a guide price instantly by clicking the 'get quote' button and entering your event date and location. Make an enquiry and we will liase directly with Joe William to confirm price, availability, and the provide you with a confirmed quote.

Highlights
* Professional and versatile musician!
* Performing to backing tracks for an upbeat party atmosphere or completely acoustic for a relaxed musical backdrop!
* Extensive repertoire ranging through the years from The Beatles to Bruno Mars & more!
* Wealth of experience from holding residences at some of the worlds leading hotels & cruise liners to performing at Edinburgh Fringe Festival!

Please note: Joe does not accept work more than 12 months in advance.

Joe William is a young and vibrant solo guitarist and vocalist.

Since graduating from Paul McCartney’s University, the “Liverpool Institute for Performing Arts”, Joe has been involved in many different musical projects. He began working life as a resident musician in the then, newly opened, Tesoro Blu in Skala, Greece. He spent five months there working alongside Thomson and the hotel to create an entertaining programme of live music after which, Joe was asked to return again having most recently worked with Thomson in Egypt, in “Premier Le Reve”. Other projects include performing as part of a band in Verbier, Switzerland and the surrounding areas and touring original music across the UK and mainland Europe. As well as this, Joe has also obtained experience as a solo guitarist/vocalist aboard some of the worlds leading cruise liners that covered as far as Alaska to Australia, giving him a wealth of knowledge of performing in front of a highly varied audience. His versatile sets cater for all audiences.

Quiet, unobtrusive and everything we'd hoped for!

“We knew before Joe arrived that all would be well. An email, followed by a text when he thought he might be late (he wasn't) was very reassuring. That was half the battle, keeping us well informed. On arrival he quickly set up and got our 'background' music on whilst guests arrived. Followed later in the evening by a 'live' session with backing tracks, although he seems to be no mean artist on the guitar. We had a couple of ex-DJs and one very experienced ex-session musician there and they all remarked favourably on Joe's performance. He even did an extra 15 minutes without being asked, stopping for a chat afterwards. Thoroughly recommended.”

“Joe was brilliant from the outset, as we had to change the time of the performance due to the champions league final, he did this with absolutely no fuss and was extremely accommodating. Joe was very approachable before during and after his set. He formed a great rapport with the audience interacting and changing lyrics according to jokes that were going on and taking requests from the birthday boy. I would highly recommend Joe and he has a natural ability to converse with people, he was even kind enough to wear one of our festival wristbands. Thanks again Joe for your massive contribution to our fun festival.”

He was very popular on the night

“He was very popular on the night and in fact many customers wanted him to play longer. ”

A laid back set - perfect for our venue and vibe

“Joe was a big hit at our wedding, providing the perfect laid back beach vibes and tunes to dance to for those that wanted to kick up their dancing feet! He was a pleasure to deal with, spending time on the phone with us before the event to get the feel for his set and even learning a new song for our first dance. Thank you!”

Loved him!!!!!! Talented and kept us dancing all night!

“Joe was totally amazing! He has a great voice. From start to finish he played fantastic songs, kept us dancing and was a total professional. You can’t meet a nicer guy. Everyone at my party loved him.”