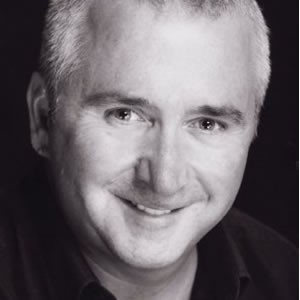 Harvey Oliver is new to the comedy club circuit but not new to comedy. As an actor, he has also appeared in many different TV shows including Only Fools and Horses.

“You managed to entertain every one of them equally.”

You managed to entertain every one of them equally.

“There were over 40 people at this event, all of different ages and backgrounds. You managed to entertain every one of them equally. Every single person approached me after the event with compliments of 'The Entertainer’ and how wonderful and talented he was. I would like to pass on my thanks for the wonderful job you did and would have no hesitation in recommending you to my friends and colleagues should they require a comedian.”

Most Alive Network artists travel UK wide and internationally. Get a guide price instantly by clicking the 'get quote' button and entering your event date and location. Make an enquiry and we will liase directly with Harvey Oliver to confirm price, availability, and the provide you with a confirmed quote.

Harvey Oliver is new to the comedy club circuit but not new to comedy. Under a different name he has been in the entertainment business for many years.

As an actor he has appeared in many different TV situation comedy's including Only Fools and Horses where he played the part of a stag comedian at Rodney Trotters stag night! However, having spent the last few years as a television studio warm-up comedian, warming up day-time shows as well as many of the top comedy shows, Harvey decided to get back in to stand-up comedy but with a difference.

Instead of doing the so-called mainstream circuit, Harvey decided to write a new act for the comedy club circuit. This meant going out and starting all over again by doing open spots. His first open spot at the Cosmic in Fulham led to a twenty minute paid spot. At Up The Creek, Malcolm Hardee booked Harvey for a paid twenty as a result of a storming open performed to the legendary Sunday night audience. Offers of paid work as a result of a great open also came from the Bearcat and Downstairs At The Kingshead.

Harvey's style can vary from loud and fast to just being downright honest about life and the entertainment business. (The sort of moaning and complaining that you hear in a dressing room). If ever you meet Harvey, just don't mention Docusoaps!