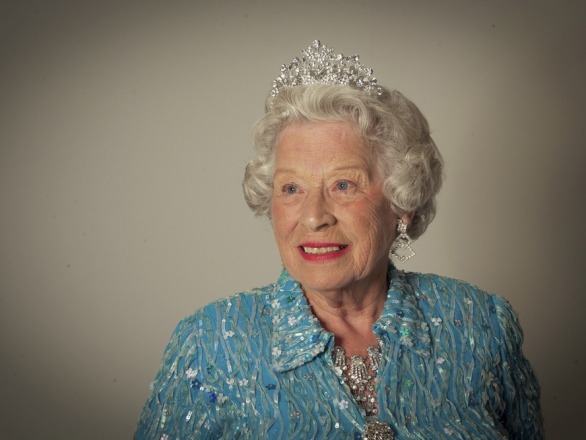 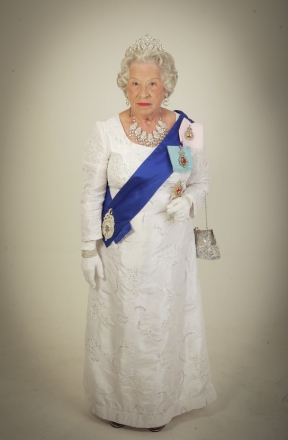 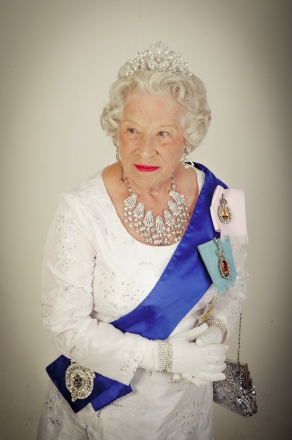 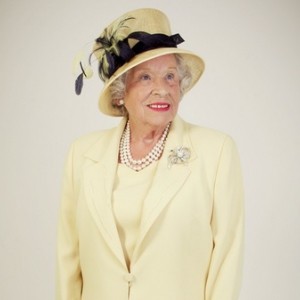 Patricia is a well established and professional Queen lookalike able to travel anywhere in the UK for a very reasonable price. She is available to mix and mingle as well as perform speeches on occasion.

Patricia's likeness to the Queen is uncanny and she was very professional.

“I was extremely satisfied with both Alive Network and HRH Queen Elizabeth II (Patricia Ford) in helping me arrange a truly amazing surprise for both my partner and our guests at my Civil Partnership Ceremony. From the outset my Alive Network Coordinator, Gemma, was very professional and helpful when I explained what I hoped to achieve on the day. Her assurances gave me every confidence that it would go smoothly on the day and she was very prompt at getting back to me each and every time I contacted her. HRH Queen Elizabeth II (Patricia Ford) was truly amazing and exceeded all expectations. Patricia's likeness to the Queen is uncanny and she was very professional, convincing, good humoured and carried off the role perfectly. Her speech delivery and timing was superb and she was immaculately turned out in all her finery. All our guests thought she was brilliant and did an amazing job. I cannot speak highly enough of her and would not hesitate to recommend her and Alive Network...”

From the first call to the arrival of HRH Patricia Ford, everything went very we...

“From the first call to the arrival of HRH Patricia Ford, everything went very well.”

Dear James, Many thanks for putting me in touch with Patricia Ford. We had a ...

“Dear James, Many thanks for putting me in touch with Patricia Ford. We had a great day yesterday. It was busy and fun! We got some fantastic reactions to Patricia dressed as the Queen. She was a pleasure to have out on the shoot and I really enjoyed working with her. Best wishes, Ailbhe”

Price from £1,305 + travel from Staffordshire

Most Alive Network artists travel UK wide and internationally. Get a guide price instantly by clicking the 'get quote' button and entering your event date and location. Make an enquiry and we will liase directly with HRH Queen Elizabeth II (Patricia Ford) to confirm price, availability, and the provide you with a confirmed quote.

Lookalike Mix and Mingle/ occasional public speaker for Corporate events; Parties; Weddings and many other events

Patricia began impersonating the Queen after strangers started commenting on her likeness to Her Majesty. Since then Patricia has worked at many different locations over the past 4 years. She thoroughly enjoys all she is asked to do, and tries her hardest to dress and act as impeccably as Queen Elizabeth II does.

Any kind of engagement is considered, at any distance.

Previously, Patricia has auditioned for the TV series Double Take; has appeared in a comedy sketch show on Welsh TV; has appeared on the recent Basement Jaxx CD.

Patricia appears at many different functions such as Champagne evenings, theme park occasions, charity openings and private parties.
You will find that Patricia is a very amenable, patient and cheerful 'Queen', happy to enhance your particular function.

Appearances
• Appeared in a sketch for Comic Relief with Bob Geldof in March 2007.
• Has made an exciting trial session for a new texting initiative.
• As Her Majesty The Queen Patricia celebrated the Golden Jubilee in Scotland, in a shopping mall.
• Opened a new library in Lancashire and read a speech.
• Opened local charity fetes.
• Patricia appeared on Stars and Their Doubles on both British and German TV in 2004 and 2005.
• Photographed in a comparison of Queen lookalikes by the Mail on Sunday newspaper.
• I have appeared on a recently released Basement Jaxx pop video, U Don't Know Me, and it is always available for viewing on YouTube.
• Opened an opticians in Tamworth on December 17th 2005.
• Entertained Lottery Millionaires when they had a celebratory weekend in London
• Greeted German business people when they came to London
• Opened a Champagne bar in the West Midlands
• Appeared at a Theme Park in West Wales
• Featured in a comic sketch on a Welsh TV show - MAWR
• Pictured by the Daily Mail on 10th March 2007 as a result of the publicity of the film The Queen
• A local radio station has interviewed Patricia.
• Given a speech to a local organisation on my life as a Queen lookalike.
• Appeared at the Virgin Megastore in Tottenham Court Road, London, in July to promote a new product for them.
• Patricia had the pleasure of being invited to several private parties recently, as a surprise guest, perhaps to congratulate people on their retirement.
• Made a TV commercial in Mexico at the end of August 2007.
• Opened the new Travelodge in Windsor on August 30th 2007, and made a lighthearted sketch of Her Majesty having had one glass of Champagne too many - it should be on YouTube later.
• Has been featured in two magazines recently - a South African issue of Marie Claire, and an American magazine called People.
• Opened the new branch of an estate agent in the Midlands.