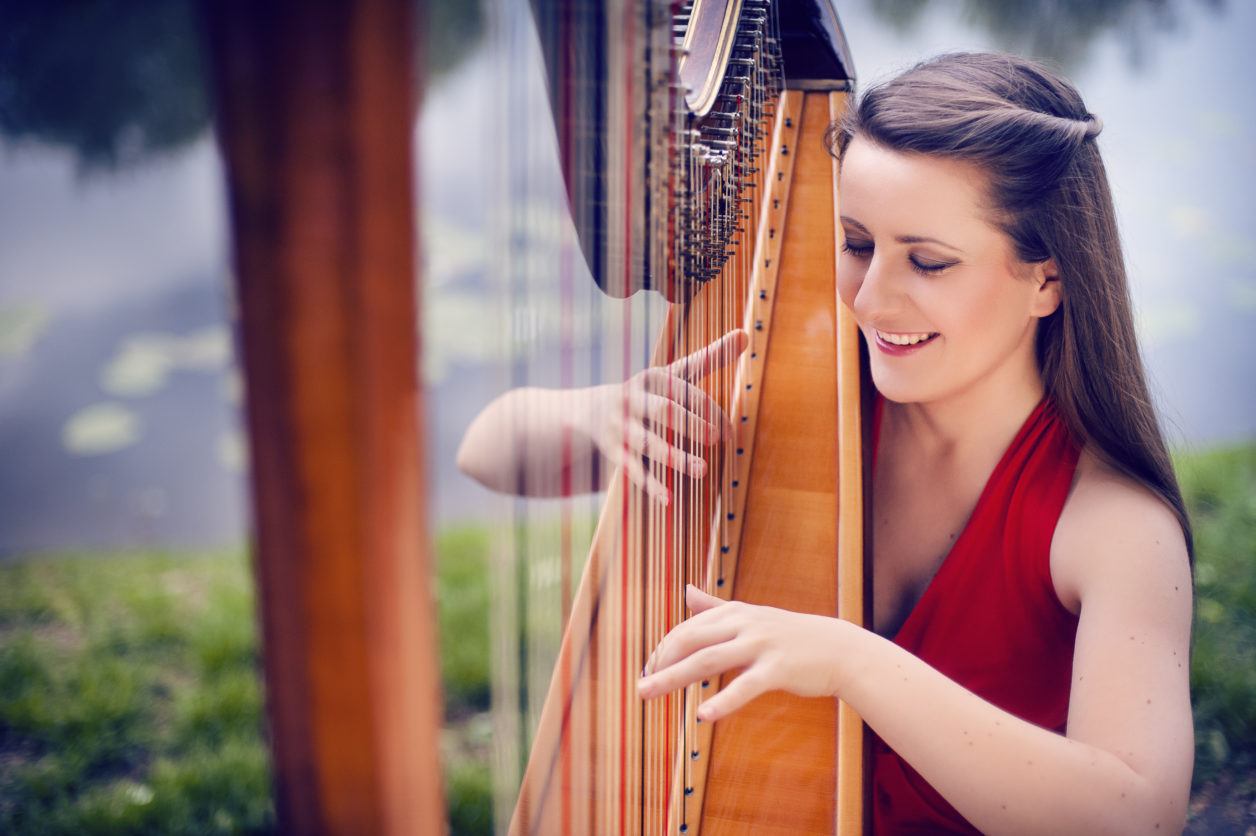 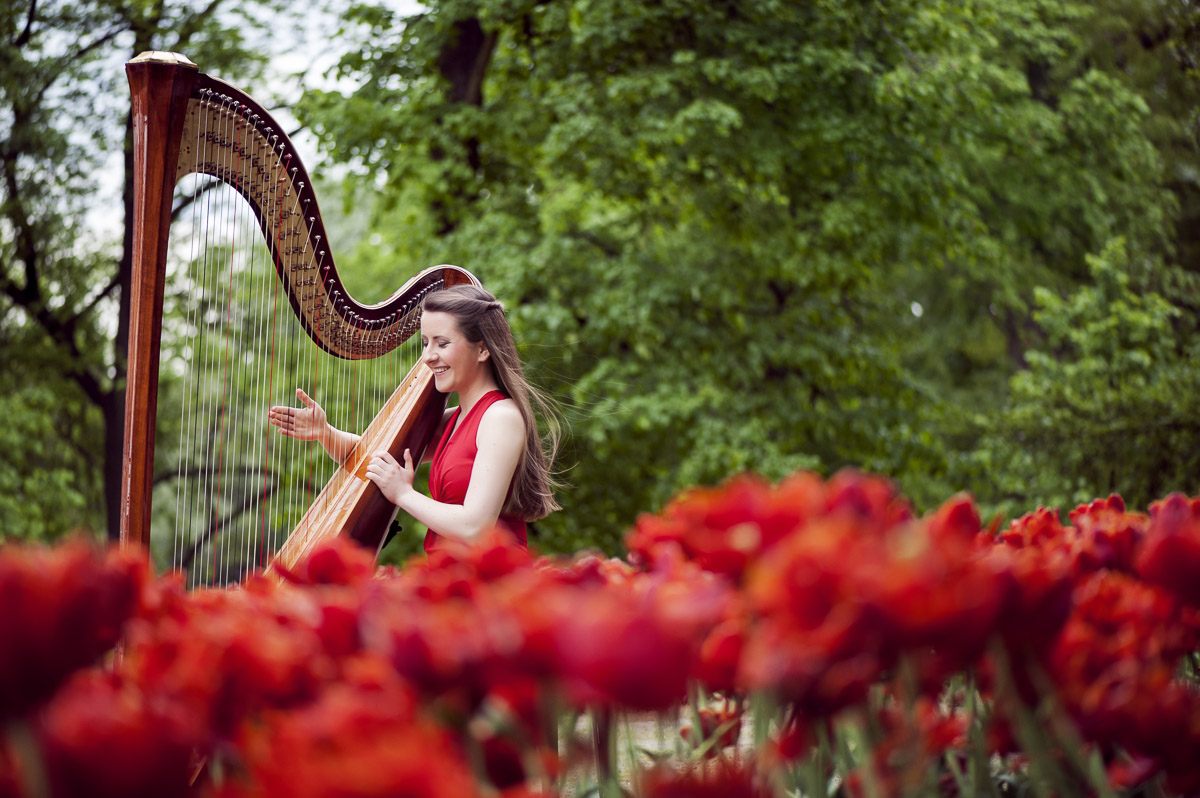 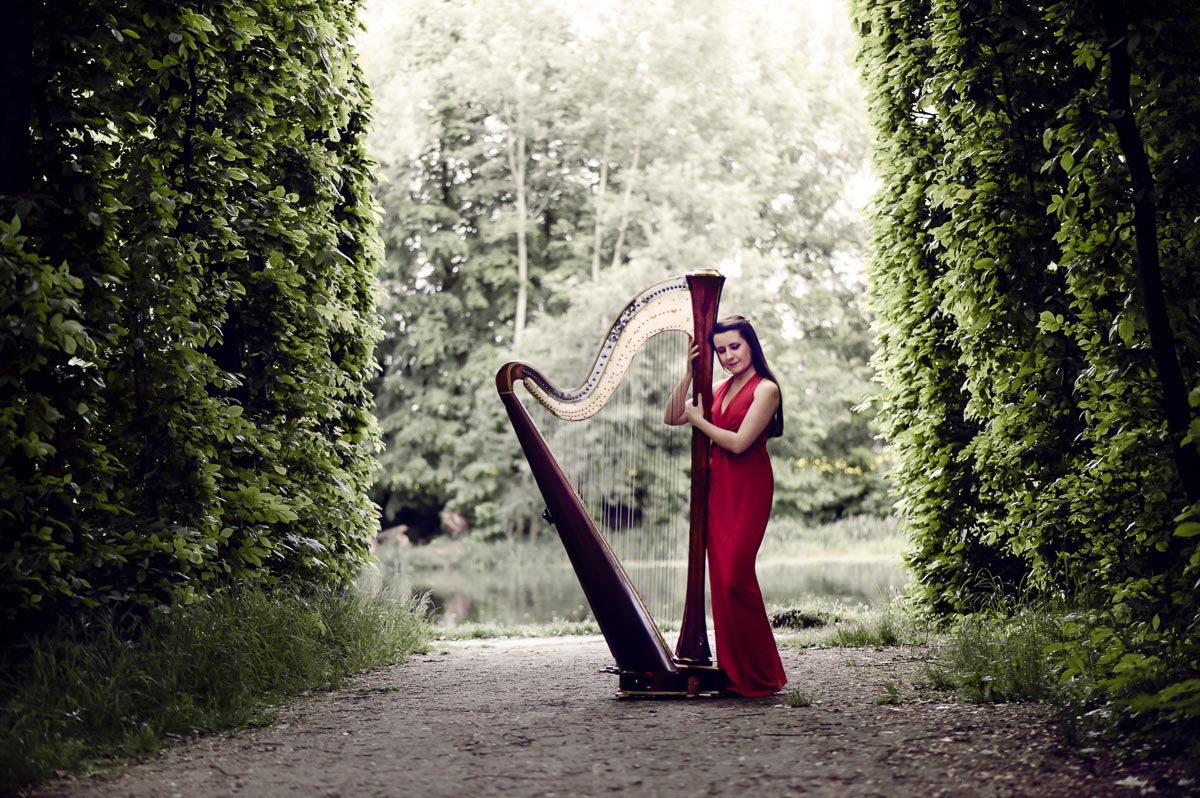 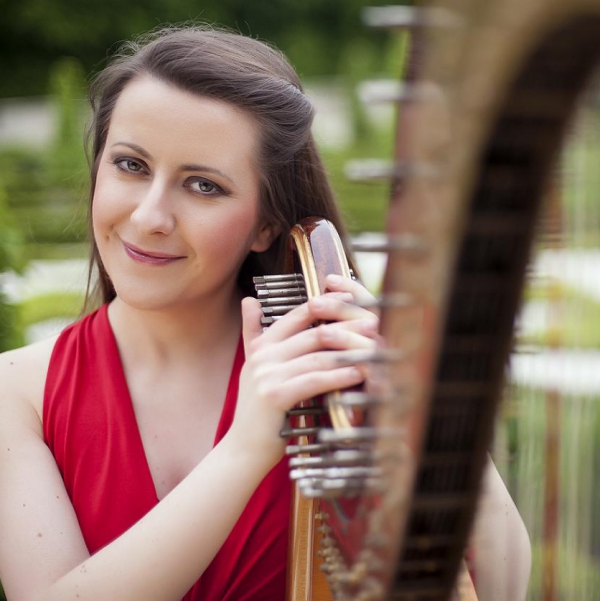 The Edinburgh Harpist is a professional harpist specialising in beautiful music for weddings, corporate events, private parties, drinks receptions and more. Covering music from classical to contemporary to folk and traditional, the Edinburgh Harpist provides something for all occasions.

Songs from TV, Films, Shows and Jazz
Aladdin - A Whole New World
Andre - Dream A Little Dream Of Me
Armstrong, Louis - We Have All the Time in the World
Armstrong, Louise - What a Wonderful World
Beauty and the Beast - Beauty and the Beast
Braveheart - For the Love of a Princess
Brubeck/Desmond - Take Five
Carmichael - Georgia on My Mind
Carousel - You’ll Never Walk Alone
Cats - Memory
Cinderella - A Dream Is A Wish Your Heart Makes
Deer - Hunter Cavatina
Ellington - Don’t Get Around Much Anymore
Finian’s - Rainbow Look to the Rainbow
Frozen - Let It Go
Funny Girl - People
Gershwin - Embraceable You
Gershwin - I Got Rhythm
Gershwin - Love Walked In
Gershwin- Oh, Lady Be Good!
Gershwin - Someone to Watch Over Me
Ghost - Unchained Melody
Gone with the Wind - My Own True Love (Tara theme)
Guglielmi - La Vie en Rose
Hudson - Moonglow
Ice Castles - Looking Through the Eyes of Love
I Do, I Do - My Cup Runneth Over
Jesus Christ Superstar - I Don’t Know How to Love Him
Jones - At Last
Love Actually - Glasgow Love Theme
McLaughlin, John - So Close
Melua - The Closest Thing to Crazy
Metheny, Pat - Letter from Home
Miller - Moonlight Serenade
Mission - Gabriel’s Oboe
Nat King Cole - When I Fall in Love
New Faces - A Nightingale Sang in Berkeley Square
No, Nanette - Tea for Two
Once - Falling Slowly
Phantom of the Opera - All I Ask of You
Phantom of the Opera - Music of the Night
Phantom of the Opera - Think of Me
Porter - Every Time We Say Goodbye
Rodgers - Bewitched, Bothered, Bewildered
Rodgers - My Funny Valentine
Romberg - Softly, As In a Morning Sunrise
Romeo and Juliet - Kissing You
Schindler’s List - Main theme
Shrek - It Is You (I Have Loved)
Simone, Nina - My Baby Just Cares For Me
Sinatra - Fly Me to the Moon
Sinatra - Moon River
Sinatra - Where or When
Sinatra - Strangers in the Night
Sinatra - The Way You Look Tonight
Snow White - Some Day My Prince Will Come
Wizard of Oz- Somewhere Over the Rainbow

Contemporary
Adams, Bryan - Everything I Do (I Do It for You)
Aerosmith - I Don’t Want to Miss a Thing
Corinne Bailey Rae - Just Like a Star
Burt Bacharach - Do You Know the Way to San Jose
Burt Bacharach - What the World Needs Now (Is Love)
Burt Bacharach - Raindrops Keep Falling on My Head
Beatles - Across the Universe
Beatles - All My Loving
Beatles - And I Love Her
Beatles - Let It Be
Beatles - Norwegian Wood
Beatles - Yesterday
Clapton, Eric - Tears in Heaven
Cohen, Leonard - Hallelujah
Coldplay - Clocks
Coldplay - The Scientist
Coldplay - A Sky Full of Stars
Coldplay - Something Just Like This
Coldplay - What If
Coldplay - Yellow
Daft Punk - Get Lucky
Dion, Celine - My Heart Will Go On
Dylan/Adel - Make You Feel My Love
Einaudi - I Giorni
Elton John - Can You Feel the Love Tonight
Goulding, Ellie - How Long Will I Love You
Goulding, Ellie - Love Me Like You Do
Enya Tea - House Moon
Enya - Watermark
Houston, Whitney- I Will Always Love You
Johnson, Jack - Better Together
John Legend - All of Me
Jones, Norah - Come Away with Me
MacBroom, Amanda - The Rose
Mars, Bruno- Marry You
Paul Simon - Bridge Over Troubled Water
Perri, Christina - A Thousand Years
Elvis Presley - Can’t Help Falling In Love With You
Sheeran, Ed -Thinking Out Loud
Snow Patrol- Chasing Cars
Stevie Wonder - Isn’t She Lovely
Sting - Fields of Gold
Stewart, Rett - You Belong to Me
Frankie Valli - Can’t Take My Eyes Off You
Williams, Robbie - Angels
Williams, Robbie - She’s The One
Westlife - You Raise Me Up

Price from £385 + travel from Edinburgh

Based on 1 person performing up to 2 hours (with breaks)

Most Alive Network artists travel UK wide and internationally. Get a guide price instantly by clicking the 'get quote' button and entering your event date and location. Make an enquiry and we will liase directly with Edinburgh Harpist to confirm price, availability, and the provide you with a confirmed quote.

She has recorded with Polish Sinfonia Iuventus Orchestra (under Krzysztof Penderecki), Baltic Youth Philharmonic (under Kristjan Järvi), Pan-European Philharmonia and broadcast on BBC Radio 3 for the Total Immersion series dedicated to the music of Heitor Villa Lobos.

The Edinburgh Harpist plays on a beautiful Horngacher harp thanks to the generous support of the Abbado Young Musicians Trust and the Loan Fund for Musical Instruments. Her studies at the Guildhall School of Music and Drama were kindly supported by the Leverhulme Trust.