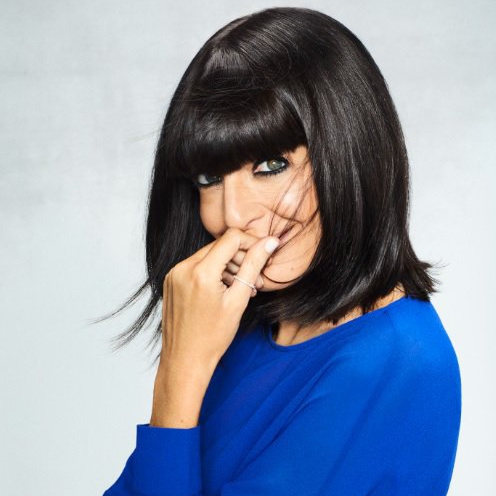 Claudia Winkleman is an award winning and BAFTA nominated presenter who is one of the most in-demand television hosts today. Combining mainstream appeal with her own brand of wit, she is the perfect host for any event, from large scale awards to more boutique affairs.

“She had them eating out of the palm of her hand from the very start.”

She had them eating out of the palm of her hand from the very start.

“Thanks so much...Claudia was really great, she really did pull it off brilliantly! She had them eating out of the palm of her hand from the very start. I thanked her on the night, but please convey our most sincere thanks to her again.”

We are all over the moon, it was a great night!

“We just wanted to say a huge thank you on behalf of everyone at Vue to Claudia – the best host ever. We are all over the moon, it was a great night! Everyone was delighted and we think she is fantastic.”

Most Alive Network artists travel UK wide and internationally. Get a guide price instantly by clicking the 'get quote' button and entering your event date and location. Make an enquiry and we will liase directly with Claudia Winkleman to confirm price, availability, and the provide you with a confirmed quote.

Claudia Winkleman is an award winning and BAFTA nominated presenter who is one of the most in-demand television hosts today. Combining mainstream appeal with her own brand of wit, she is the perfect host for any event, from large scale awards to more boutique affairs.

Claudia presents BBC shows Strictly Come Dancing and The Great British Sewing Bee.  She has recently taken over as the voice of Sunday nights on BBC Radio 2.  She also writes a new weekly style column for The Sunday Times, having previously written for The Independent and The Evening Standard.

When not discussing the latest Hockney exhibition or chatting about Spielberg’s most recent offering, Claudia loves nothing more than a twirl with Len Goodman. This had the potential to be quite awkward, so thankfully for all concerned the BBC devised Strictly Come Dancing.  In 2014, she joined Tess Daly to host for the main show. Prior to this, Claudia indulged her love of fake tan hosting Strictly Come Dancing: It Takes Two on BBC2, getting all the behind the scenes gossip. She also hosted The People's Strictly, opening up the members of the public for the first time ever.

In 2015, Claudia appeared on BBC 1's Watchdog to give an exclusive interview to Chris Hollins about her daughter Matilda's accident and to highlight fire safety issues surrounding children's fancy dress costumes.

Claudia is a huge supporter of Comic Relief and for the last few years has been one of the main presenters for both Red Nose Day and Sport Relief. Rather handily, in 2009, Comic Relief decided they needed more sequins and dancing in their campaign so called on Claudia’s knowledge of a ‘fleckle’ to host the first two series of Let’s Dance for Sport Relief and Comic Relief. For Red Nose Day 2015, Claudia hosted the first ever Comic Relief Danceathon. 2013 saw her gamely stepping into the tent to take part in The Great Comic Relief Bake Off.  After a few soggy bottoms it became apparent that baking may not be Claudia's thing, however undeterred she branched off in a different direction of homemaking to present the brand new series The Great British Sewing Bee for BBC2. The fourth series began in 2016.

Having presented the Sky Premiere coverage of both the Golden Globes and the Academy Awards it could be easily said that Claudia loves nothing more than dancing and films. This is true. However over the years she has presented many other things, some on TV and some on radio.

Claudia has presented the prestigious GQ Food & Drink Awards and the Glamour: Women of the Year Awards. In 2015 she won Presenter of The Year with Strictly co-host, Tess Daly.  Alongside her Glamour Award, Claudia scooped up a Royal Television Award for Best Presenter and was nominated for a BAFTA with Strictly Come Dancing.

Claudia graduated from Cambridge University with an MA Honours in History of Art. She lives in London with her husband and three children.