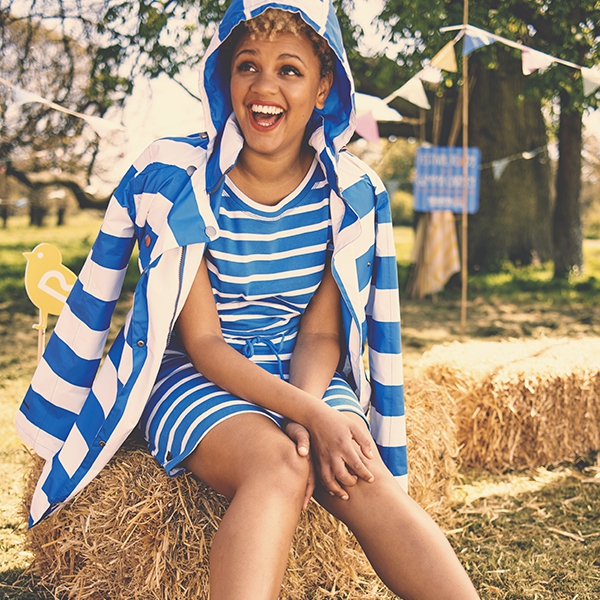 Gemma Cairney presents BBC Radio 1’s Social Action Show, The Surgery and has authored a number of award-winning radio and television documentaries. Great for motivational speaking, presenting and awards hosting, she will make any corporate event entertaining and engaging for all!

Most Alive Network artists travel UK wide and internationally. Get a guide price instantly by clicking the 'get quote' button and entering your event date and location. Make an enquiry and we will liase directly with Gemma Cairney to confirm price, availability, and the provide you with a confirmed quote.

After The Brit School and a brief stint in fashion during her early 20s, Gemma’s unique, infectious broadcasting style was swiftly spotted by the BBC. She graduated from BBC’s 1Xtra, alongside Trevor Nelson, to Radio 1. Prior to her current show, she hosted the early Breakfast Show and the Weekend Breakfast Show.

Gemma radio documentaries include: Dolly, Dylan or Daft Punk (BBC6 Music), What the F: the Story of Feminism; Never Mind The Cobblers: The Rock ‘n’ Roll Cobbler, and Mali Music, which saw her travel to Mali to discuss the country’s music ban and interview its emerging stars. Tempted by Teacher and Bruising Silence (BBC Radio 1) have seen her awarded two Sony Golds. Her interview of Grace Jones for Amazing Grace (BBC 6 Music) won the Best Music Show Rose d'Or.

Her acclaimed television documentaries include: The History of Feminism (BBC2, BBC Learning), Riots: The Aftershock and Dying for Clear Skin (BBC3). Gemma has presented the BBC’s Glastonbury Festival coverage and co-hosted BBC1’s New Year’s Eve coverage which had more than 12 million viewers.

In 2014 she made royal history by hosting a live Google hangout from Buckingham Palace for The Queen’s Young Leader project alongside HRH Prince William and HRH Prince Harry. She also co-produces internet entertainment show, The Fox Problem.

As an ambassador for Oxfam, Gemma recently raised over £33,000 for Oxfam’s Rumble in the Jumble celebrity jumble sale and also lends her support to Women’s Aid.

Gemma’s debut book, OPEN: A Toolkit for How Magic and Messed Up Life Can Be was published in 2017 and launched it by touring the UK on an open-top bus!

Great for motivational speaking, presenting and awards hosting. She will make any corporate event entertaining and engaging for all!