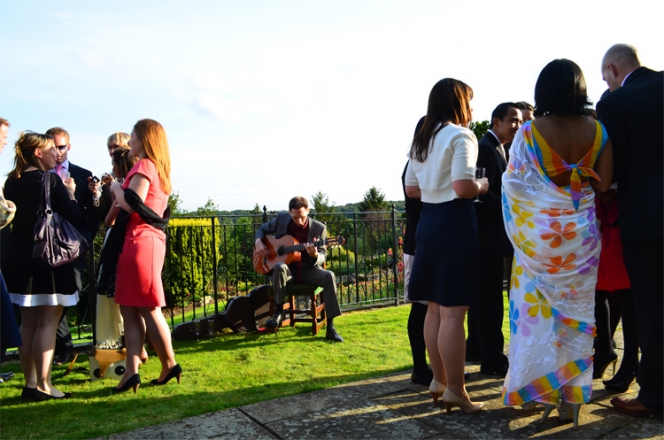 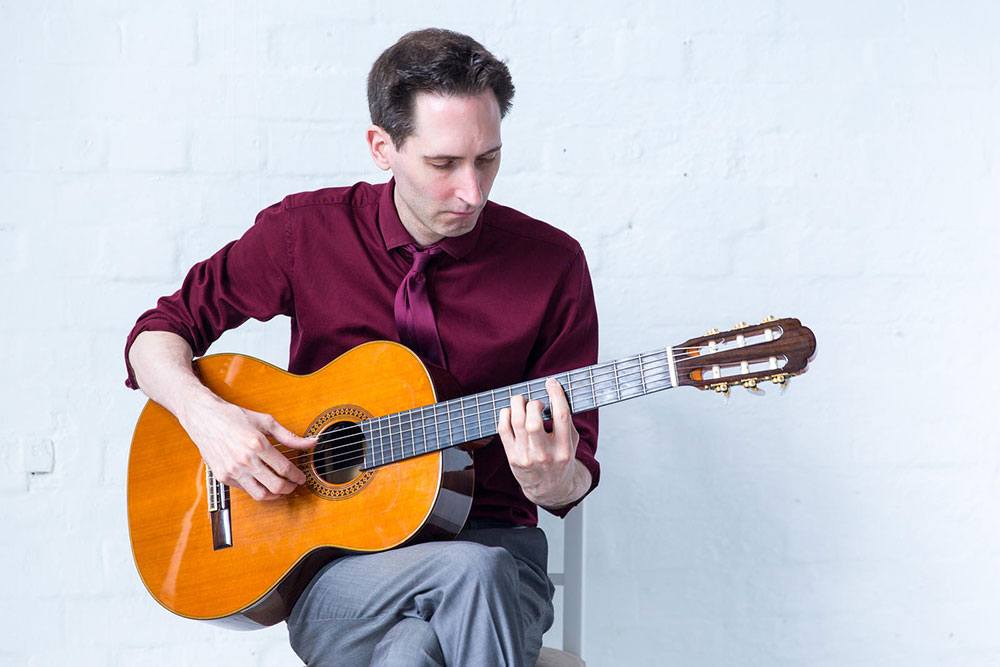 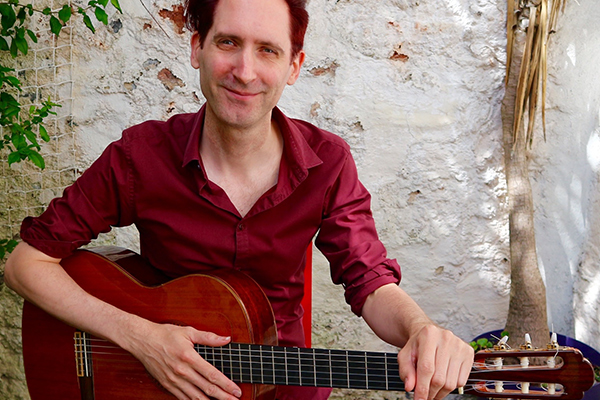 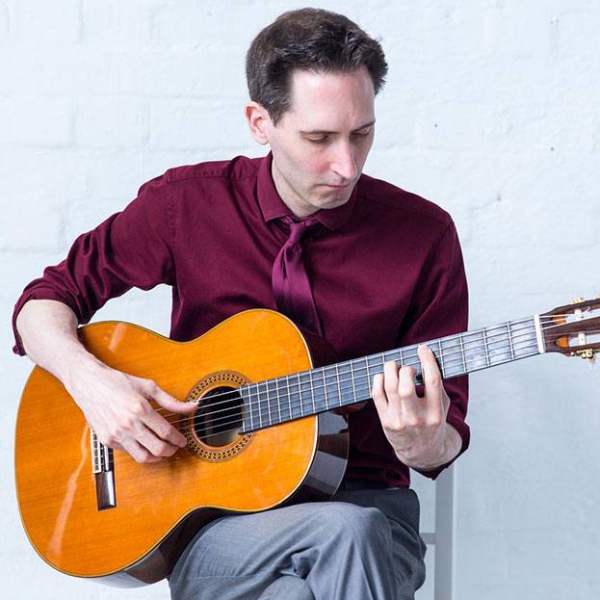 Chris is a highly experienced classical guitarist with over 20 years of experience. His playing style is suitable for many kinds of event where you may require romantic and soothing Spanish and South American sounds, and/or traditional flamenco.

“Just what we wanted for the party”

Just what we wanted for the party

“Chris was perfect and the music was just what we wanted for the party on Saturday night. He communicated with us direct in the weeks before the party. 5 stars all the way. Thank you for all your help.”

“Beautiful guitar playing. Chris was extremely professional and made the whole ambiance of that part of the day amazing. So thank you so much.”

Great guitarist and a lovely man

“Chris played at our wedding in Cotswolds and it was just great. Not only Chris learned couple of additional pieces and played them really well, he performed with my friend and rehearsed with her over Skype before the event. He was also punctual, always responding in good time, very forthcoming and just a nice person to deal with. Everyone loved it! I also loved walking down the aisle to the sounds of Chris's guitar. Very emotional. Thank you Chris!”

Couldn't have been more perfect!

“Chris performed at our wedding during the ceremony and drinks reception and it couldn't have been more perfect! He helped to make our day so special. He is very professional, friendly and approachable. He went above and beyond, learning new material just for us, to make our day perfect. We can't thank him enough and highly recommend him to everyone! If you book Chris for your wedding or any other event, you certainly won't be disappointed. Thank you so much, Chris.”

I would book him again!

“First and foremost, Chris's playing abilities were great as many of our family also play guitars I was keen to have someone accomplished. He played at my birthday party in a nice hotel alongside afternoon tea and many guests said how lovely it was. I would book him again. He was helpful, answered emails on time, was pleasant and I am thinking about when I can have another party so I can get him to come and play!”

Price from £195 + travel from Gloucestershire

Most Alive Network artists travel UK wide and internationally. Get a guide price instantly by clicking the 'get quote' button and entering your event date and location. Make an enquiry and we will liase directly with Chris Bourne to confirm price, availability, and the provide you with a confirmed quote.

Highlights
* Extensive repertoire performed from memory
* Offers performances of traditional flamenco, classical pieces by Spanish and South American composers, popular classical or a mix of any of the above
* 20 years of performance experience
* Fully self-contained with PAT tested amplification and public liability insurance

For your event, you can choose between a performance of music purely by Spanish composers (including flamenco), and/or performance of popular classical pieces or a combination of the above.

Chris started playing guitar aged 13 and studied blues, classical, rock and jazz before training at Goldsmiths College London achieving a BMus Honours Degree and an MMus Masters Degree in Studio Composition. He now has 20 years of performance experience in a variety of musical contexts.

Chris’s education and musical versatility have enabled him to forge a career as a performer, composer, and teacher. As a composer, Chris’ music theatre works have been performed to critical acclaim at the Edinburgh Fringe Festival and his film soundtracks have been shown at numerous international film festivals. As a professional guitar teacher, Chris teaches all styles of music, composition, and music theory. As a performer, Chris currently can be seen as a solo Spanish guitarist and as the lead guitarist in a Blues/Americana/Soul band.

Bristol-based, Chris travels to perform throughout the South West, the South East, the Midlands, and South Wales. He is always punctual, well presented, and thoroughly professional.