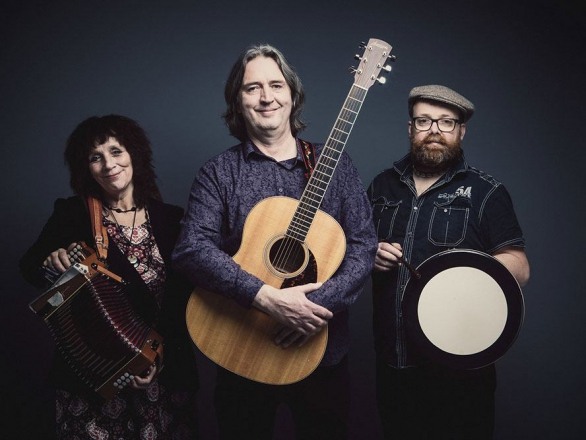 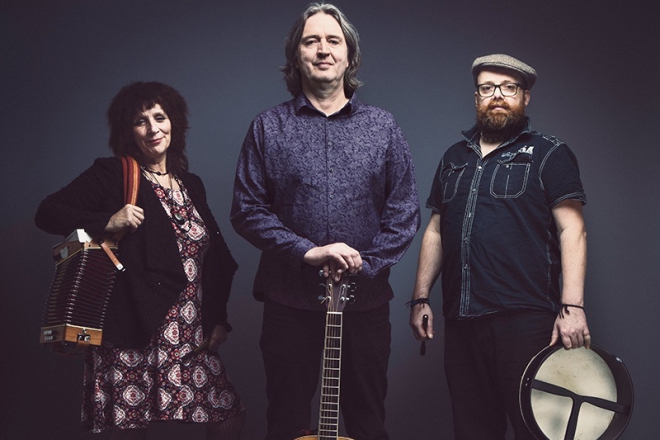 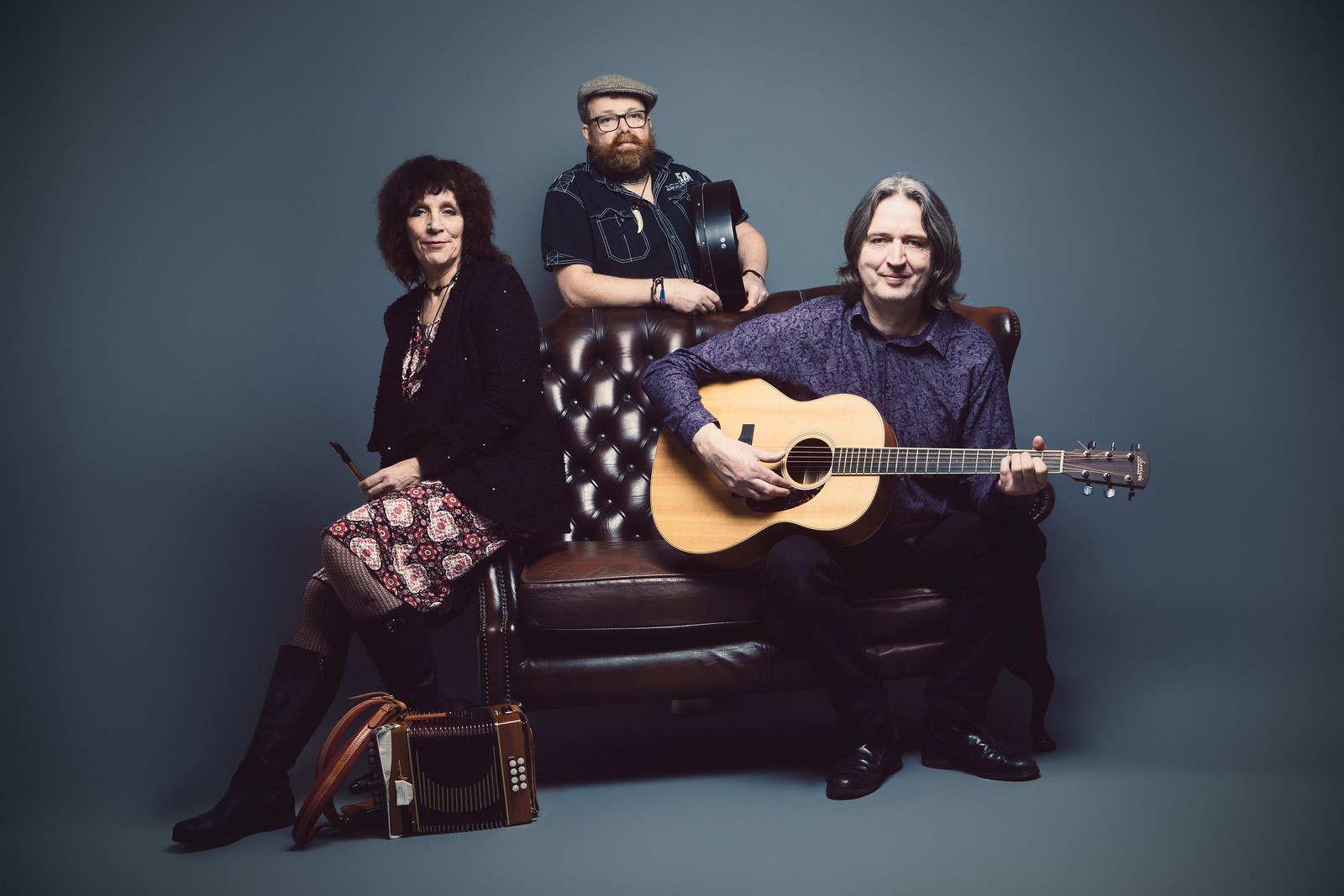 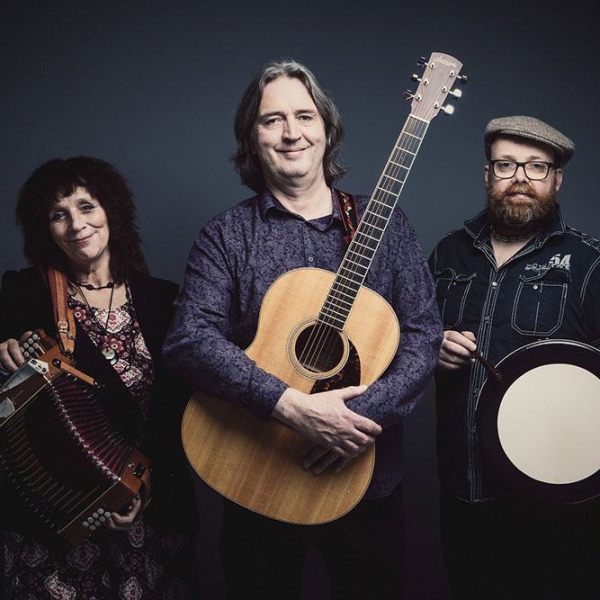 A lively group of musicians including a Brit Award and Mercury Music Prize nominee. Arty’s Party play Irish singalong standards. You can dance the night away to the ceilidh calling dance tunes such as the Seige of Ennis, the Gay Gordons, Strip the Willow.

“The Irish band of choice for wedding celebrations. First class in every way. Fast, slow, traditional Irish music in every way. This band is professional in every way and masters of their music. We will recommend them to all of our friends.”

“It was excellent full complements to group”

True Irish experience and a good band too,

“The band were absolutely fantastic. Originally we had only booked 3 piece band but before our wedding we added a percussionist and that was offered by the band and it made all the difference. They are absolutely brilliant band, great music and even let one of our wedding party sing with them. They looked like the were having a great time playing together and after the last year and covid disruptions you wouldn’t think they had not played together that recent. If you’re think of having a little traditional Irish trad band for your wedding or for any event definitely go with this band they were exceptional”

The Craic was good in Winchester!!

“We had a great night, Artys Party were worth every penny. They had everyone up dancing and singing to the famous tunes. The caller was fantastic considering we were pretty useless at following his instructions. Would definitely recommend them and would hire them again without a doubt. Booking was so easy online and they kept in touch all the way, Thank you for making our wedding reception so memorable. Berni and Dave”

“From booking to the event, Padraig was superb. He was so helpful in helping us throughout. On the night itself the band were absolutely fantastic - they really got the party going. I have no hesitation in recommending them!”

Price from £674 + travel from Swansea

Most Alive Network artists travel UK wide and internationally. Get a guide price instantly by clicking the 'get quote' button and entering your event date and location. Make an enquiry and we will liase directly with Artys Party to confirm price, availability, and the provide you with a confirmed quote.

To learn song not on our setlist, provide it is suitable and enough notice is given.

Highlights
Fronted by Belfast singer songwriter Padraig, Arty’s Party deliver a genuine Irish sound with an eclectic mix of traditional, contemporary & original songs.
The bands key ingredients of outstanding musicianship, warm wit & uniquely Irish party spirit are the perfect recipe to infuse any special occasion with the authentic flavours of the Craic.
Line up to accommodate everything from large Festivals/Corporate Events, to Weddings & private party’s and more intimate settings such as Home/Parlour Parties.
The Band can play totally acoustic for that Irish pub session feel.
The band can wander around your guest tables serenading them with the Irish Craic.
Full Calling and Ceilidh option, they'll make sure everyone gets on their feet and enjoy the Craic with dances such as strip the willow, the Gay Gordons and the Seige of Ennis.

About Arty’s Party
Padraig lalor - Singer/Guitarist
Padraig was born in Belfast. He lived his formative years in the 1970s against the backdrop of the troubles in Northern Ireland. He worked as a freelance journalist in the 1980s; becoming Northern Irish correspondent for the Irish Post, before gaining a Scholarship to Ruskin College Oxford. It was in Oxford he formed the Traditional Irish band Arty's Party and started writing songs in the late 1990s.  A fascination with his country's musical history and a love of the stories that permeate its culture, bring an engaging authenticity to his songs. Capturing the passion and contradiction of the people and places of Belfast has seen Padraig earn the reputation of a modern day Seanachaí. Not surprising perhaps, that he lists both the great Irish Tenor Josef Locke, and Belfast's Kathleen Largey amongst his key musical influences.

Greig Stewart - Drummer/Percussionist
A founder member of the internationally renowned Guillemots and both a Brit Award and Mercury Music Prize nominee. Greig and Padraig became friends and musical collaborators in Oxford in 1997 before Greig moved to London to become a core member of the Guillemots. Greig was both Percussionist and co-writer helping the band enjoy significant single and album chart successes, and touring globally. Greig has appeared alongside the likes of Rufus Wainwright, Snow Patrol, KT Tunstall, The Script, Beck, Morrissey, REM, Travis and even with a full orchestra at the BBC Electric Proms. Re-united with Padraig in 2013, Grieg’s characteristically innovative style and fluid rhythms form the bands heartbeat.

Gill O’ Shea- Whistles/Accordion/Melodeon
Gill has an Honours Degree in Music from Cardiff university. She sports an infectious sense of fun. Coupled with a unique whistle style and a genuine affinity towards Irish tunes, she quickly became an audience favourite. An ever present since 2002 she also plays squeeze boxes and was the band’s first female member. Living off the same Motorway junction as Padraig they also perform regularly as a duo.

What clients have said:
"Arty's Party provided the evening's entertainment at our wedding and were absolutely fantastic. They had everyone up dancing from the word go and all our guests had such a great time. Thank you so much for creating such a fun atmosphere and for helping to make our wedding the best day of our lives. Highly recommended!"
Danny Riding - 2017

"Padraig & Artys Party were absolutely brilliant. The music was great & it got everybody & up & dancing. All of my family & friends just can't get over how much "jigging" there was - Padraig is hilarious & is a really good link man to keep the party going!. I would have no hesitation in getting them back again for another do."
Angela Devon - 2017

"Just wanted to say a big thanks to Arty's Party for playing at Pat McDonald's farm last weekend! It went amazingly everyone enjoyed and they even humoured dad when he wanted to join in! Thanks a million. I would highly recommend Arty's Party they are brilliant musicians and know how to make a party great."
Anthony McDonald - 2017