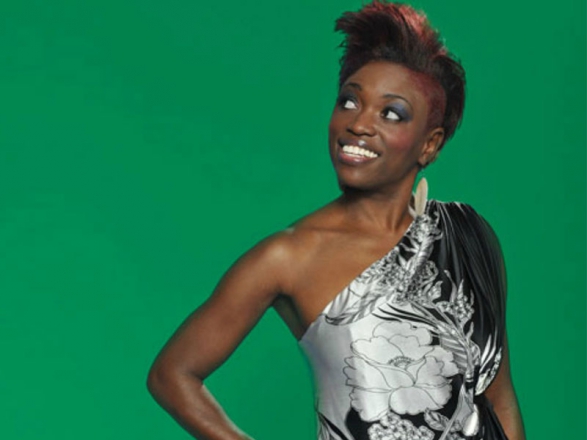 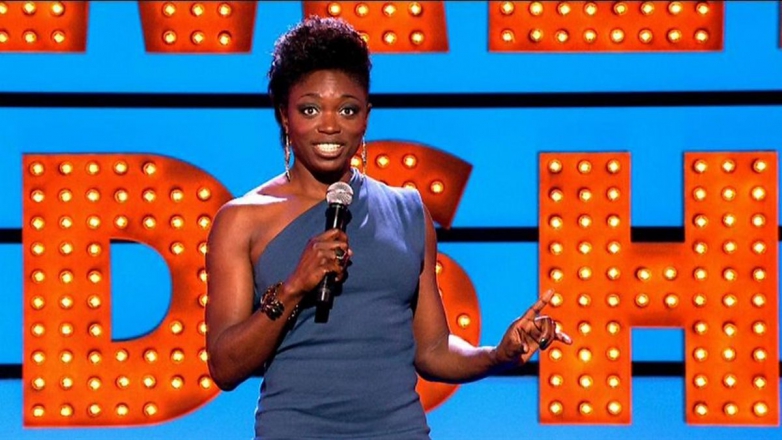 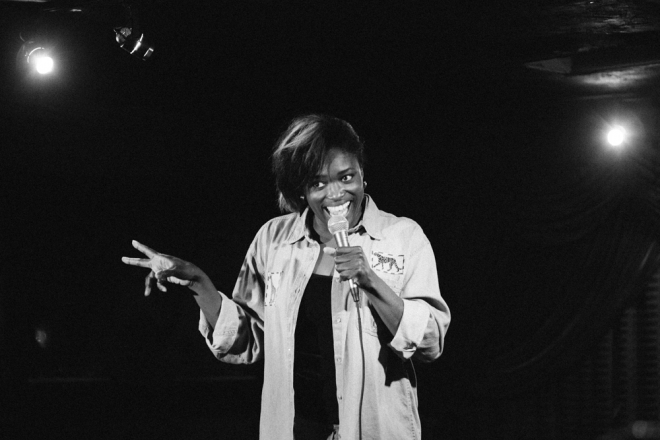 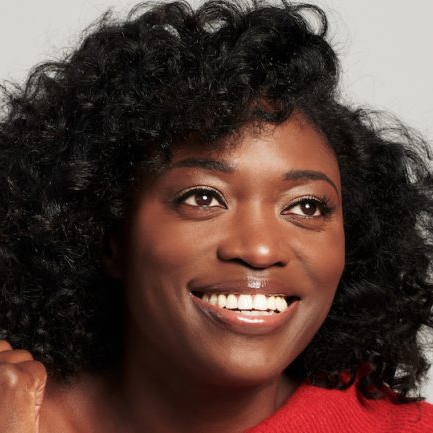 Andi Osho's humour zips from intelligent and sharp to downright silly in the blink of an eye as she delights audiences with recollections of her Nigerian background and life growing up in the East end.

“The show is reliably enjoyable.”

The show is reliably enjoyable.

“With this many gags and Osho’s trademark high-wattage good cheer radiating from the stage, the show is reliably enjoyable.”

Heart and wit chimes with her upbeat charisma and expressive delivery ...

“Heart and wit chimes with her upbeat charisma and expressive delivery ”

Most Alive Network artists travel UK wide and internationally. Get a guide price instantly by clicking the 'get quote' button and entering your event date and location. Make an enquiry and we will liase directly with Andi Osho to confirm price, availability, and the provide you with a confirmed quote.

Please note: Andi Osho's fee is POA but as a guide, offers will only be considered in the region of £6000 or higher. Serious enquiries only please.

Her humour zips from intelligent and sharp to downright silly in the blink of an eye as she delights audiences with recollections of her Nigerian background and life growing up in the East end.

In a short space of time, Andi has made a big impression on the comedy circuit, reaching the final of five major new talent competitions and winning the Nivea Funny Women Award in 2007, after only 4 months and just 40 gigs.

Since then, she has gone from strength to strength performing at top comedy venues including The Comedy Store, The Comedy Café, The Pleasance Dome, Jongleurs and The Hackney Empire and appeared on TV Comedy Shows such as Russell Brand and Friends, Comedy Lab plus her own E4 Show The Andi O Show, and co-hosting Tonightly with Jason Manford on C4 adding presenting to her talents.