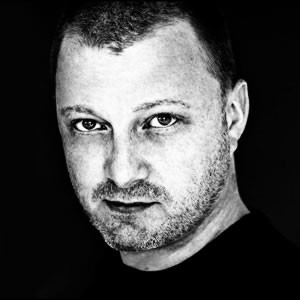 In the five years Adam has been performing, he has honed his act to perfection due to the diverse venues he has found himself in, be it a festival, a comedy club, or a corporate function, his act storms anywhere on the bill.

His snappy one-liners place him in good company with the likes of Diablo Cody an...

“His snappy one-liners place him in good company with the likes of Diablo Cody and Quentin Tarantino.”

Most Alive Network artists travel UK wide and internationally. Get a guide price instantly by clicking the 'get quote' button and entering your event date and location. Make an enquiry and we will liase directly with Adam Ethan Crowe to confirm price, availability, and the provide you with a confirmed quote.

Stand Up:
In the five years Adam has been performing, he has honed his act to perfection due to the diverse venues he has found himself in, be it a festival, a comedy club, or a corporate function, his act storms anywhere on the bill.

Adam is one of the few performers on the British comedy circuit that also works on the other side of the Atlantic. A recent two week run at America's world famous 'New York Comedy Club' earnt him rave reviews and secured him work at other clubs in the USA.

Television warm-up man:
Adam has covered the spectrum while heating up studio audiences, from coffin dodgers on 'Open House' with Gloria Hunniford, to the outlandish lager louts on Channel 5's 'Night Fever'.

No stranger to being on the other side of the camera himself, he has also appeared on The Warehouse, The Leaflet (Harry Hill), The Bill, Lovejoy and Casualty.

"You were bloody excellent! " - Karen Kopstick (Producer at Carlton Television)
"I can't believe you got them to laugh" - Gloria Hunniford (Presenter)

Presenter:
Adam has co-hosted a pilot for Channel One called 'After Midnight', had his own spoof Sunday slot for BBC Radio Cambridge, and presented a forum style interview with Griff Rhys Jones for Martin Cassini Productions.

Writer:
Having already achieved writing credits from B-Sky-B, Buena Vista and The BBC, Adam is currently in negotiation with one of the major broadcasting networks over two of his television ideas. Being a trained actor, he couldn't neglect the stage, in fact Sarah Decon of The Royal Court Theatre recommended that one of his plays 'Another Day At The Office', be reworked as a screenplay, consequently the final draft has just been completed.

At the 1997 Edinburgh Festival Adam wrote and performed the surprise sell-out hit 'The A-Z of Comedy', with songs by Mitch Benn.