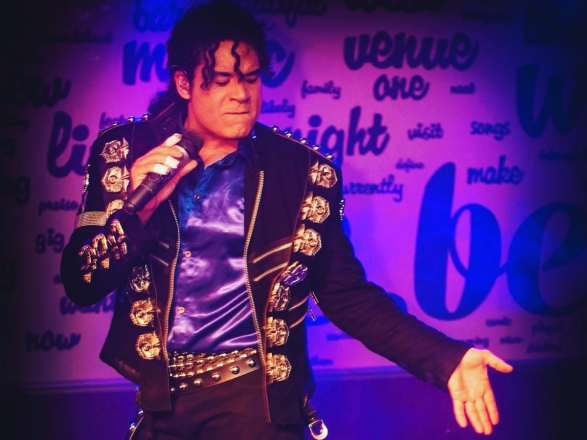 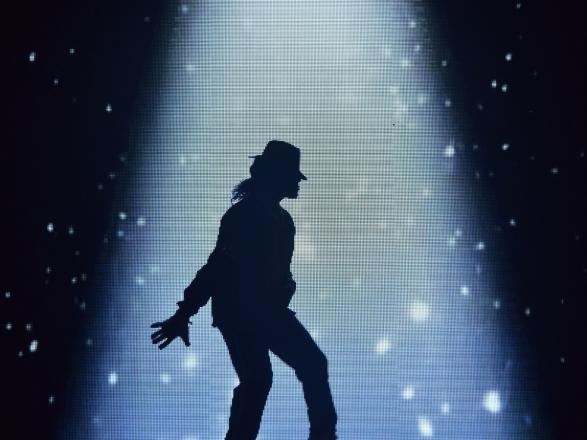 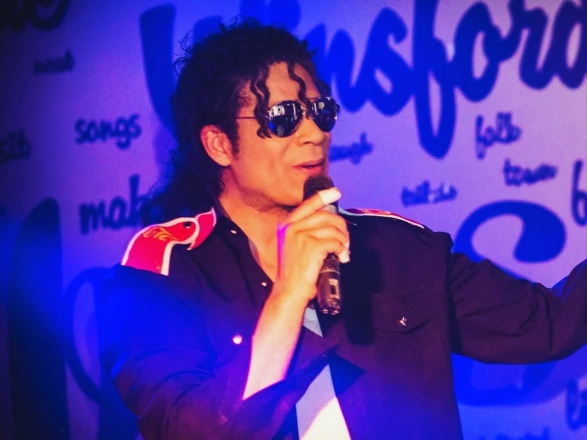 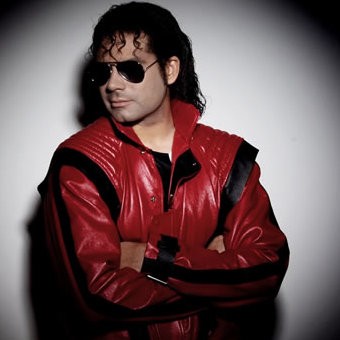 ANTHONY EDWARDS is the only Michael Jackson Tribute to perform 100% live on UK TV. Featuring 6 Costume changes, along with lively audience participation recreating the fabulous Jackson 5 live experience. Anthony performs Solo, with dancers or with a live band.

“MJ aka Anthony Edwards was amazing!”

Includes:
Wanna Be Startin' Something
Another Part Of Me
She's Out Of My Life
I want you back
The Love You Save
ABC
Blame It On The Boogie
Billie Jean
Rock With You
Shake Your Body
Heal The World
Thriller
Black Or White
Beat it
Man in the Mirror
Human Nature
Smooth Criminal
Hold My Hand
You Rock My World
Off the Wall
Bad

MJ aka Anthony Edwards was amazing!

“Hi, Everything went brill for my party! MJ aka Anthony Edwards was amazing! He is such a lovely man! Everything was perfect! He was there before me!! Very prompt! Everybody loved him and couldn't believe how good he was!! Thankyou again! Regards Lucy Jane x ”

Hi Anthony, You are more than welcome, you gave us a brilliant show, very pr...

“Hi Anthony, You are more than welcome, you gave us a brilliant show, very professional and a superb voice, I will most certainly book you again for next year. You are one hell of an act, thank you once again for appearing at Gosport and from the 5000 people that saw you thank you, I very much look forward to seeing you next year that’s for sure. Kind Regards' Dave Smith DPL Festival Management ”

“I've seen Anthony perform 5 times now and every time was utterly brilliant. So I was over the moon when he agreed to perform at my birthday party, all my family and friends thought he was fantastic and he made the evening extra special for me. As a life long Michael Jackson fan, Anthony's show proves that the music will live forever... Laura Wilson ”

Wow. What a fantastic performance, my husband and I are really please with Antho...

“Wow. What a fantastic performance, my husband and I are really please with Anthony Edwards, we had kept it a secret from all the other guests and they were over the moon when Michael Jackson was revealed. Everyone commented on how well he sang, he was very friendly and we would definitely recommend him to friends and family. Thank you Paula Brennan ”

Hi Anthony, I thought your performance was excellent, full of energy and styl...

“Hi Anthony, I thought your performance was excellent, full of energy and style. All my guests really enjoyed your performance; you are a credit to the legend that is Michael Jackson and I for sure will be booking you again in the near future. Once again thank you for making my son's birthday extra special, All the best, Roddy Moonesawmy”

Price from £641 + travel from Worcestershire

Most Alive Network artists travel UK wide and internationally. Get a guide price instantly by clicking the 'get quote' button and entering your event date and location. Make an enquiry and we will liase directly with (Michael Jackson) Anthony Edwards to confirm price, availability, and the provide you with a confirmed quote.

Highlights
* 100% Live Vocal
* 6 Costume changes identicle to Michael Jacksons
* Appeared on ITV's "Stars in their Eyes"!
* The only Michael Jackson Tribute to sing 100% live on UK TV
* Flown round the World with Sony Music
* So similar to the real thing any fan will be amazed!
* Anthony has played for and for Heather Small (M People) Jasper Carrot, Dina Carol & Sony Music
* From Jackson 5 to Thriller and beyond, Anthonys' repertoire is full of your favourites
* Available UK wide

Anthony Edwards is The Ultimate Tribute to Michael Jackson a show that celebrates the career of the world’s greatest entertainer. Moonwalking his way around the world, Anthony brings to life the sensational dancing and distinctive sound of Michael and the Jackson 5.

Anthony boasts a career spanning over 28 years, seeing him perform over 150 shows annually, paying The Ultimate Tribute to Michael Jackson.

Including the hits: I want You Back, ABC, Beat It, Thriller, Billie Jean, Smooth Criminal, Black or White, Man in The Mirror and the new single Hold My Hand plus many more!

“I can honestly say that his voice live was moving.  When he danced with me, I could hear him singing properly, and it was clearly him singing, very much like the man himself!”
-Wendy Murray-Williams